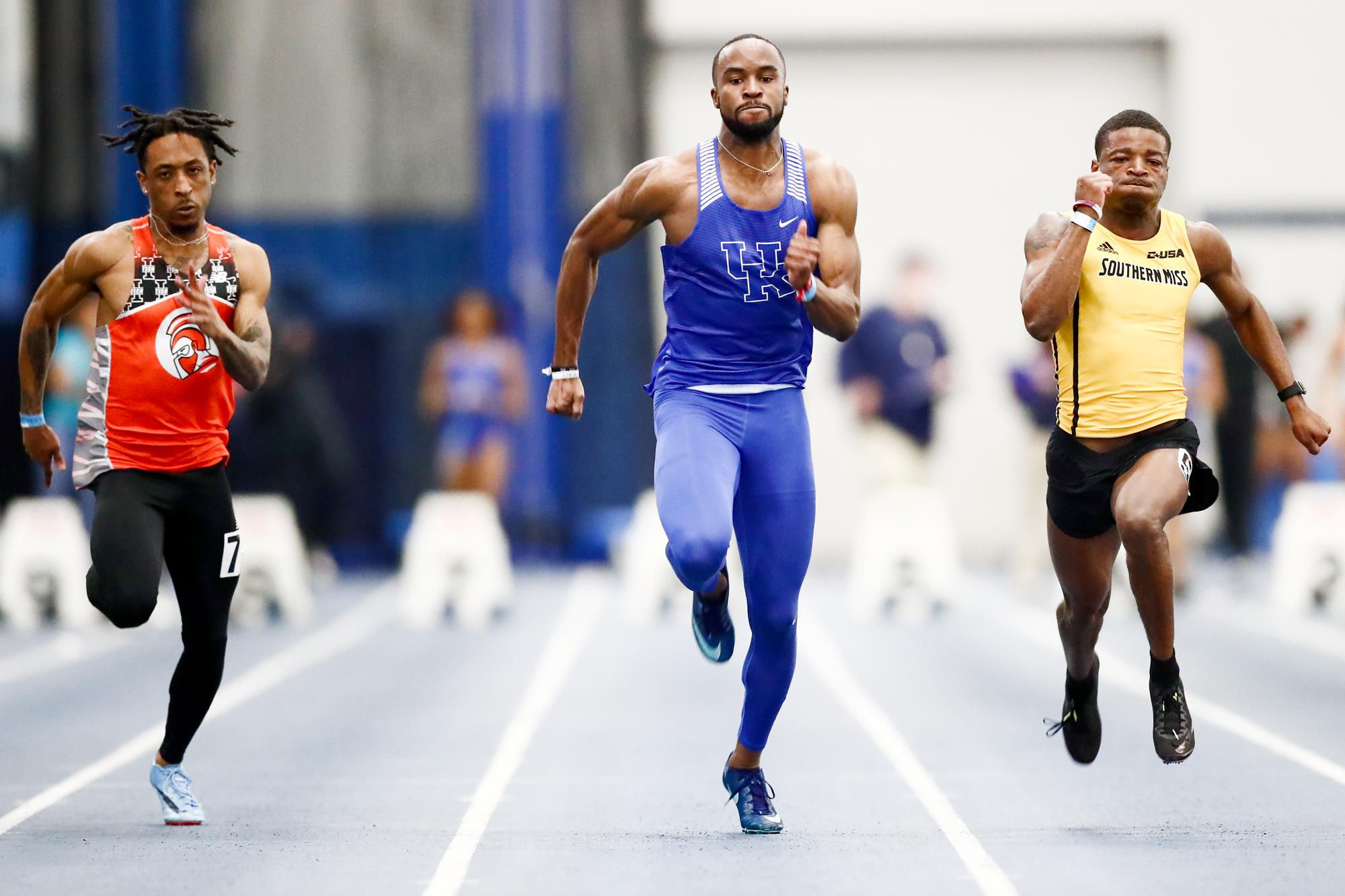 UKTF Finishes 2019 Edition of the McCravy with Nine Event Wins

The meet itself featured 17 marks that rank in the NCAA Division I top-25 this season at press time on Saturday night. Wildcats recorded seven of those marks. 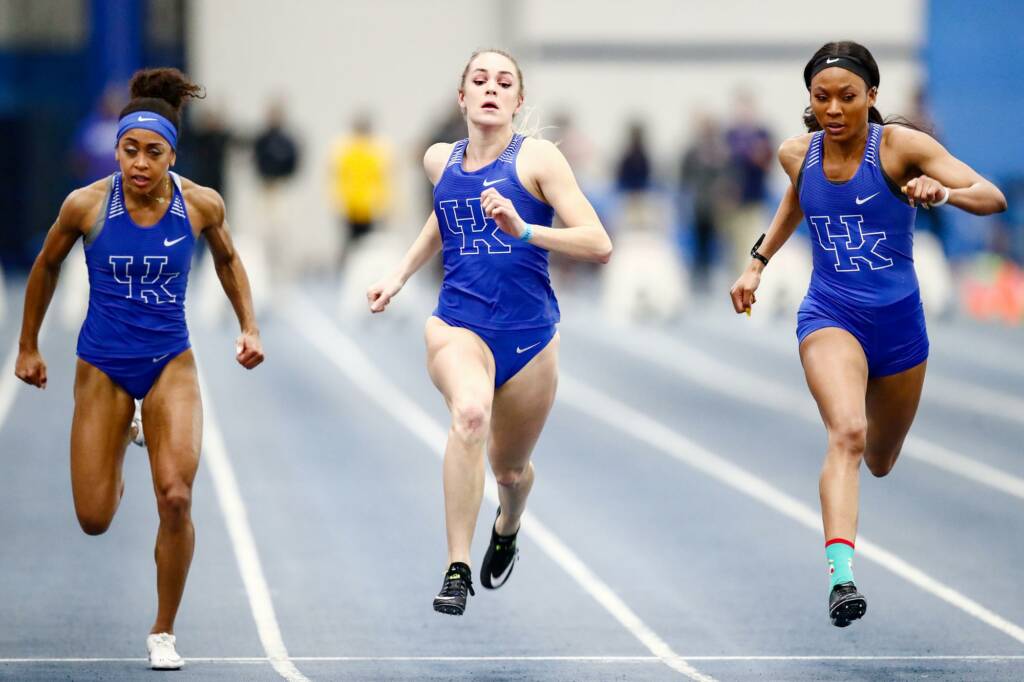 Senior Kianna Gray and freshman Abby Steiner pushed each other in both the women’s 60m prelims and final with the final coming down to a photo finish with the clock stopping at 7.30 – a season best for Gray and a personal best for Steiner. The veteran Wildcat edged the rookie in the photo with a .002 difference when measured to the thousands place. The 7.30s rank No. 17 in DI. 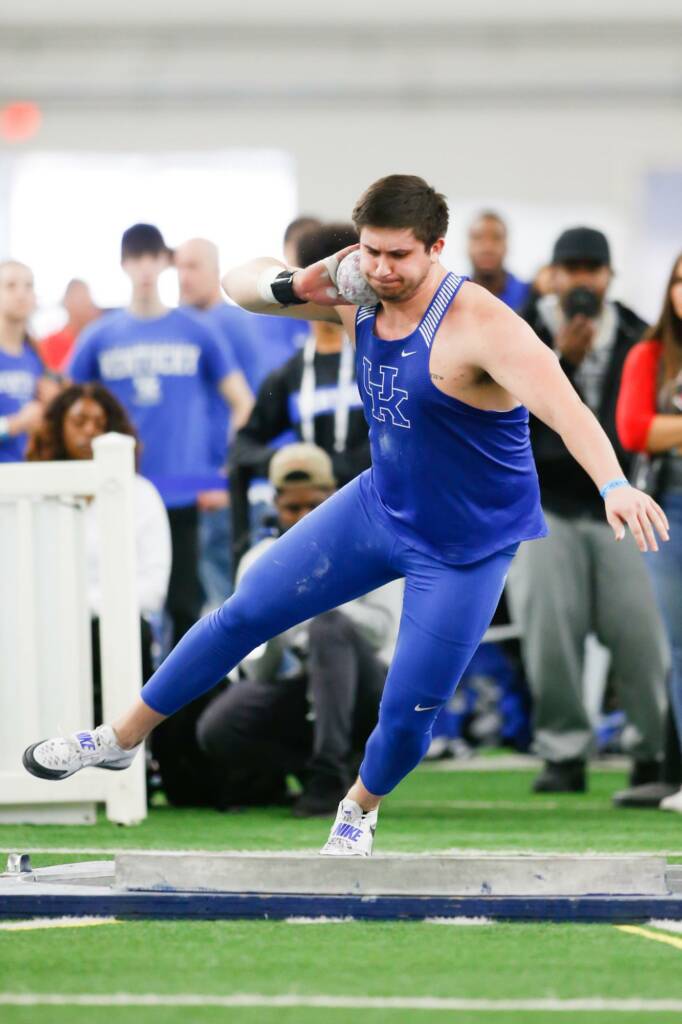 Russell was top collegian in the women’s 60m hurdles, second overall in 8.33.

Saturday notables
Caleb Wilt ran a PB 7.90 to place second to Roberts in the 60H, moving into a tie with freshman teammate Tai Brown for No. 5 on the UK all-time list.

Friday winners
Minor won the high jump with a season best and indoor personal record clearance 7’3″/2.21m, which ranks No. 10 in DI at the moment. The mark moved him to No. 2 on the UK indoor all-time list and also matched his overall previous best which he did at the Louisville Invitational last outdoor season while competing for Purdue.

Marie-Josée Ebwea-Bile Excel’s long jump of 19’09.75″/6.04m was enough to propel her into first, winning her first LJ title of the indoor season. Ebwea-Bile Excel entered the weekend with the top triple jump in Division I this season. 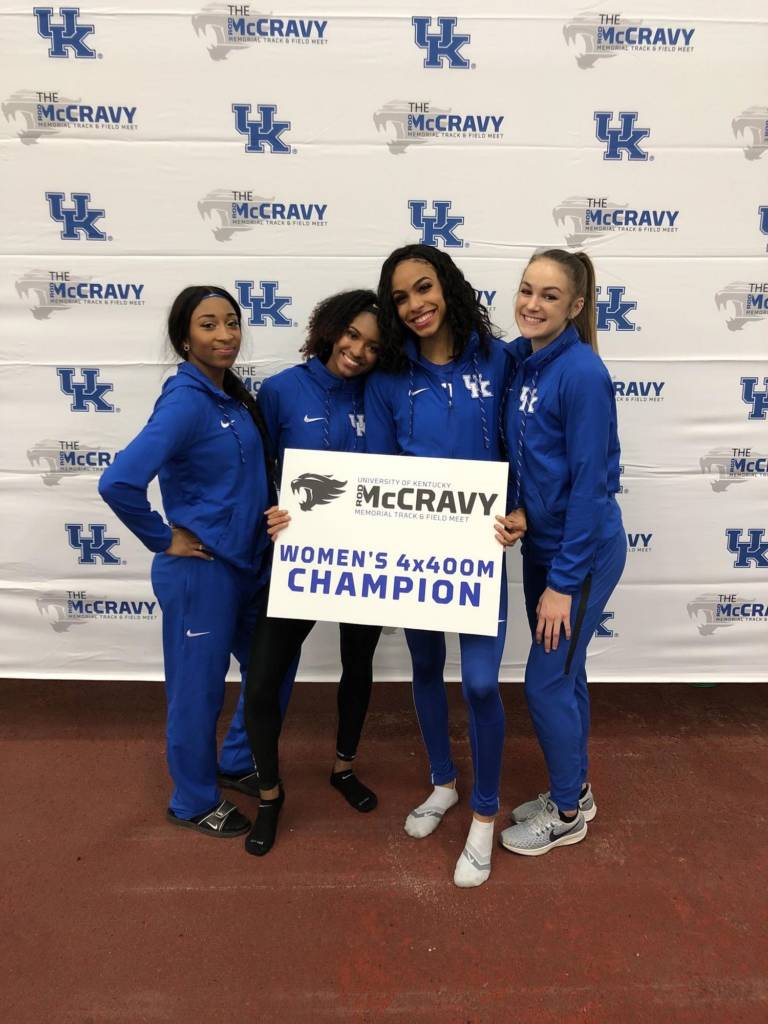 The UK women’s team entered the weekend ranked No. 10 and Ohio State was ranked No. 21 in this week’s USTFCCCA top-25.

Held annually since 1993, the meet honors Kentucky Wildcat Rod McCravy who suffered an untimely death as a freshman at UK.