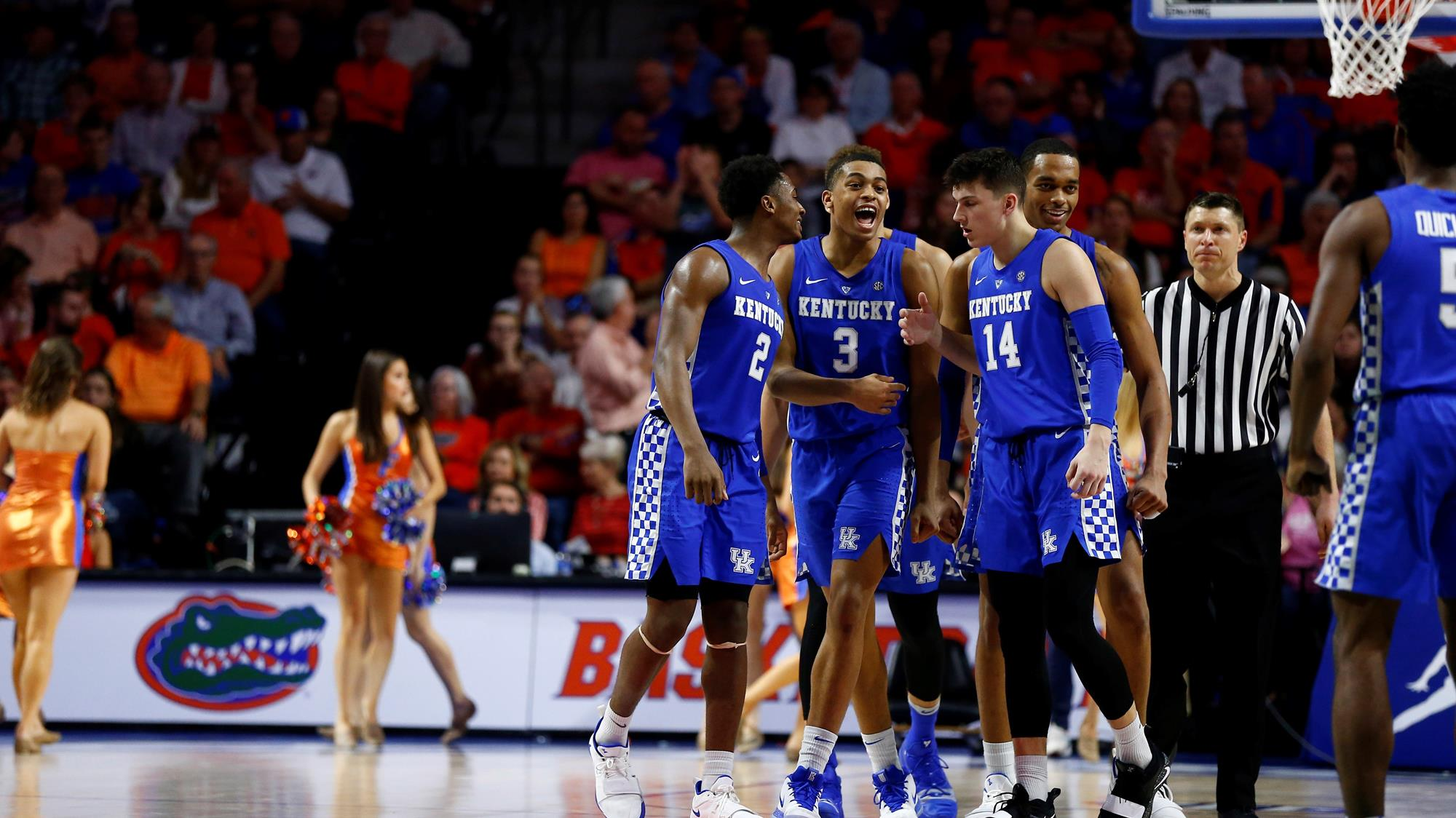 The Kentucky Wildcats spent most of the week hearing about how they had arrived.

Three wins in a row over ranked teams, a decisive road blowout and return to the conversation about national title contenders will generally lead to that.

Pulling up to Exactech Arena to get a feel for the gym the night before a showdown with Florida served as a perfect reminder that what the Cats are trying to do is not easy.

“When we pulled up, there were tents outside this building and I made sure they looked and said, ‘Do you understand what it means when we come to town?’ ” John Calipari said. “There were tents out there. You better be focused and ready, because that other team is, their fans are and you better be ready.”

Turns out the Cats weren’t quite ready, at least not for the first 26 minutes. At that point, Kentucky was down 42-31 and its seven-game winning streak was very much in danger. Shots weren’t falling and, much more troublingly, Florida was simply outworking the Cats.

“We’re still a work in progress,” Calipari said. “We’re halfway up the hill. We started the game you knew Florida would come out and they were going to come out and play and they did. We were tentative.”

That had to change. The motivation to make that happen came from a single source.

“We just had to dig down deep and come out and get it done,” Keldon Johnson said. “We knew that we didn’t want to lose and we all had each other’s back and we just went out there, locked down on defense, started communicating and shots started falling.”

Johnson, Tyler Herro and PJ Washington – UK’s three double-figure scorers – made their share of those tough plays in combining for 24 points during the decisive run. EJ Montgomery, meanwhile, didn’t score all day and had only three rebounds and a block in 10 minutes, but Coach Cal singled out for the highest praise.

“I was so happy for EJ Montgomery,” Calipari said. “Because I thought he was the difference in the game because we needed one more big guy to do something, to go get balls, to come up off the floor, to go be active defensively. He guarded the ball.”

The same was true of a pair of guards who managed only 2-of-12 shooting off the bench yet still found a way to help their team win.

“Jemarl (Baker) and Immanuel (Quickley) helped us,” Calipari said. “Immanuel went one for whatever, but it didn’t matter because he got the biggest rebound and made the free throws down the stretch to finish the game off.”

The play of Baker and Quickley helped UK overcome a rocky first half by Ashton Hagans. Hagans had two points and two turnovers at the break before turning it around, like his team, in the final quarter of the game.

Calipari loves that Hagans and the Cats were able to shake off their struggles and come up with a big road win, but he doesn’t want to let the comeback make them forget the lessons that can be learned from what necessitated it.