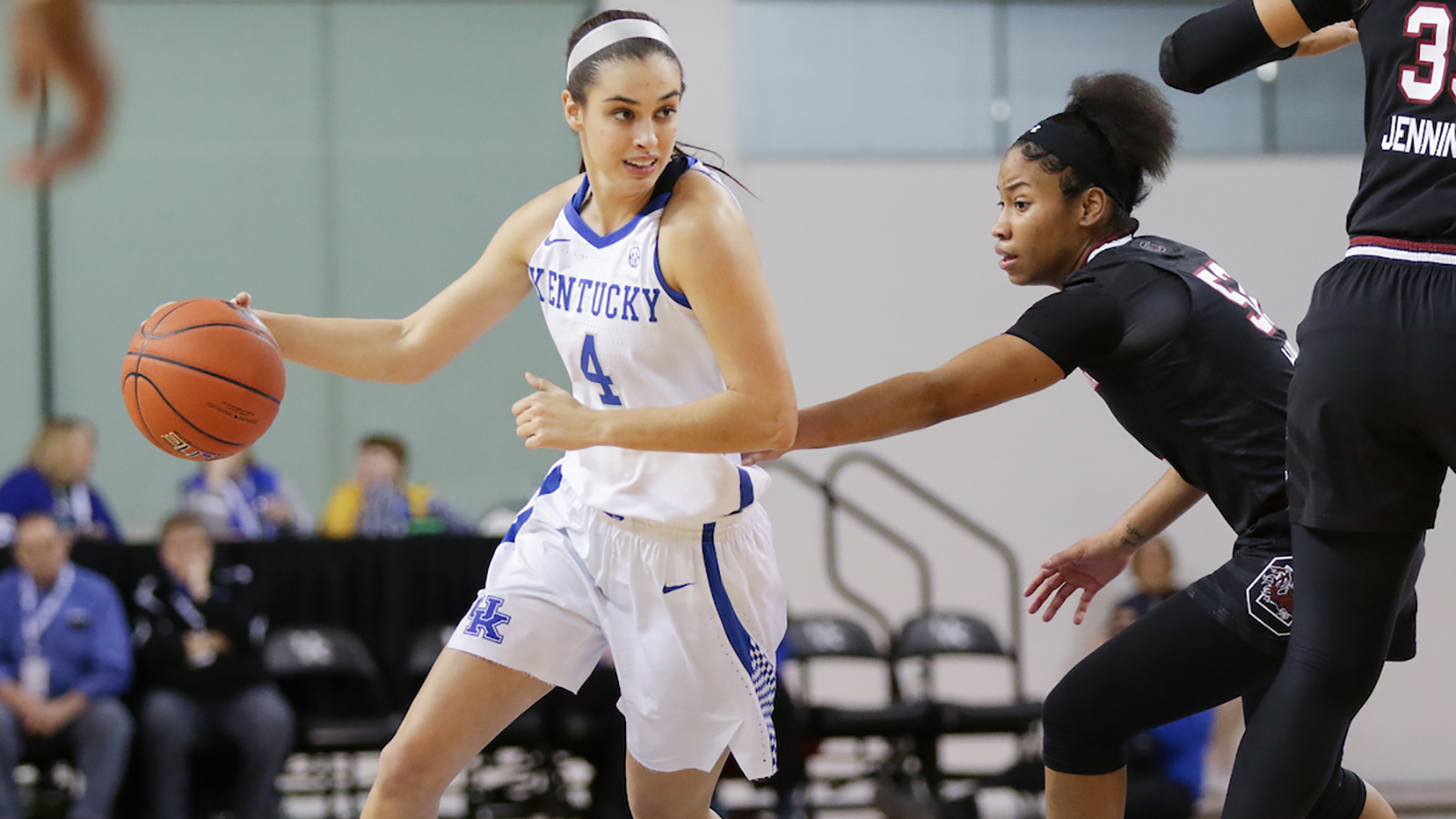 Morris, the senior from Bell County (Ky.) High School, connected on nine of her 18 shots from the floor, including three of eight from behind the arc. She added a season-high five assists and three blocked shots, which tied her career high.

Kentucky (17-5, 4-4 SEC) got 16 points from Rhyne Howard and 12 from Taylor Murray. Howard added three rebounds and a blocked shot, while Murray had five rebounds, five assists and two steals. With her 12 points, Murray moved into sole possession of 20th place on UK’s career scoring list. The senior from Odenton, Maryland, now has 1,223 points during her career in Lexington.

Kentucky got off to a quick start, hitting its first three shots from the floor and taking an early 7-2 lead in the process. South Carolina scored the next four points, but Kentucky then went on a 7-2 run to lead 14-8 with 4:00 left in the first period. The Gamecocks made a pair of free throws before Kentucky scored six straight, all by Morris, to take a 20-10 lead. But South Carolina scored the last seven points of the period to cut Kentucky’s lead to 20-17 after one period. The Cats hit nine of their 16 field goal attempts (56.3 percent), while the Gamecocks connected on seven of 16 (43.8 percent).

South Carolina scored first in the second period, cutting Kentucky’s lead to one, 20-19. But Kentucky scored six of the game’s next eight points, on a pair of threes by Morris, to lead 26-21 with 6:56 left in the half. But South Carolina fought back with a 10-2 run to close the half, and the Gamecocks took a 31-28 lead into the break. Kentucky made only one of its last 10 shots in the period, and just three of 14 overall in the second quarter. Morris led all scorers with 14 points in the first half.

In the fourth quarter, South Carolina would lead 63-46, its biggest lead of the game. But the Wildcats would mount a comeback, using an 8-0 run to cut the lead to single digits, 66-57, with 4:39 to play. The Gamecocks scored the next four, but the Cats scored the next four to again get within single digits, 70-61. Kentucky would eventually cut the lead to five, 73-68, on a basket by Howard with eight seconds left in the game. After South Carolina missed two free throws, UK got a basket from KeKe McKinney to cut the lead to 73-70 with two seconds remaining, but the Cats would get no closer.

Kentucky returns to action on Sunday, hosting Florida at Rupp Arena. Tipoff is set for 6:30 p.m. ET and the game can be seen on the SEC Network.