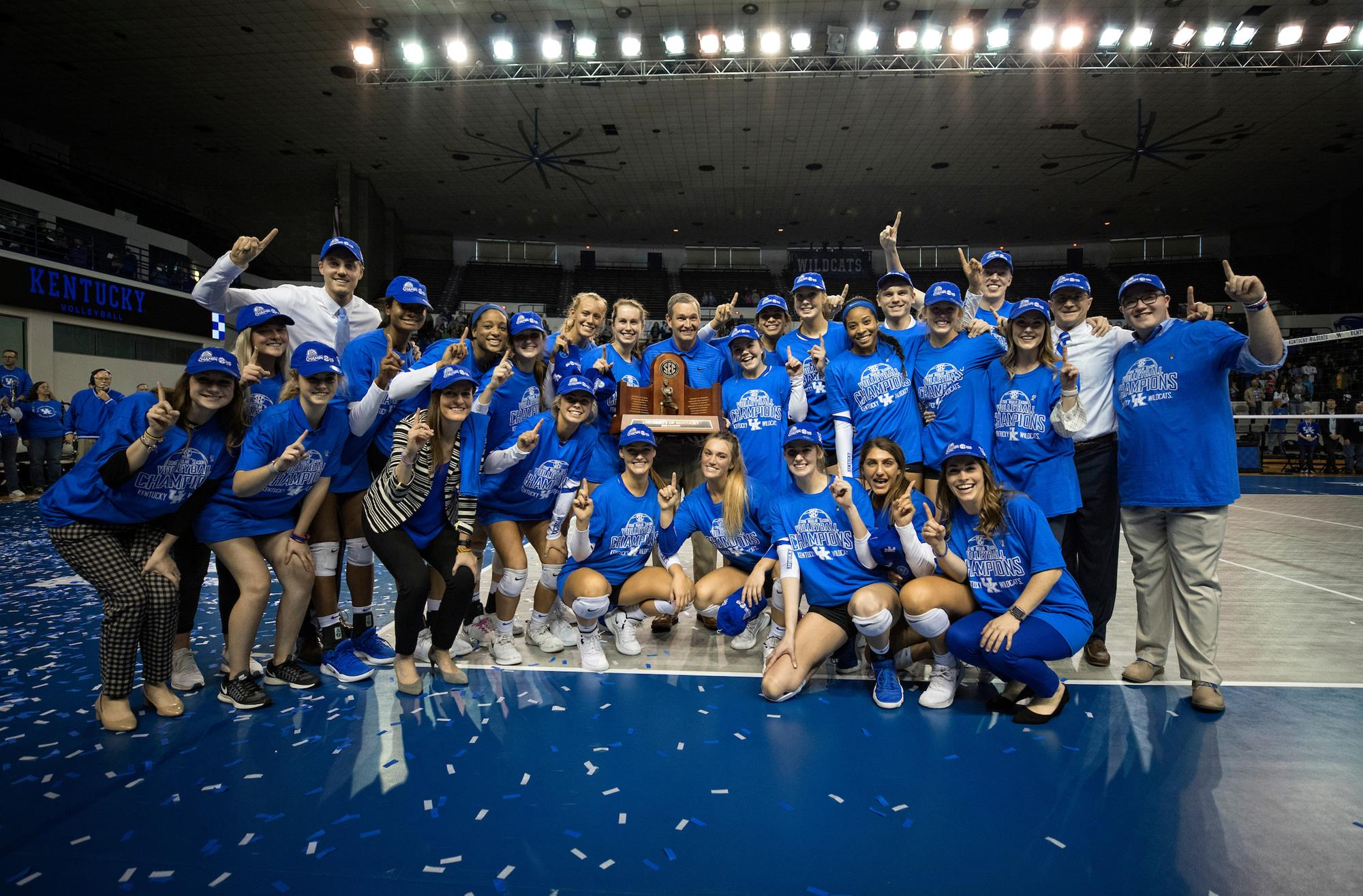 LEXINGTON, Ky. – After winning its second-consecutive Southeastern Conference Championship and going through the league schedule undefeated, the Kentucky volleyball team is looking forward to the start of spring action to begin preparation on the 2019 season. Head coach Craig Skinner and the UK staff have once again created a challenging slate for the spring.

“With a great core of returners it was really important for us to have a good spring schedule,” Skinner said. “These opportunities to compete have a good variety of home, road and neutral site scenarios. It will also be a good chance to experiment new systems, try new offensive patterns and challenge our players. Louisville, Pittsburgh and Tennessee are all very good teams and the KIVA Tournament brings in good teams every spring. We are looking forward to these matches.”

The schedule will feature four weeks of play, and will conclude with an exciting home match. The Cats will start the spring season on March 29 as they travel to take on rival Louisville at 6 p.m. ET.

Kentucky will also travel on April 6 for the annual KIVA Tournament held in Louisville, Kentucky. On April 12, the Wildcats will play NCAA Tournament participant, Pittsburgh, in Hilliard, Ohio, at Hilliard-Davidson High School which is the former home of Kendyl Paris. First serve for that match is set for 6 p.m. ET.

The Wildcats will conclude spring action with a home contest against Tennessee who finished as the runner-up in the SEC standings in 2018. The two teams will meet April 18 in Memorial Coliseum for a 6:30 p.m. ET first serve. Fans are encouraged to attend the home match. Admission will be free and the doors will open one hour prior to first serve.

Recently, Kentucky also hosted its annual season-ending banquet to celebrate the successes of the senior class and the historic 2018 season. Brooke Morgan won the Breakout Athlete award for the team’s most improved player and Merideth Jewell won the Players’ Award, which is given to the player who best represents Kentucky volleyball on and off the court. Both awards were voted on by either staff members or teammates.

Morgan enjoyed the most prolific season of her career en route to earning All-SEC honors and being tabbed an AVCA All-America Honorable Mention recipient. She charted career-bests in hitting percentage (.409), kills per set (2.36), aces (28), blocks (107) and points (342.0) during her final campaign. After playing opposite hitter for her first three seasons, she made the move to middle blocker during her senior campaign and thrived.

Jewell, played the part of leader all season long for the Wildcats. The 5-foot-11 Louisville, Kentucky, native did a little bit of everything for the Wildcats during her senior campaign. She served in big moments, came up with clutch digs as a defensive specialist and propelled the Cats to one of its most memorable wins of the season with two stuff blocks to clinch a fourth-set comeback win at Tennessee to begin league play.

As a team, Kentucky finished the year 27-5 and won the SEC Championship for the second season in a row. It marked the first time since 1987-88 the Wildcats won the championship in successive seasons. Kentucky advanced to the NCAA Regional Semifinals for the fifth time under Skinner and the Wildcats put together a 23-match winning streak, the second longest in program history.