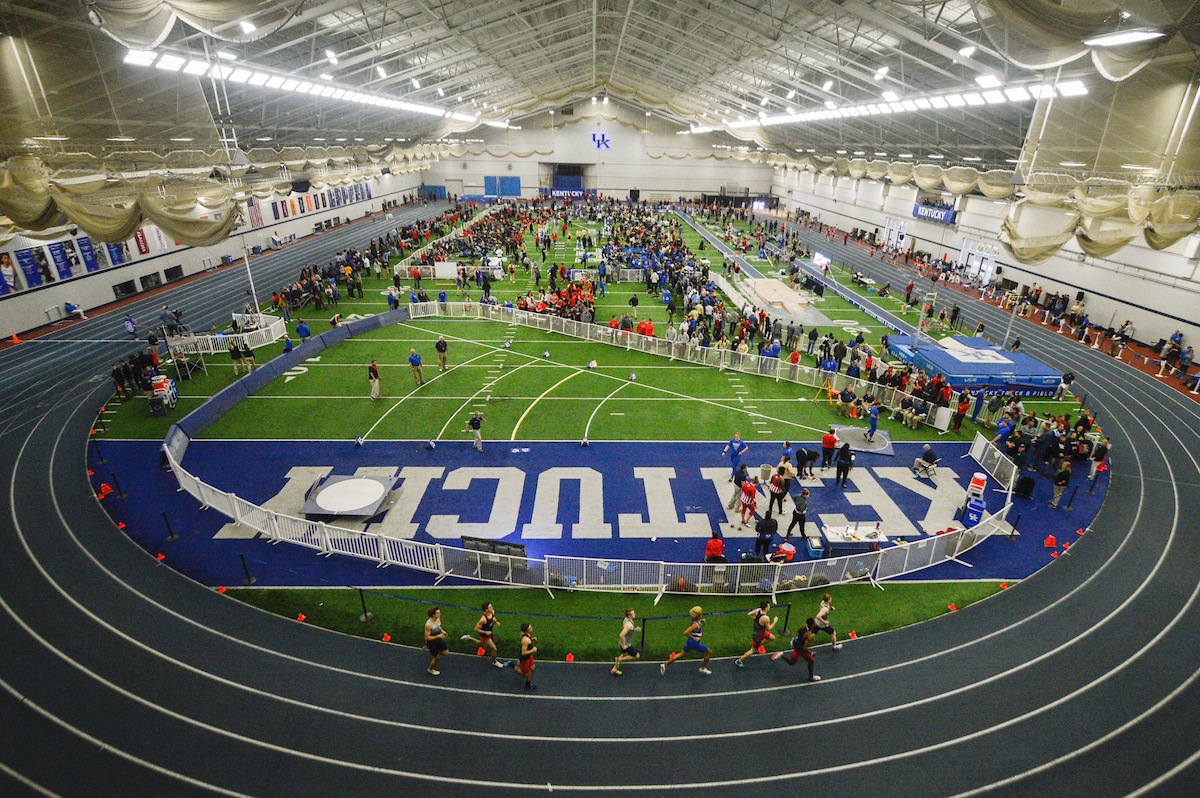 Admission is free. Parking will be available in the Green Lot adjacent to Nutter Field House and Kroger Field.

The meet starts at 4 p.m. ET with the men’s and women’s high jump, the women’s long jumb and women’s weight throw.

On Saturday the meet resumes at 1 p.m., and the last sections of the 4x400m relay will conclude the competition at 4:35 p.m. ET.

The best way to follow the meet will be via live results and on social media feeds.

Held annually since 1993, the meet honors Kentucky Wildcat Rod McCravy who suffered an untimely death as a freshman at UK.

Honoring Rod McCravy
The high level of competition at the meet has turned into a fitting tribute to its namesake: the late Rodriq McCravy.

McCravy, a UK track athlete, died at the age of 19 in 1987 while sleeping in his dorm room. Although only a sophomore, Rod had already become the track team’s leader. His personal charisma and genuine care for others earned him the respect and admiration of all his teammates.

His personal impact on his teammates, friends, and coaches went well beyond athletics. A social work major, Rod is remembered as a dedicated, enthusiastic athlete, a conscientious student, a cherished friend and most important, an outstanding human being.

A graduate of Louisville Trinity High School, Rod was a two-time class AAA state champion in the 300m hurdles. He once held the UK freshman 400m hurdles record (53.35), and was part of a then-school record 4x400m relay team.

The meet is named in his honor to help members of the UK track and field community to remember him as well as provide an ongoing opportunity to speak about Rod and the positive influence he had on everyone who knew him.

Ellen Ekholm tied the school record indoor-high-jump clearance 6’0″/1.83m, a mark that ranks fourth in the NCAA this year.