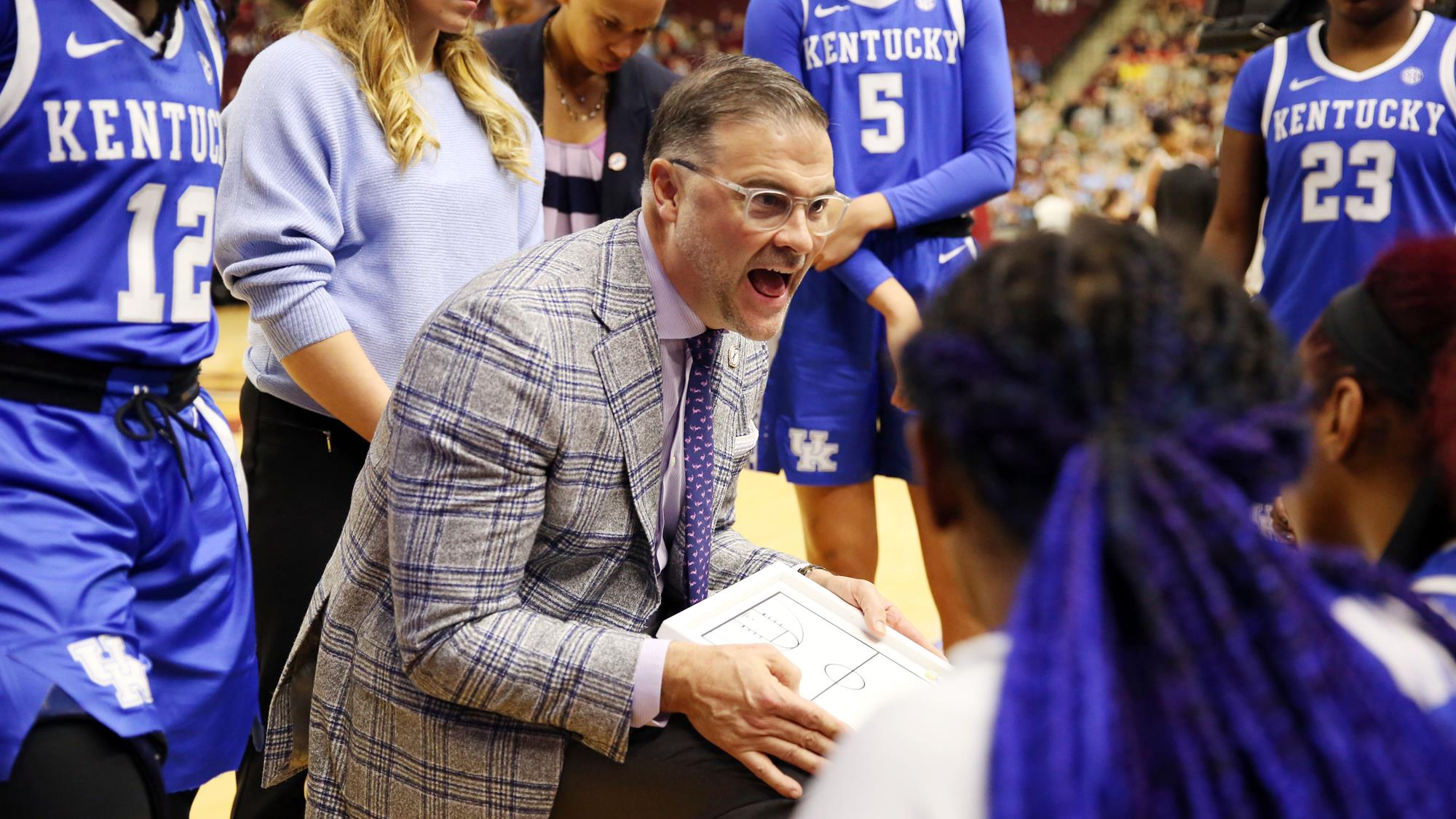 Kentucky takes the same approach to film review, no matter what.

A few weeks ago, Mitchell harped continually on the Cats’ performance on the boards. In each of UK’s first five SEC games, the Cats were outrebounded. That included a two-game stretch against Mississippi State and Tennessee in which UK lost the battle on the boards by a combined 42.

An area for progress, without question.

“When a team is not doing one of the fundamentals well, I think that is a coaching problem,” Mitchell said. “I think that is our problem and we’ve got to get that corrected. So, we’ve tried to start each practice with a real emphases on rebounding. We’ve tried to coach it better and the players have really responded with two very solid rebounding performances.”

First, UK outrebounded Missouri by 12 in victory. Most recently, the Cats had a plus-two rebounding advantage on the road in a hard-fought loss against a Texas A&M team that outrebounds opponents by an average of nearly 10 per game.

“We still have a lot of improvement that we can make in that area,” Mitchell said. “But, at least now when the shot goes up we’re not staring at the ball and trying to find someone. They’re trying, and that is really important. … So, I give the players a lot of credit for getting that moving in the right direction and making some improvements.”

Even through that praise, UK will continue to focus on rebounding. The Cats have added a new area for progress after Sunday’s loss though.

“One thing that I thought was disappointing in the Sunday game versus Texas A&M was just our offensive spacing, our timing and our execution and we need to clean that up,” Mitchell said. “We’ve had some good moments of that throughout the season, but that needs to improve over the coming days.”

South Carolina will certainly present a test on that front. The Gamecocks are allowing just 63.8 points per game and 38.4-percent shooting on the season, with their best basketball coming in SEC play. South Carolina has won six of seven games in conference.

In spite of the magnitude of that challenge, it’s still all about praise and progress for Kentucky.

“Well, what we have tried to do all season is largely staying focused on what we need to do to be successful no matter who we are playing,” Mitchell said. “Certainly, each team poses a unique challenge. But, we have tried to keep a good structure to our SEC practices to make sure that we devote enough time to what Kentucky needs to do well to win games.”