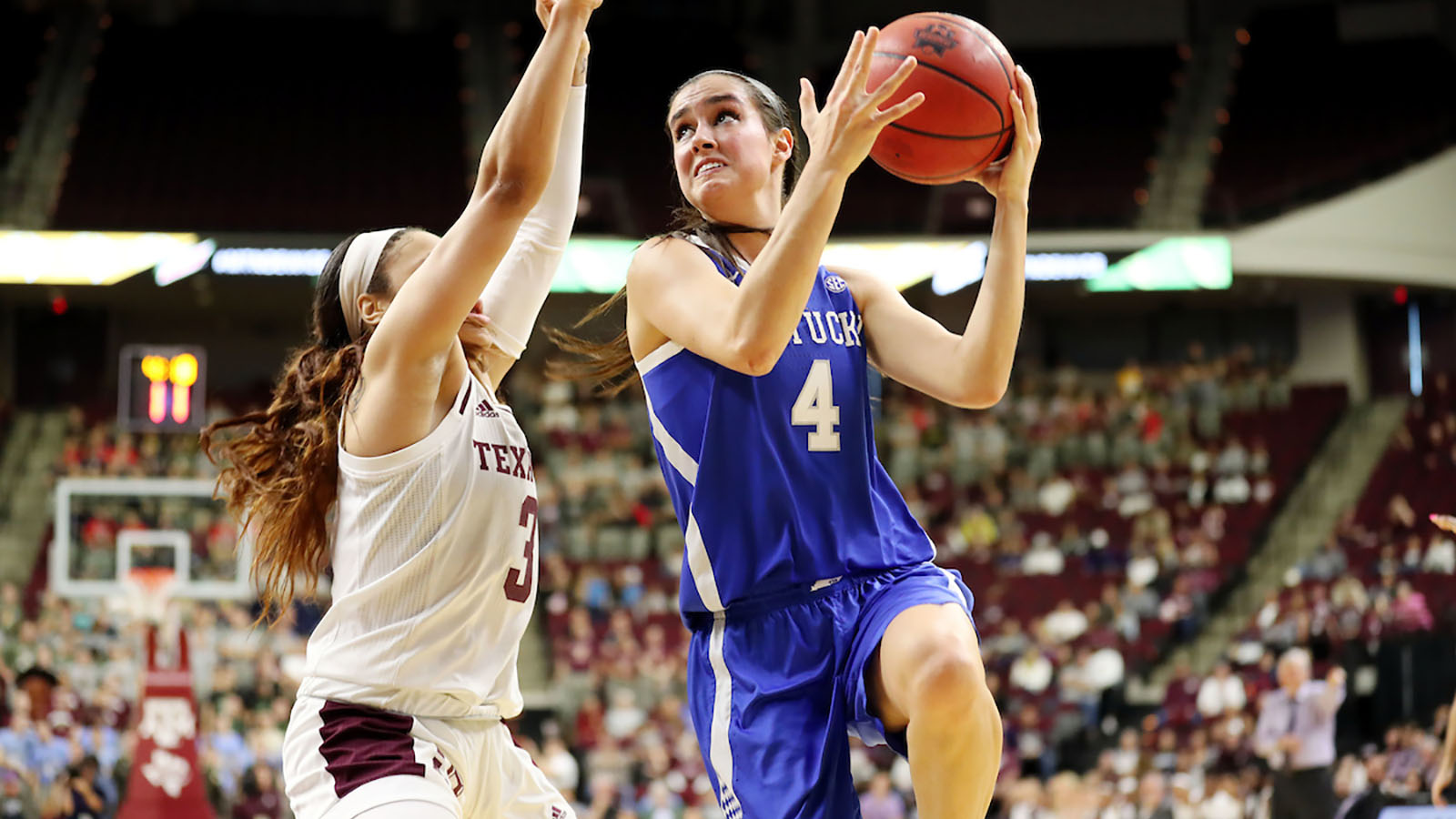 Rhyne Howard also had a big game for the Cats with 21 points, eight rebounds, four steals and two assists. No other Wildcat scored in double figures.

Both teams struggled to get going on offense early. In fact, Kentucky made its first shot of the game, a Tatyana Wyatt basket, then missed its next eight shots. But Texas A&M couldn’t get away, as the Aggies only had a 6-2 lead at the first media timeout. Kentucky would cut the lead to 8-5 on a three-pointer by Howard, but A&M scored the next six to lead 14-5, forcing a Kentucky timeout.

Out of the break, Howard drilled her second three of the period, cutting the lead to 14-8. A&M got an old fashioned three-point play from N’dea Jones before Morris hit her first three of the game, making it 17-11. The Aggies would get the final basket of the period, taking a 19-11 advantage into the second quarter.

Early in the second period, Howard was at it again, making her third three-pointer of the game, cutting the lead to 19-14. That shot was part of a 7-0 run that UK used to cut the lead to one, 19-18. But A&M scored the next four to lead 23-18. Kentucky again sliced the advantage, cutting the lead to two, 25-23, on a three from Morris. But the Aggies, again, had the answer, scoring six in a row to take a 31-23 advantage.

The Cats would mount a rally of their own, scoring eight straight to tie the game at 31 apiece with 1:23 left in the half. The Aggies got the final basket of the half and took a 33-31 lead into the half. Howard led all scorers with 12 in the first half. Kentucky hit seven of 15 (46.7 percent) from behind the arc in the half.

Neither team scored again until Howard was fouled on a three-point attempt with 9.9 seconds remaining. The freshman made the first of three free throws, missed the second and made the third, cutting the advantage to 72-71. Kentucky then fouled A&M’s Jones, who made one of two to give the Aggies a 73-71 lead with 8.5 seconds to play.

The Wildcats called a timeout to advance the ball and set up the final possession. Howard attempted a mid-range jumper that rimmed out and A&M grabbed the rebound. The Aggies missed two free throws with 0.7 seconds left, but Kentucky’s full-court heave at the buzzer came up short.

Kentucky returns to action on Thursday, hosting South Carolina at Memorial Coliseum. Tipoff is set for 6:30 p.m. ET and the game can be seen on the SEC Network.