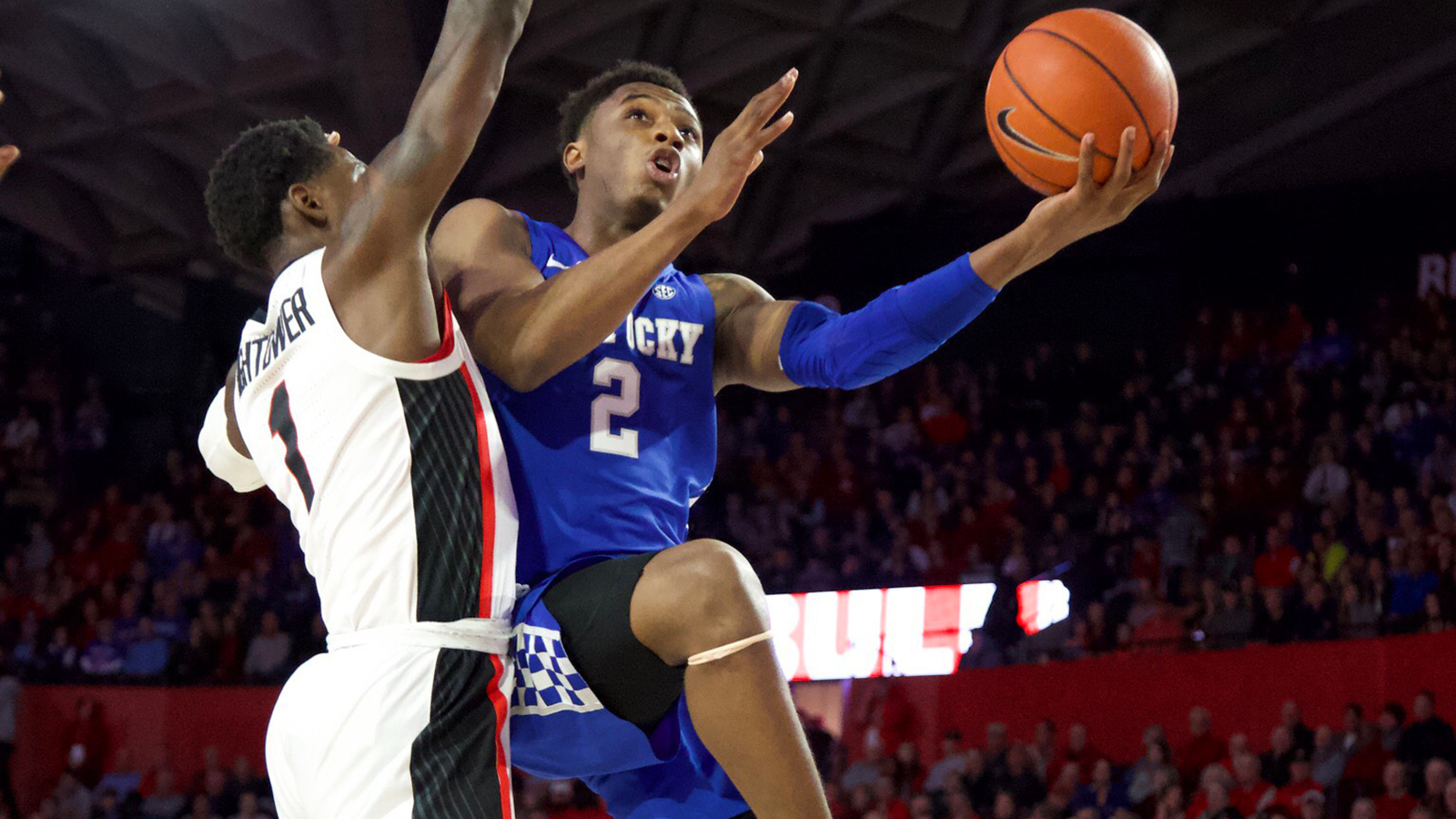 ATHENS, Ga. – Ashton Hagans knew he was going to get booed returning to his home state.

It sure didn’t seem to bother him.

With the crowd jeering each time he touched the ball, Hagans scored 23 points in a brilliant all-around performance that led No. 12 Kentucky to a 69-49 rout of Georgia on Tuesday night.

Hagans, a freshman point guard, initially committed to Georgia while still in high school but wound up signing with Kentucky.

That change of heart — largely the result of a coaching change by the Bulldogs — made Hagans a convenient villain for the sellout crowd at Stegeman Coliseum.

“When I heard the crowd booing me, it was just like, `Let me just go out here and put on a show,” he said. “I’m at home. I played good in front of the home crowd, even though I was getting booed. But other than that, I had my family here. I’m just happy they saw me play.”

Hagans reached double figures for the fifth game in a row and eclipsed his previous high, 18 points a week ago against Texas A&M. But the youngster’s contribution went much deeper on the stat sheet — he also had five rebounds, four assists and four steals for the Wildcats (13-3, 3-1 Southeastern Conference).

Hagans was still piling up numbers an hour after the game. After reviewing the game video, Georgia officials gave him credit for a steal initially credited to Tyler Herro.

“Coach put me in a role. He let me have the ball more. He let me find the open guys,” Hagans said. “I’m just going back to playing my game like I did in high school: finding my shooter, attacking the basket, looking for my bigs. I’m just loving how I’m playing these past couple of games. I’ve got to keep it going.”

Hagans seemed to be pressing a bit in the early going, missing his first four shots.

After that, he was pretty much unstoppable.

“It rattled him early,” coach John Calipari said of the booing. “It inspired him later.”

First-year Georgia coach Tom Crean, who took over after Mark Fox was fired, tried to persuade Hagans to fulfill his initial commitment to the Bulldogs.

Crean really wishes he had him now.

“We’re not tough enough on the ball,” the coach said. “We’re not aggressive enough, nasty enough defending it.”

With Hagans wearing blue instead of red, Georgia was left with senior Turtle Jackson starting at the point. He managed only two points on 1-of-8 shooting for Georgia (9-7, 1-3).

“We’ve just got to learn from this, come out with a different mindset and just keep pushing,” Jackson said.

The Bulldogs led by five in the opening minutes before going to the locker room down 35-31.

Hagans took control after halftime, leading Kentucky to its third straight victory. He knocked down a 3-pointer just ahead of the shot-clock buzzer, darted into the lane to scoop one in, and took off on another layup set up by his own steal — the one initially given to Herro.

Just like that, Kentucky pushed the lead into double figures, 42-31.

It was no contest after that.

In the closing minutes, as most of the red-clad fans headed for the exits, a sizeable contingent of Wildcat fans chanted, “Go Big Blue!”

Nicolas Claxton led Georgia with 12 points. The Bulldogs shot only 30 percent (17 of 56) from the field.

After some defensive adjustments and better communication, Kentucky tightened things down at defensive end.

“I’m thinking, `Is this going to be a 100-point game?” Calipari said. “When one guy breaks down, you’re going to struggle. When two guys break down, they’re going to get five straight dunks.”

Hagans played his high school ball about an hour’s drive from Athens.

The freshman initially backed off his commitment to Georgia last February when it became apparent that Fox’s job could be in jeopardy.

Indeed, Fox was fired after the season and replaced by Crean.

Even though he signed with Kentucky, Hagans conceded that he’s still a Georgia football fan.

Kentucky: Hagans is really taking control of the Wildcats after playing limited minutes early in the season. He is averaging 15.8 points over the last five games, a huge jump from his 3.8 average in the first 11 games.

“I’m proud of him,” Calipari said. “The way it started early on, we were still figuring each other out. He wasn’t playing much, averaging three points a game. People were like, `Transfer?’ No! It’s a process.”

Georgia: The Bulldogs still have a lot of work to do, especially in the backcourt. The other starting guard, Teshaun Hightower, had only five points.

Kentucky: The Wildcats begin one of their toughest stretches of the season with a game Saturday at No. 14 Auburn — the first of three straight games against teams ranked in the AP Top 25.

Kentucky Falls to No. 9 Kansas on Saturday