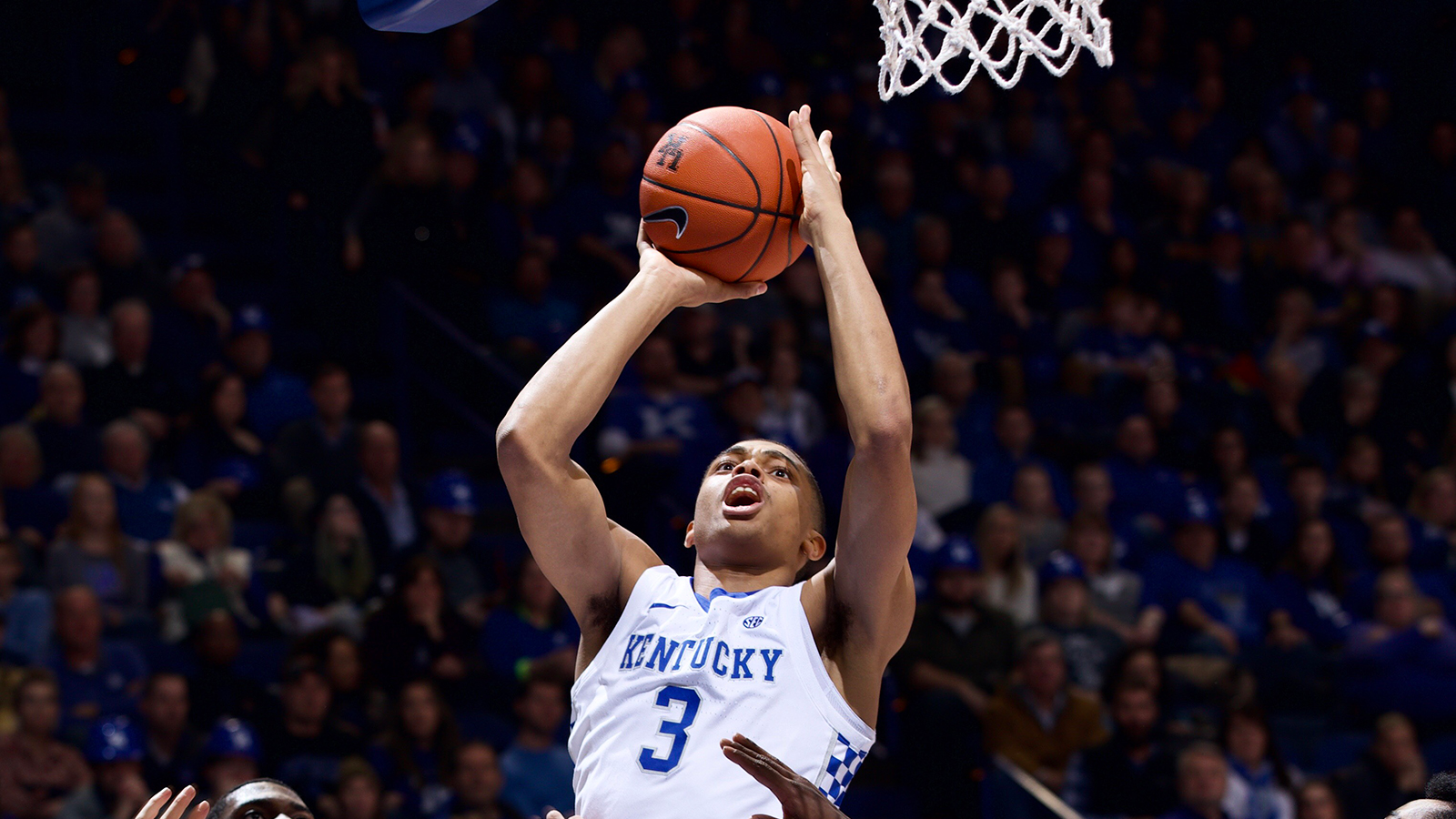 by Associated Press
Share
LEXINGTON, Ky. – Kentucky believes it will figure out how to start games with the focus and resolve it has shown in closing them.

Now would be fine by coach John Calipari after again watching his No. 18 Wildcats having to scrap past Vanderbilt.

Ashton Hagans and Keldon Johnson each scored 15 points and combined to rally Kentucky from another slow start in a 56-47 win over Vanderbilt on Saturday night.

“We’ve got to figure out how we start games, this is getting ridiculous,” the coach said after the Wildcats (12-3, 2-1 Southeastern Conference) had to climb from a second consecutive double-digit hole in the early minutes.

“It’s five halves in a row where we just start the game and we’re getting smashed.”

This time it was Kentucky’s initial failure to defend the Commodores’ perimeter shooting, which propelled them to a 16-4 lead and 30-28 edge at the break. Vanderbilt was pretty effective inside the arc as well, shooting 11 of 22 overall and hanging in as Kentucky slowly closed the gap.

Johnson and Hagans then took over and combined to score the first seven points of the second half for the Wildcats’ first lead at 35-30. Kentucky steadily pulled away for its second consecutive win, despite a season low in points.

“It’s just clicking together and not letting up on the defensive end,” said Hagans, who made 7 of 9 shots and had four assists and three steals. “As the season goes along, we’re going to click on at the beginning of the game and just get it going from there.”

Kentucky shot 53 percent after halftime and 50 percent overall, while holding Vanderbilt to just 6 of 25 (24 percent) in the final 20 minutes. Three-point defense was key as the Wildcats allowed just 2 of 14 in the second half.

“We gave up some 3s to guys that usually make shots,” Kentucky guard Immanuel Quickley said, “and we had to press up on them, make them drive and I think we did that.”

The Wildcats also outrebounded the Commodores 38-21, with Reid Travis’ 12 boards leading the way. Quickley’s outside shooting also helped as he had 12 points with three 3s for the Wildcats.

Aaron Nesmith had 11 points, while Saben Lee and Joe Toye added nine apiece for Vanderbilt (9-6, 0-3), which shot below 40 percent for the second consecutive game.

“I thought our team made huge strides from our first two conference games,” Commodores coach Bryce Drew said. “We moved the ball much, much better and I thought we all played together — much, much better in a tough environment on the road.”

JUST SORE, IS ALL

Johnson and Hagans both left the game briefly in the second half with injuries. Johnson banged his right knee on the floor and limped off. Hagans was helped off with a back injury sustaining while falling on another player’s foot. Both said they were OK.

Kentucky should move up a few spots in what figures to be a reshuffled Top 25.

Vanderbilt: Everything started well enough for the Commodores, who started 5 of 11 from long range and seemed to thwart every Kentucky attempt to go ahead in the first half. Poor shooting was only part of their second-half woes, as they struggled to slow Kentucky on offense and couldn’t stop the `Cats on the glass.

“In the first half we controlled the pace,” Drew added. “We knew the second half was going to be crucial and they went on that 7-0 run to start and we just couldn’t catch up.”

Kentucky: Credit the Wildcats for again shaking off a sluggish beginning to finish strong. They owned just about every statistic, but overpowered the Commodores on the board and in the paint (32-16). But it involved another wakeup call, a troubling trend they must avoid the deeper they get into their conference schedule.