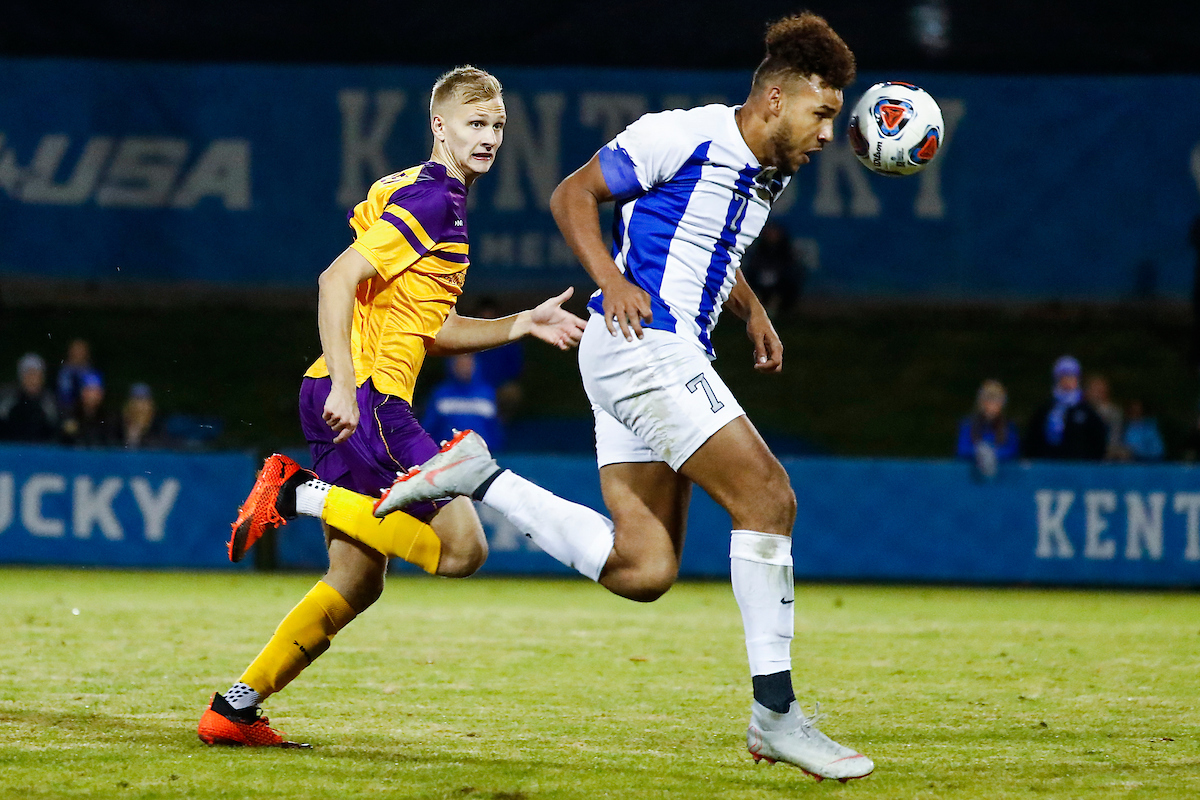 Hermann Trophy, With UK’s Williams a Finalist, to be Presented Friday

A live stream of the press conference announcing the winners will be carried on machermanntrophy.org and on the MAC Hermann Trophy Facebook page beginning at 7 p.m. ET (6 p.m. local). Dan Flynn, CEO/Secretary for U.S. Soccer, will be the featured guest.

The MAC Hermann Trophy, presented by World Wide Technology, is the top individual award in NCAA Division I soccer and has been awarded annually since 1967.

The winners and finalists for the MAC Hermann Trophy are determined by a vote of Division I coaches who are members of the United Soccer Coaches. The Missouri Athletic Club has been honoring the top players in college soccer since 1986.
Williams, a First Team All-American was also the Conference USA Player of the Year and Offensive MVP.

The junior forward established himself as perhaps the nation’s top attacking threat leading the Wildcats to the Conference regular season and tournament double and an NCAA Tournament Elite Eight berth after claiming the No. 3-overall seed in the Big Dance.

He scored 18 goals – third most in the nation – nine game winners – second most in DI – and ranked third nationally in total points (44).

His goals and points totals were the UK single-season records.