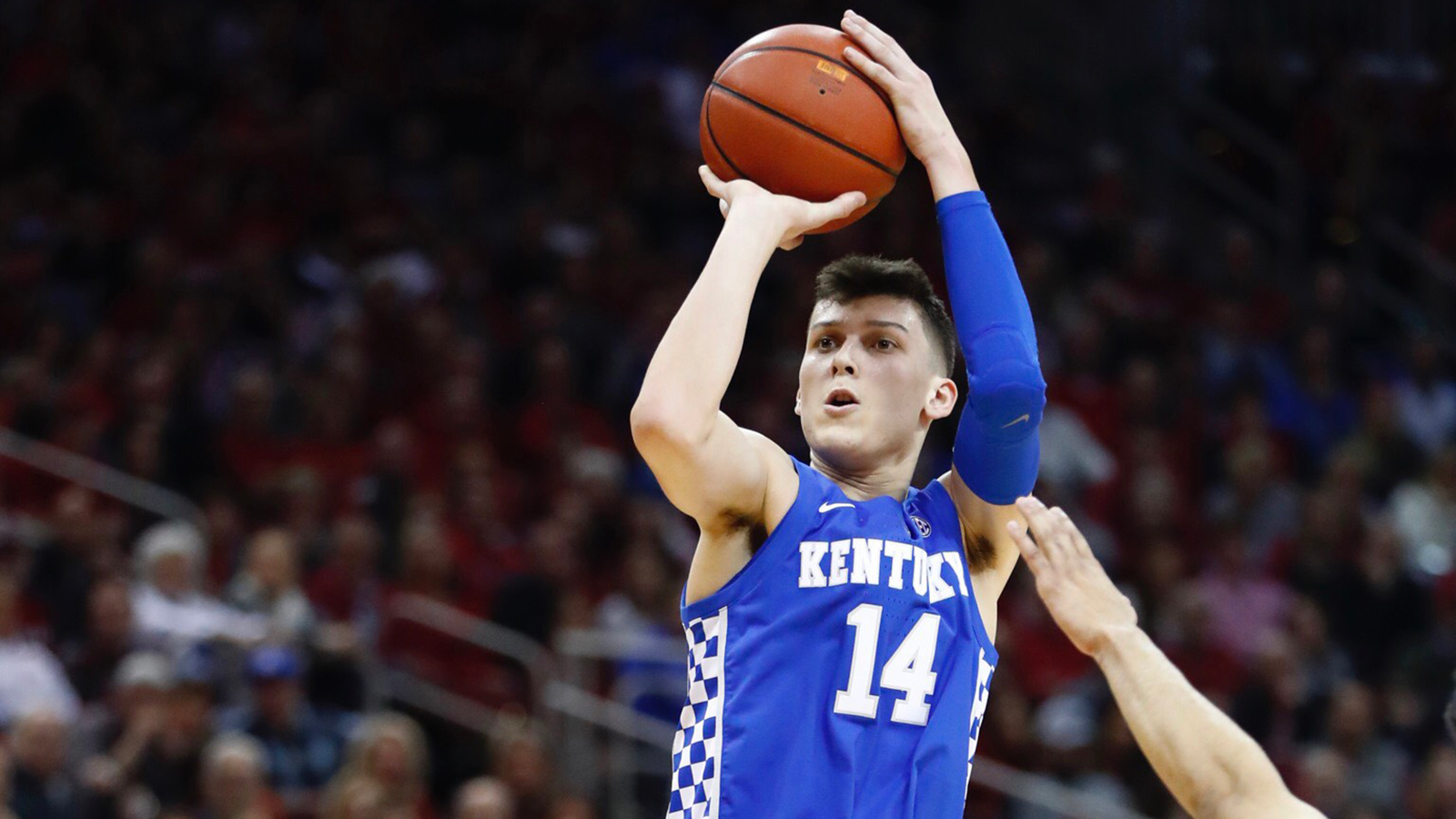 Herro the Latest to Step Up for Increasingly Player-Driven Cats

There’s no telling how a true freshman will respond in this rivalry. Some let the hype get to their heads, while others rise to the occasion.

Tyler Herro didn’t waste much time proving he falls into the latter category.

“I was out there just having fun, playing inside the game,” Herro said. “I think I just let the game come to me. It felt good to see a few shots go down for once.”

Herro was a star in his Kentucky-Louisville debut, scoring 24 points in a 71-58 victory for the No. 16/15 Wildcats (10-2) over the archrival Cardinals (9-4). He was on the floor for all but four minutes and added five rebounds to his career high in scoring.

Herro made 10-of-13 field goals and 4-of-6 3-pointers, attacking the basket and hitting from outside in equal measure. In fact, it was Herro and Keldon Johnson’s penetration that helped create an early gap for the Cats.

That was important, but Herro was just as impactful on the other end. He had a pair of steals and was frequently disruptive in passing lanes, forcing the Cardinals out of their regular offense. Combine that with Herro’s rebounding and Johnson’s seven rebounds and characteristic energy and it’s clear the two freshmen are taking Calipari’s most important point of coaching for them to heart.

With Herro and Johnson catalyzing, Ashton Hagan’s defensive intensity and developing offense, and the work of PJ Washington and Reid Travis inside, UK has now won back-to-back huge ballgames. Victories over North Carolina and Louisville are not only now the high points of UK’s résumé, they also have served to remind everyone why Kentucky was so highly thought of in the preseason.

More importantly, they are a sign that UK is developing as Calipari is challenging them to.

Calipari has been steadfast in believing in both his team and his March-focused approach to coaching it, even as questions swirled following a humbling loss to Duke and overtime heartbreaker against Seton Hall. It’s no surprise then, that Coach Cal hasn’t changed his tune when talking about his team. Only the context is different.

“We’re just getting better and better and it just takes time and it’s a process and we win or learn,” Calipari said. “So everybody can get mad that I said that again. We win or we learn. When it’s a process with these young guys, that’s what it is and the biggest thing is me trying to figure them out.”