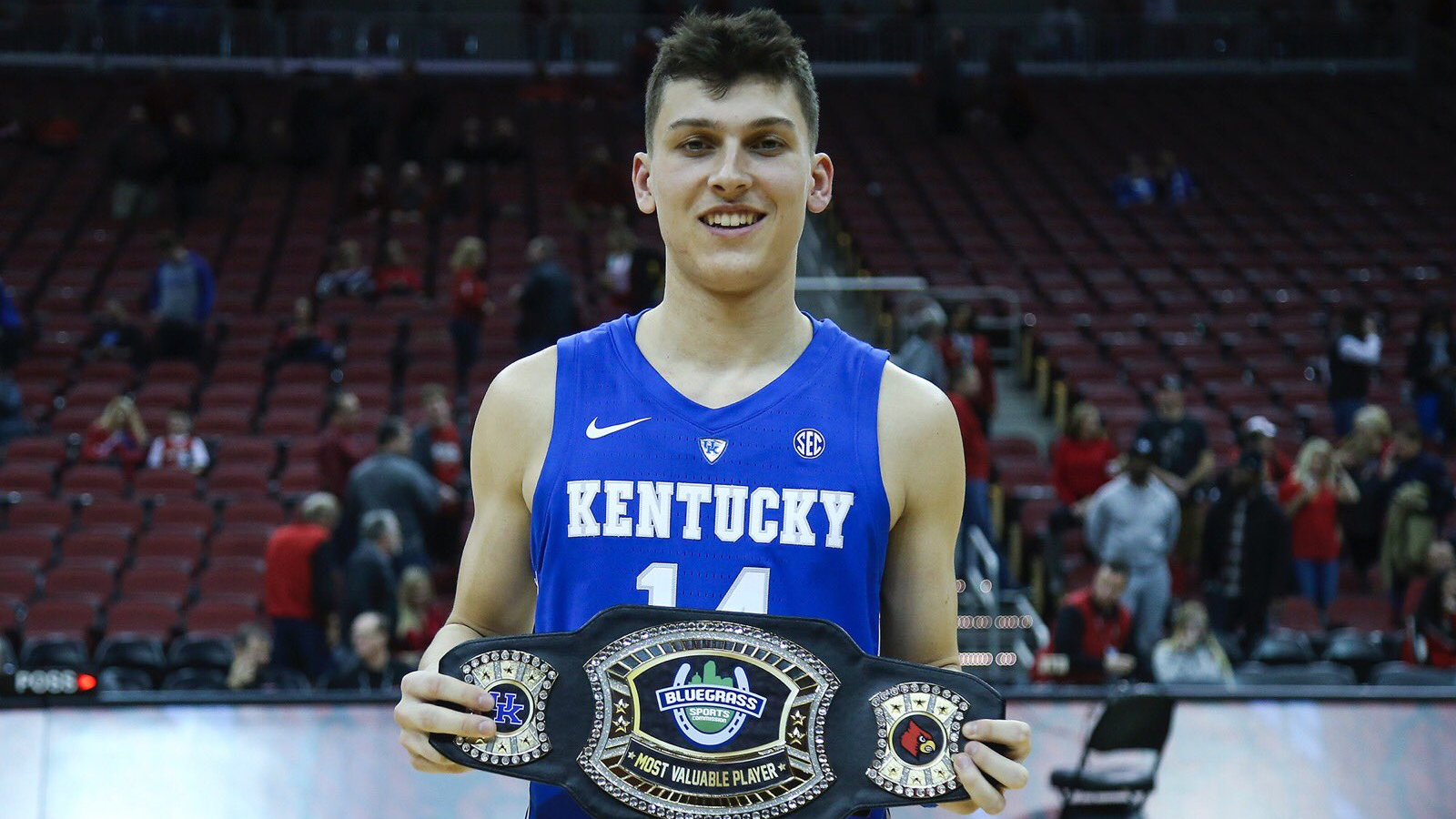 LEXINGTON – The Bluegrass Sports Commission (BSC) has named Kentucky freshman Tyler Herro the Most Valuable Player of today’s men’s basketball game between the University of Kentucky and the University of Louisville at the KFC Yum! Center.

Herro led all scorers with a career-high 24 points on 10-of-13 shooting from the floor. The Milwaukee native also recorded five rebounds, and two steals in the 71-58 Wildcat win.

“Today’s UK vs UL game showcased once again why many call this the greatest rivalry in all of college basketball,” said BSC President and CEO Brian Miller. “We’d like to wish both teams good luck as they begin conference play.

This award winner, which is presented annually, was selected by a committee of the BSC Board of Directors.