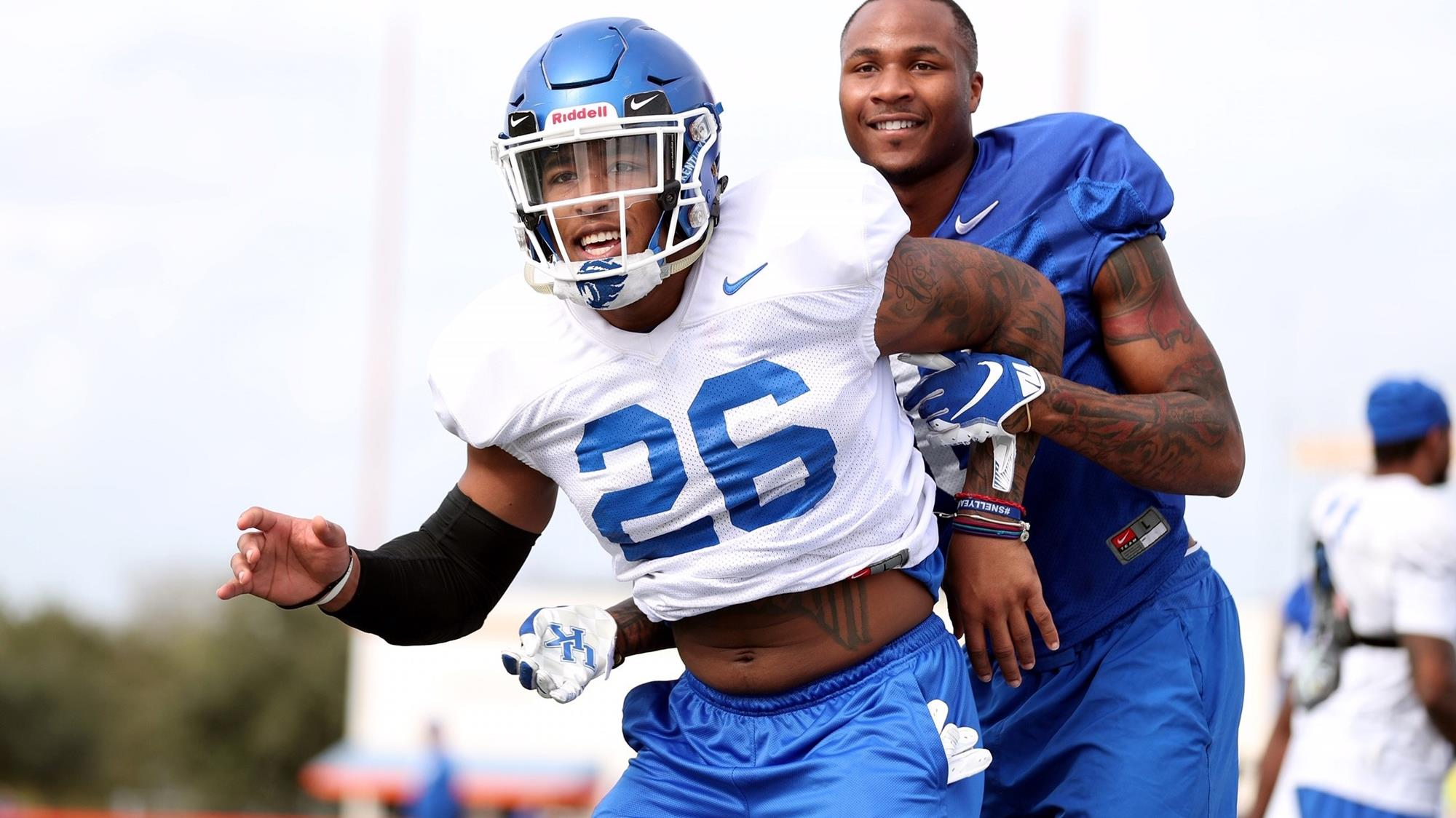 Neither Kentucky’s coaches nor players watched much of Penn State before the last month. Facing a rugged Southeastern Conference schedule, the Wildcats didn’t have much choice in the matter.

But since they learned they would be facing the Nittany Lions in the VRBO Citrus Bowl, the Cats haven’t anyone else to think about besides themselves and Penn State. That’s given them ample time to appreciate what’s before them.

Any discussion of Penn State in recent years has included Trace McSorley, who has become the winningest quarterback in the program’s rich history as the Nittany Lion starter for the last three years. He has passed for 9,653 yards, rushed for 1,622 and accounted for 104 total touchdowns entering next week’s VRBO Citrus Bowl, which will kick off at 1 p.m. on New Year’s Day in Orlando.

“A winner, a guy that just consistently finds a way to win,” defensive coordinator Matt House said. “He prolongs downs. He can throw the ball vertically down the field. He can hurt you with his feet, but more than anything, I think he’s just a winner.”

As soon as the Citrus Bowl was set, buzz immediately began to build surrounding the matchup between McSorley and Josh Allen, the All-American and national defensive player of the year. Though Allen has taken over UK’s single-season and career records with 14 sacks, he knows he won’t be able to take on McSorley on his own.

“Now we’ve got to rush as a group,” Allen said. “Can’t just rush by myself. We all have to do our job to contain rush. He’ll find the littlest crack and take it home if he can. I just do my job and then everybody else has to do theirs and hopefully we’ll get home.”

The same is true of McSorley against UK, which ranks eighth nationally in scoring defense. That defense held Mississippi State – which has been frequently compared to Penn State – to just seven points. Mississippi State’s head coach is Joe Moorhead, who was the offensive coordinator at Penn State for two years under James Franklin.

“You know, I think there’s a similarity in the system,” House said. “But I think there’s a difference in the personnel. I think the quarterbacks are different. Miles Sanders, the running back, presents different issues. He’s really effective. I think K.J. Hamler, the slot, (Juwan) Johnson, the receiver — that’s where the biggest differences are. And I think they do a great job of using their personnel, creating formations and matchups where they can isolate and create one-on-ones.”

Penn State wins more than its share of one-on-ones on defense too.

The Nittany Lions have five players with at least three sacks and 7.5 tackles for loss, posing a significant challenge to a UK team that prides itself on its own physical front and bruising ground game behind All-American Benny Snell Jr.

“I know that early in the downs, they like to blitz,” Snell said. “They’re good at controlling the run, stopping the run, as well as their front, No. 99 (Yetur Gross-Matos), No. 48 (Shareef Miller), those guys go. Just got to make sure (in) protection I get a chip on those guys. I know the whole defense swarms so they’re going to come after it.”

UK plans to do the same.

“I think as you move up and play in New Year’s Day bowl game, and play Penn State, it’s definitely motivation,” Stoops said. “We have a lot of respect for Penn State and their history. It’s also about us and playing this game and guys that want to play and want to win. Again, we gave it a great effort a year ago and came up a play short and our players are motivated to go try to get the victory.”