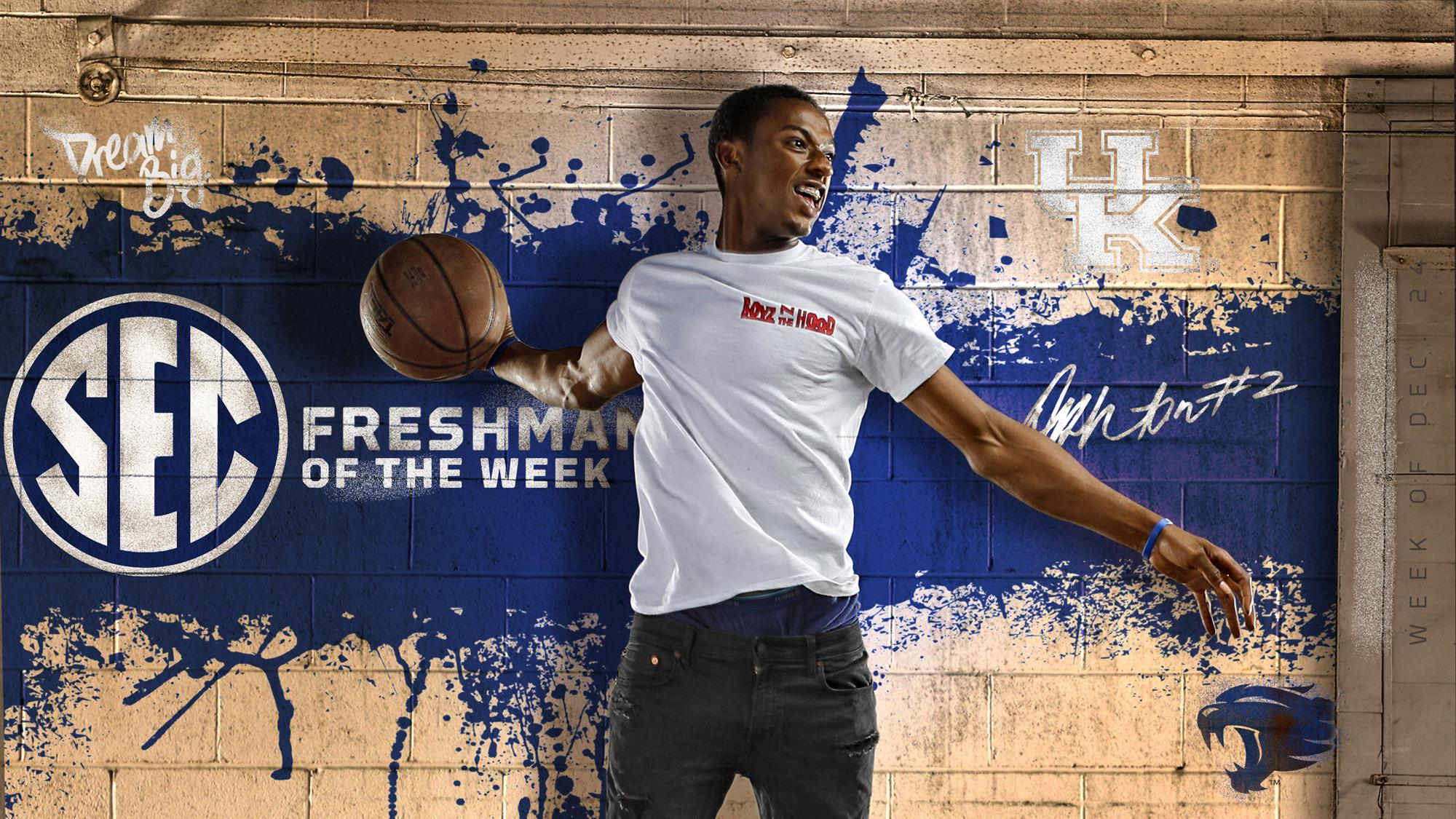 BIRMINGHAM, Ala. – After tying the single-game school record for steals in Kentucky’s biggest win of the season, freshman guard Ashton Hagans was named the Southeastern Conference Freshman of the Week on Monday.

Hagans generated eight steals in UK’s 80-72 win over No. 9/10 North Carolina, tying Wayne Turner and Rajon Rondo for the most steals by a player in a game in program history. Turner turned the trick on Nov. 24, 1997 vs. George Washington, while Rondo had eight steals on Feb. 19, 2005 against Mississippi State.

The win was UK’s first marquee win of the season, and Hagans had his hand in just about every facet of the game.

He scored seven points, one shy of his career high. He hauled in a career-best four rebounds as the Wildcats limited the nation’s best offensive rebounding team to just five offensive boards. The 6-foot-3 guard from Cartersville, Georgia, also had a block to lead the defensive charge.

Hagans dished out three of UK’s season-high 21 assists in a career-high 31 minutes of action. He has posted three or more dimes in eight games this season, including five straight. The victory was UK’s first over an Associated Press top-10 ranked team since downing West Virginia on Jan. 27.

Said North Carolina head coach Roy Williams of Hagans’ performance: “Ashton Hagans is 2-for-6, seven points, and I thought in some ways he was more dominating in the game than anybody.”

The honor is the third of the season and second in a row for Kentucky as classmate Keldon Johnson has twice been named the league’s top-performing freshman. He easily could have also been considered this week after leading the Cats with 21 points in the win over the Tar Heels.

Kentucky has now won more weekly SEC honors (92) than any other school during the Calipari era, including 74 SEC Freshman of the Week honors and 18 SEC Player of the Week awards.

The Wildcats return to action on Saturday at 2 p.m. ET in their first true road test of the season. UK will take on Louisville in the KFC Yum! Center in Louisville, Kentucky, with the game airing live on ESPN2.