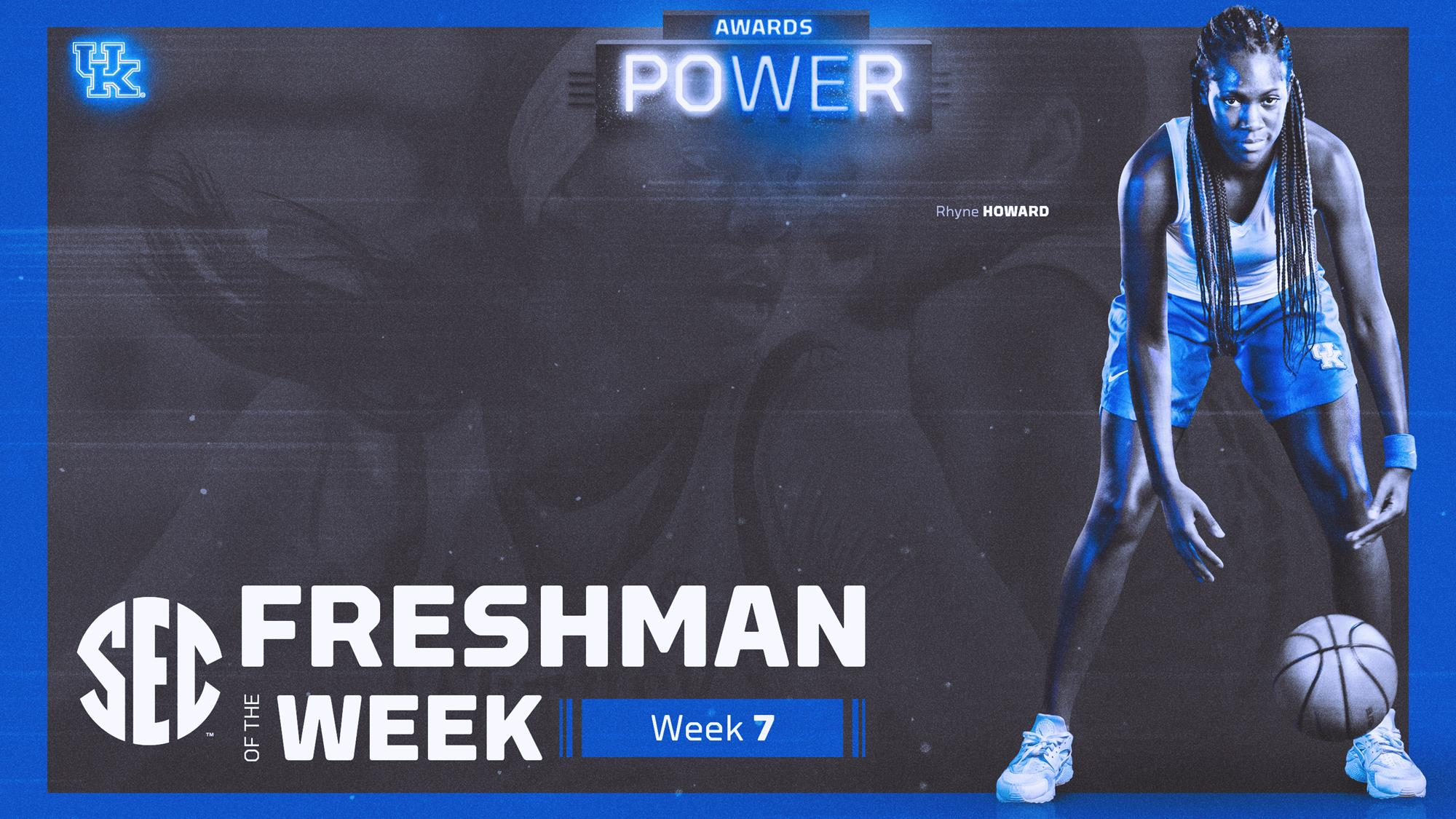 LEXINGTON, Ky. – Add another Southeastern Conference Freshman of the Week honor for University of Kentucky rookie guard Rhyne Howard, who has earned her fourth weekly honor of the season becoming only the second UK player ever to accomplish that feat.

Howard received her first honor of the season on Nov. 13 after strong performances against Alabama State and Southern before being tabbed the league’s top freshman on Nov. 27 after helping UK win the Paradise Jam Island Division. Howard earned her third weekly honor on Dec. 11 after scoring 29 points against Louisville.

The native of Cleveland, Tenn., is the second player in program history to earn four SEC Freshman of the Week honors and is the first to accomplish the feat before conference play begun. Howard joins Victoria Dunlap, A’dia Mathies and Bria Goss as the only players who have recorded three of more freshman of the week honors. All four players have come in the Matthew Mitchell era.

The latest award comes after Howard recorded her fifth 20-point scoring game of the season in Kentucky’s win over Murray State, posting a game-high 25 points on 9-of-13 shooting with five 3-pointers and four rebounds. The strong performance was her team-leading fourth game this season of 25 points or more and marked the seventh time this season she has led Kentucky in scoring. After just five points in the first half, which saw Kentucky go back and forth against the Racers for the lead, Howard came out of the locker room at halftime and scored 17 points in the third quarter alone to set the tone and put UK in control. The guard started the week with 18 points, eight rebounds, three steals and three assists against Western Carolina.

Howard leads Kentucky this season in points per game with 18.5 and rebounds per game with 6.8, while she sits tied for first in 3-pointers made with 34 and ranks second in blocks with 13 and steals with 30. Howard’s performances have helped Kentucky shot over 50 percent from the field in three straight games for the first time since the 2013-14 season. She has hit at least one 3-pointer in every game this season and has scored in double figures in 12 of her 13 games.