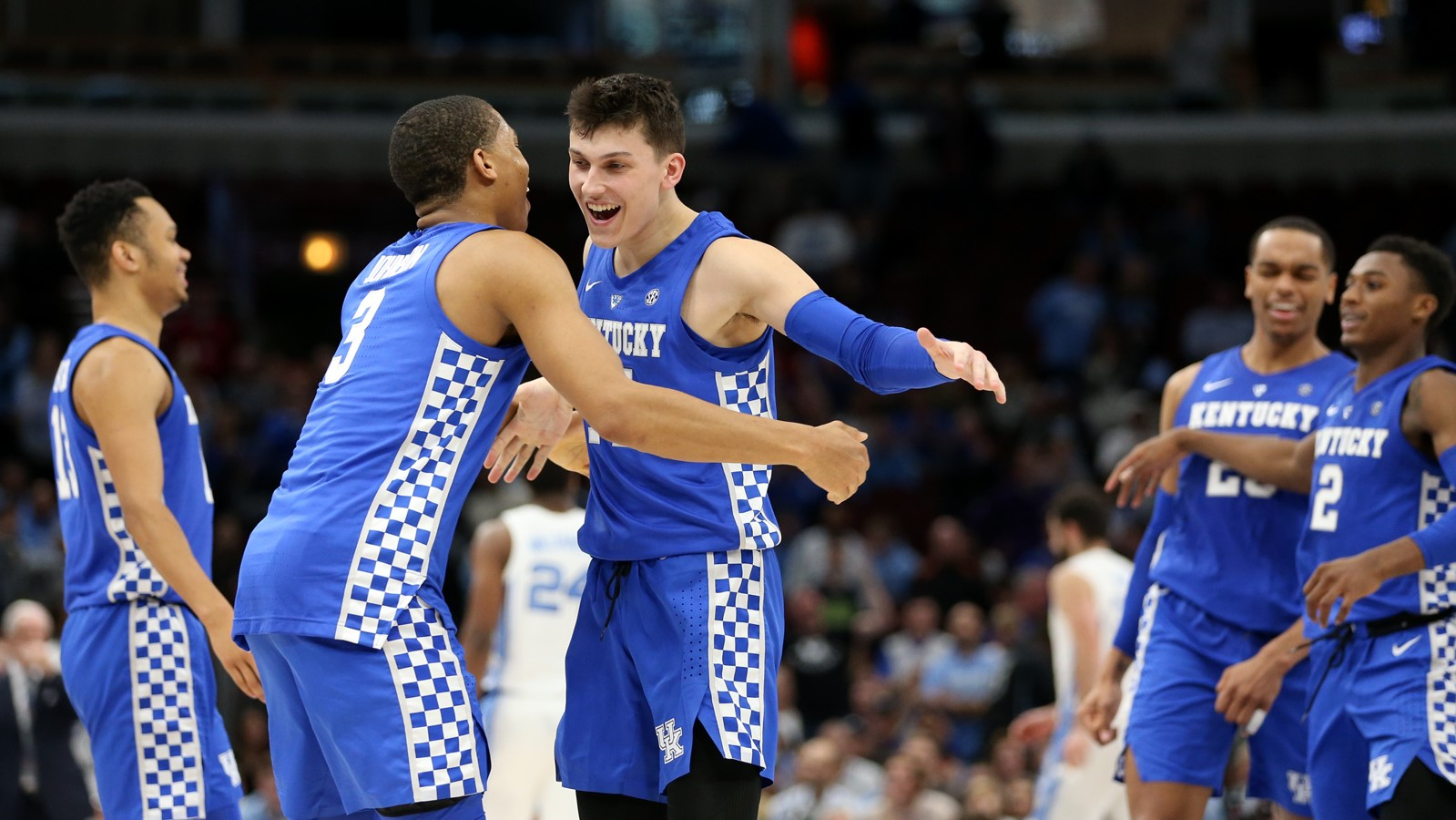 To compete in a game like Saturday’s, the Wildcats would have to rely on one another.

To win it, they would have to deliver.

“I think it’s big-time just because how hard we’ve been working in practice,” Tyler Herro said. “I think we’re seeing that pay off game by game. We’re getting better each game.”

The No. 19/18 UK (9-2) scored a CBS Sports Classic win over No. 9/10 North Carolina (8-3), getting significant contributions from up and down its five-man starting lineup in an 80-72 victory. The Cats did it by sharing the ball more effectively than they have all season, refusing to let the bright lights of the United Center and the big stage that comes with a matchup of such bluebloods cause them to revert to one-on-one play.

“We’ve definitely just been working on passes,” Keldon Johnson said. “While we’re doing that, you see our assists go up and everybody’s happy. Everybody’s jumping with joy. I just think that, I mean, that’s just the main thing is that they are willing passers. That’s what we’ve been focusing on in practice and it’s just paying off.”

UK set a season high with 24 assists on its 28 made baskets, with PJ Washington dishing out a career-best eight dimes. Washington nearly had a triple-double as UK led by at least four after taking control late in the second half as he added 11 points and 10 rebounds to help the Cats to a 44-33 rebounding edge over a Tar Heel squad ranked first nationally in rebounding margin coming into Saturday.

“It’s still developing, and he’s not the kind that would take over but when he speaks, they listen,” John Calipari said. “Guy is in the gym all the time. He’s either in getting treatments — this kid, he’s wired and treatment and really a wonderful kid.”

Washington had no qualms about taking a step back in terms of scoring while Reid Travis and Johnson capably stepped up. Travis had 16 of his 20 points in the first half, while Johnson exploded for 16 of his 21 in the second half. Herro, meanwhile, didn’t relent in aggressiveness even as shots weren’t falling in finishing with 15 points.

Rounding out the starting five was point guard Ashton Hagans, whose stat line might suggest he was somewhat of a bit player in taking down the Tar Heels. Don’t let that fool you. UNC head coach Roy Williams certainly didn’t let that happen.

“Amazing thing to look down and Ashton Hagans is 2 for 6, seven points, and I thought in some ways he was more dominating in the game than anybody,” Williams said.

Hagans, indeed, was a defensive terror. The freshman frequently took advantage as North Carolina tried to play its patented up-tempo style and nearly took sole possession UK’s all-time steals record in the process. He ended up only tying it seven steals, but surely he’ll trade that for UK’s biggest win of the season.

“His defensive presence is amazing,” Johnson said. “You’ve seen it all, he was locking up, making plays, big stops and you could just see it rubbing off on everybody.”

Coach Cal will be quick to remind you Saturday was just one regular-season game, but even the Cats will concede it was an important one. UK came into the matchup with plenty of potential and talent but a lack of quality wins and a sour taste still lingering from a season-opening blowout loss to Duke. Against another top-10 team on a stage just as big, Kentucky changed the narrative of its season in one fell swoop.

“It’s definitely a big win I think, but I mean, it was a great game,” Johnson said. “I think we came out and were very aggressive and just played all phases like in practice. It’s just a big-time win.”

Now, the work is far from done. A rivalry showdown at Louisville looms after a brief break for the holidays and Southeastern Conference play soon after, but now the Cats have shown what they can do.

“It’s a resumé win,” Herro said. “Like I said before, how hard we’ve been working in practice, today was important to finally see something pay off. It was a big win and we’re excited about it.”