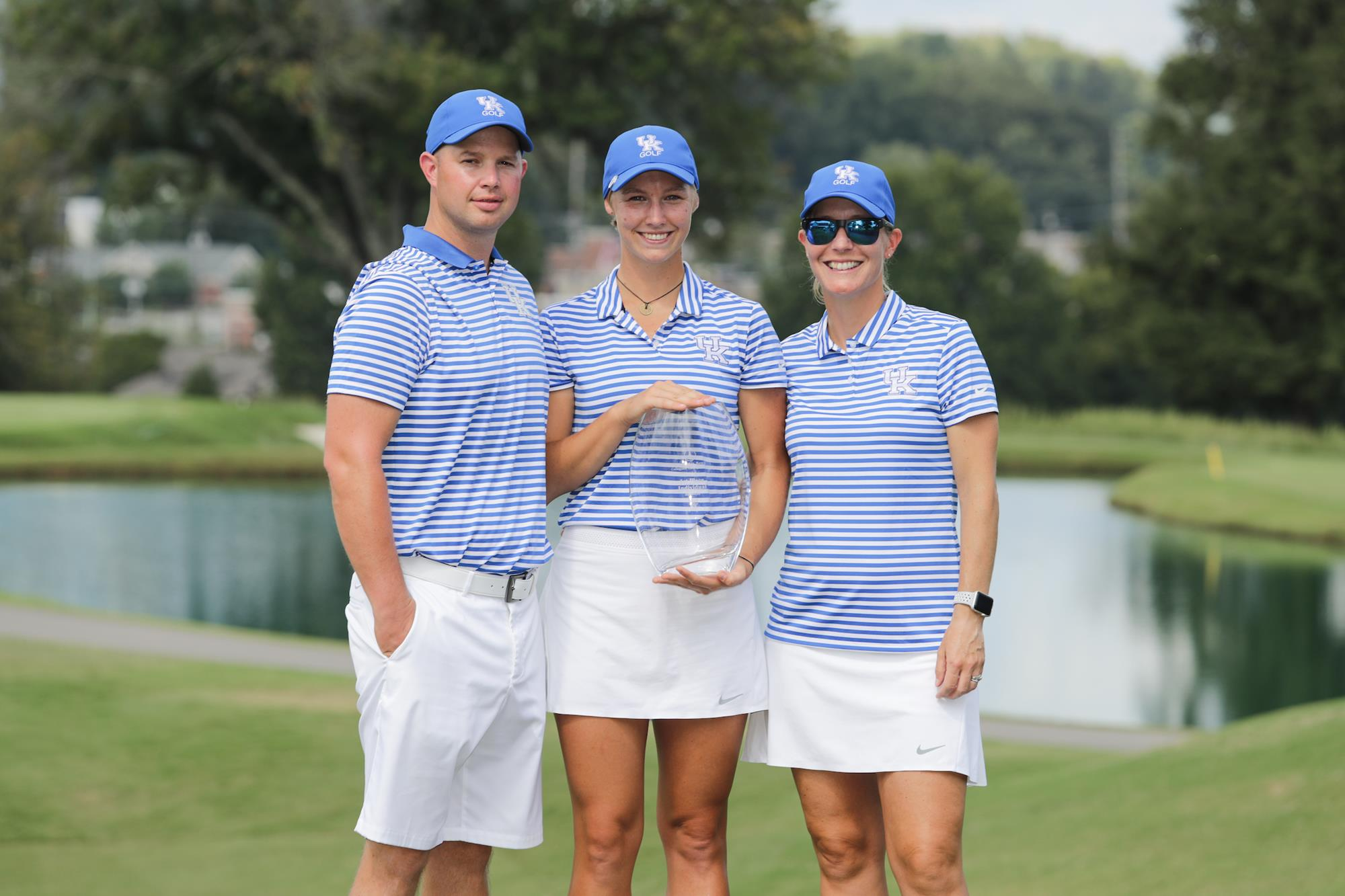 NORMAN, Okla. – Kentucky women’s golf senior Leonie Bettel, who just last month made the midseason watch list for the ANNIKA Award, which goes to the nation’s best women’s collegiate golfer every year, is in contention for selection to the Arnold Palmer Cup.

Bettel, who is off to one of the best seasons in UK women’s golf history, appeared at No. 8 on the fall international Arnold Palmer Cup rankings.

The Arnold Palmer Cup, which was co-founded by Arnold Palmer and The Golf Coaches Association of America, is a Ryder Cup-style tournament featuring the top men’s and women’s university/college golfers matching the United States against a team of International players. The 2018 event matches at Evian Resort Golf Club became the only major tournament that features men and women playing side-by-side as partners.

Bettel is in the conversation to appear in the 2019 tournament, which will be held June 7-9 at the Alotian Club in Roland, Arkansas.

The top six golfers from the final ranking in the spring from both the United States and international men and women – 12 total golfers – will be among the 24 individuals selected to compete in the Arnold Palmer.

Using Golfstat’s NCAA player rankings as a base, the Arnold Palmer Cup Ranking awards bonus points for wins and high finishes and a penalty for poor finishes. The ranking also contains a strength of schedule component.

The next Arnold Palmer Cup Ranking will be announced Feb. 13.

Bettel is off to a historic start. In the fall alone, the senior from Austria has already captured two individual championships, four top-10 finishes and is on pace for the best single-season stroke average in school history.

Bettel won her first college individual championship with a dominating performance at the Mercedes-Benz Collegiate Championship in Knoxville, Tennessee, in September. Bettel rallied from a two-shot deficit on the final day of competition with a tournament-tying record score of 65 in the final round. That score tied the tournament record, which she set the season before. Her 65 was one shot off the 18-hole school record.

Bettel ended up with a 5-under-par 208 to win the Mercedes-Benz Collegiate Championship by four strokes.

A few weeks later, at Kentucky’s home tournament, the Bettie Lou Evans Invitational, Bettel was even better. While leading UK to a team championship, the Wildcats’ first in five years, she shot an 11-under-par 205 for a two-shot victory.

In the process, Bettel set a number of marks. She became the first Wildcat to win two tournaments in a season since Lauri Berles in 1995-96, broke the 54-hole school record and set a new program 54-hole tournament record.

Nine of her 12 rounds in the fall were par or better, which is already the third most in a single season in school history. With a 70.6 stroke average, she’s well ahead of the school-record pace.

Since its inception, more than 100 former Arnold Palmer Cup alumni have gone on to earn cards on either the PGA Tour, European Tour or LPGA, 28 have represented Europe or the USA in the Ryder Cup or Presidents Cup, and more than 50 have claimed more than 200 victories on the PGA or European Tours. The United States leads the series 12-9-1.

Kentucky is currently in the middle of a three-month midseason break between the fall season and the spring. UK will resume its 2018-19 campaign Feb. 10 vs. Louisville in the annual Battle of the Bluegrass. That match will take place at the Hoover Country Club in Birmingham, Alabama.