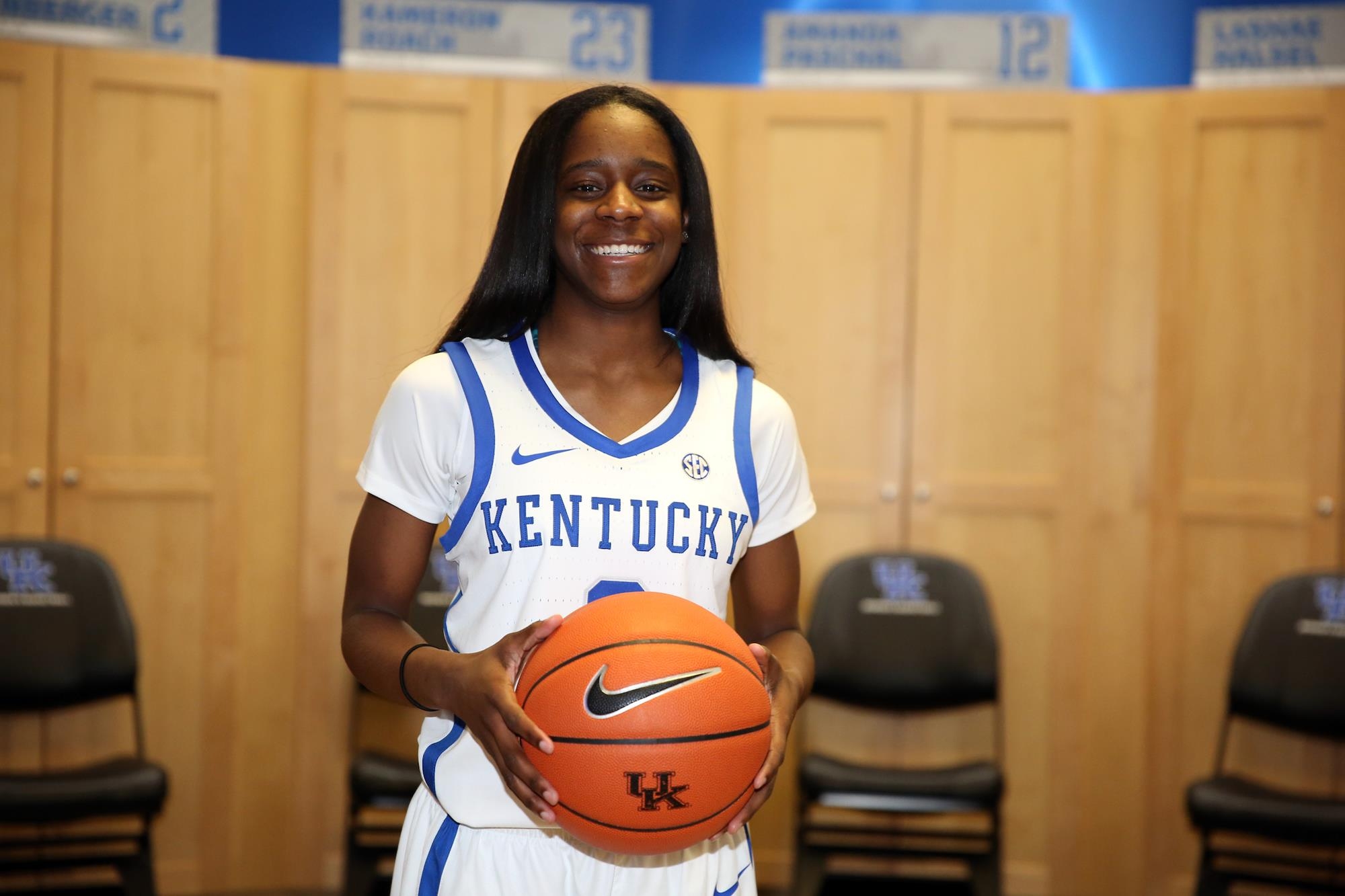 LEXINGTON, Ky. – Chasity Patterson, who was the top ranked point guard in the class of 2017 according to ESPN.com and the Big 12 Preseason Freshman of the Year last season at Texas, has announced she will transfer to the University of Kentucky and enroll in classes in the spring of 2019.

Due to NCAA transfer rules, Patterson will sit out the spring and fall semesters of 2019 and be eligible to compete for Kentucky after the fall semester next December. Patterson is expected to join the team following the holiday break and will be eligible to practice with the Wildcats immediately.

“We are extremely excited to welcome Chasity Patterson to our program and cannot wait to get her on campus,” UK head coach Matthew Mitchell said. “Chasity is an athletic guard with incredible play-making abilities on both ends of the court. She’s a high-energy player who possess a winning pedigree having won 125 games in high school. Chasity fits our system perfectly and when you couple that with the opportunity to compete at the highest level here at Kentucky, it was a perfect match. We are confident that her experience will be a valuable asset to our team.” 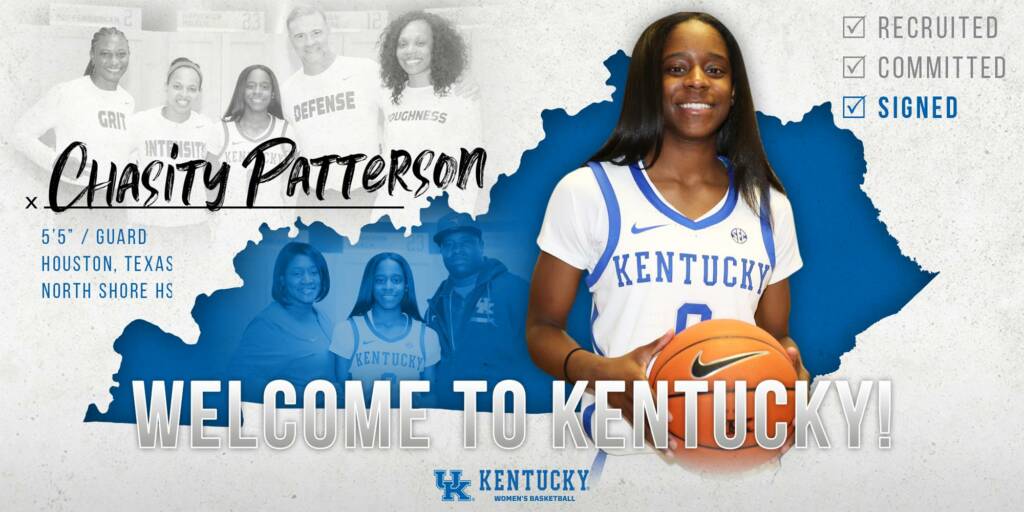 Patterson spent her freshman season at Texas, helping the Longhorns to the NCAA Tournament Sweet 16 by averaging 2.8 points in 7.6 minutes per game. The guard played in one game earlier this season at Texas, scoring six points in nine minutes going 2-of-4 from the field and 1-of-2 from long range with two rebounds.

Prior to her time at Texas, Patterson had an incredible high school career at North Shore High School in Houston where she finished as the school’s all-time leading scorer with 3,177 points. The 5-foot-5 guard participated in the 2017 McDonald’s All-American Game and won the 3-point shooting contest at the event. Patterson was ranked as the top point guard and the fourth-best player overall in the 2017 class according to ESPN.com after averaging 28.7 points per game, 6.1 rebounds per game and 4.9 assists per game as a senior. Her senior season was full of honors as she was named a Naismith Trophy Second-Team All-American, a WBCA Coaches All-American and a semifinalist for the Naismith High School Player of the Year award.

As a junior in 2015-16, Patterson averaged 24.5 points per game, 5.4 steals per game and 4.8 assists per game. On top of being a Texas Association of Basketball Coaches All-State selection, she was the District 21-6A Most Valuable Player and was tabbed to the all-tournament team of the state tournament. Patterson led her team to the state semifinals with a 36-2 overall record as a junior. In a game against West Brook her junior season, Patterson recorded a triple-double with 24 points, 12 assists and 11 steals.

Kentucky (11-1) will return to action Friday at noon ET against Murray State inside Memorial Coliseum. The Wildcats will break for the holidays after the game before returning for a Dec. 29 showdown with Sacred Heart to complete non-conference play.