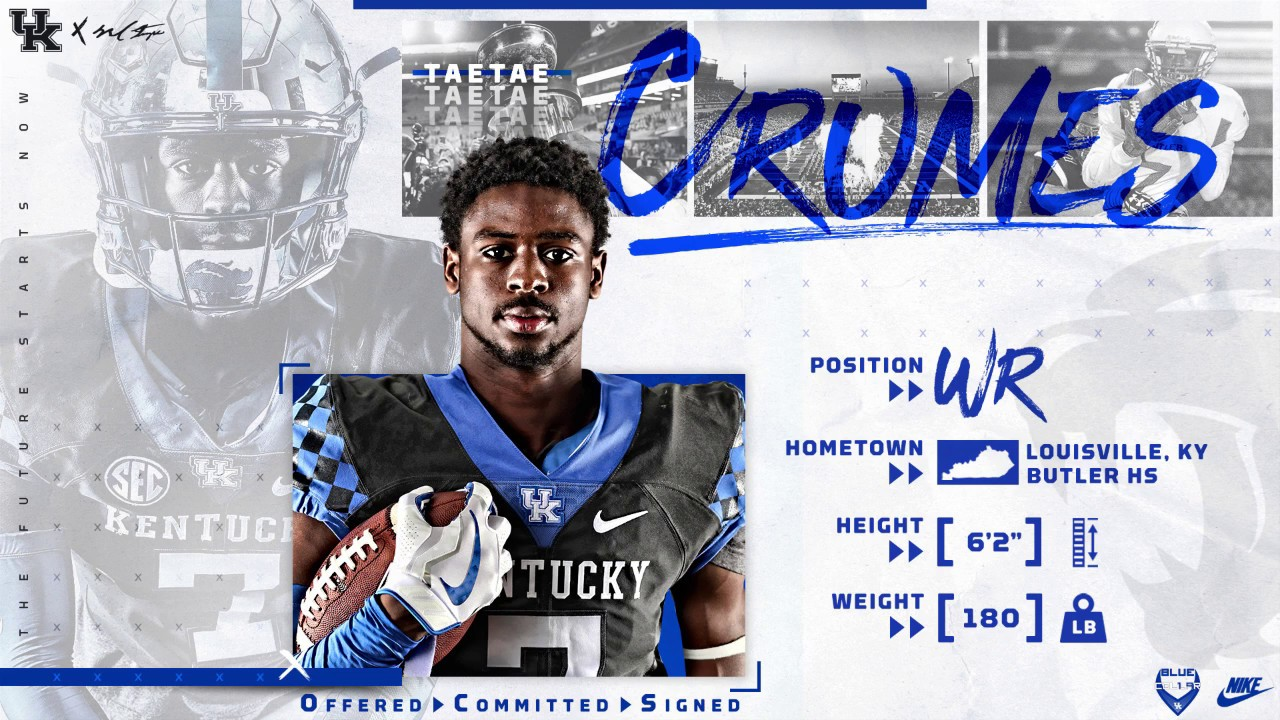 A quality in-state prospect that is ranked as one of the top 10 players in the Commonwealth of Kentucky by Rivals.com and 247sports.com … An incredible senior season at Butler with 42 receptions for 877 yards … Averaged 73.1 receiving yards per game, which was fourth most among all Class 6A players while his 14 receiving touchdowns were third most in the division … Had 30 receptions for 779 yards and 14 touchdowns his junior season … Finished his high school career with 35 touchdowns and 2,021 receiving yards … Was named to the 2018 Lexington Herald-Leader Class of the Commonwealth and was also tabbed an all-state honoree and all-Louisville metro performer this season … Speedy wide receiver that has been timed at 4.3 in the 40-yard dash … Coached by Gary Wheeler … Chose Kentucky over Louisville, Michigan, Michigan State, Oregon and Pitt.