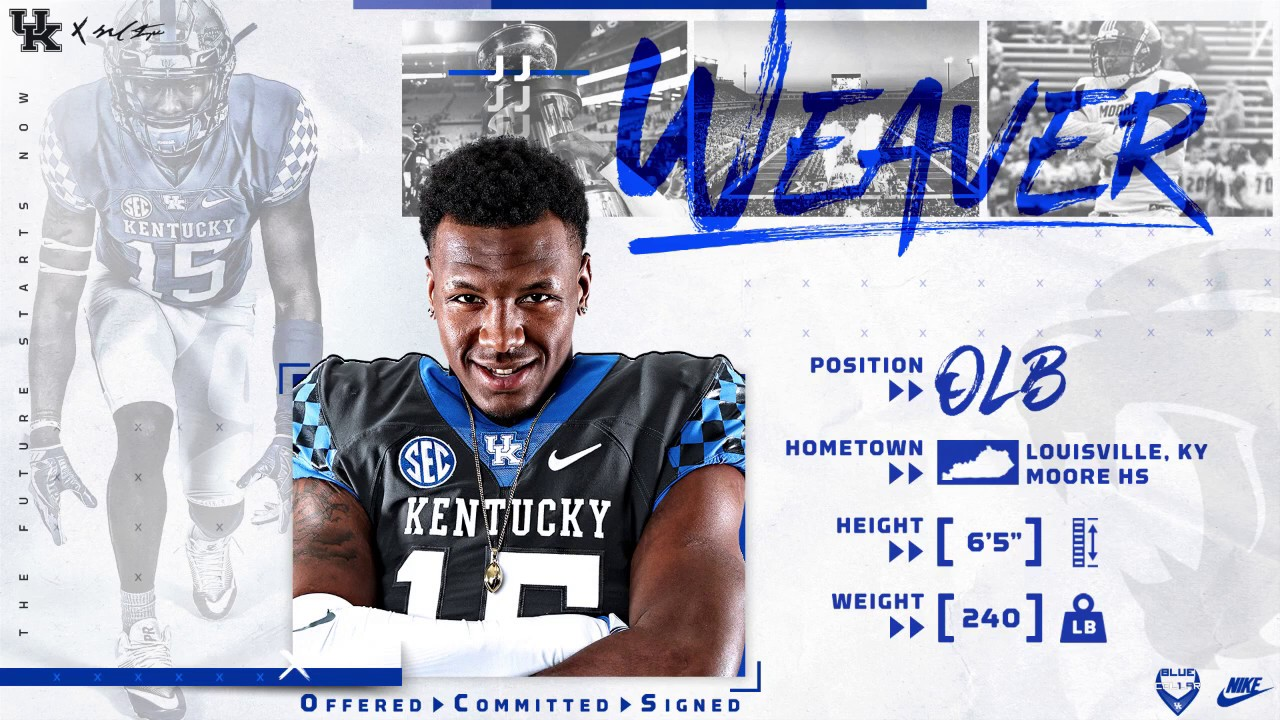 One of the nation’s best linebacker prospects, ranking as the 213th best player in the nation according to Rivals … The site also has Weaver as the 14th best player in the class at his position and the fourth-best prospect in the state of Kentucky … Rated as a four-star prospect by Rivals and 247sports … Recorded 70 tackles, 10 sacks, three interceptions and a fumble recovery this season … His strong performance helped Moore win 11 games and advance to the quarterfinals of the state championships … Also played tight end in high school and caught six passes for 102 yards and three touchdowns last season … Was named to the 2018 Lexington Herald-Leader Class of the Commonwealth … An all-state honoree … Coached by Carlo Stallings … Chose Kentucky over Louisville, Miami and Purdue.