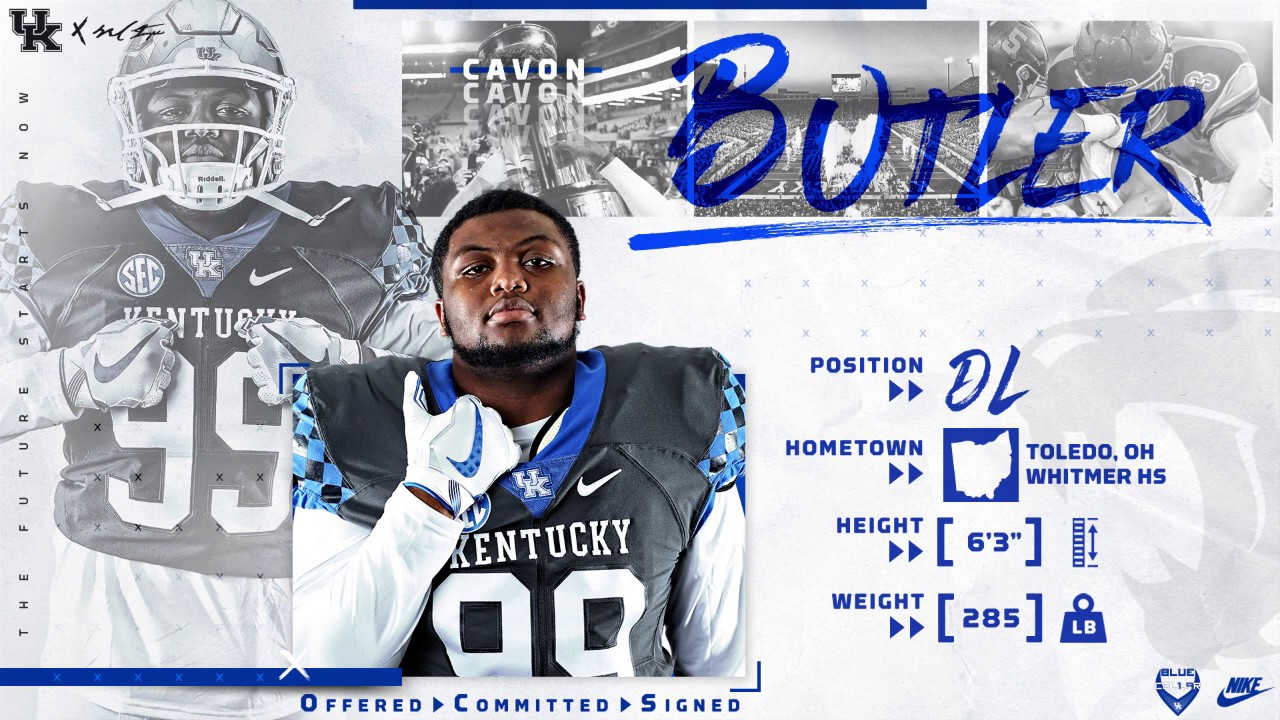 A three-star recruit, who is considered a top-50 interior defensive lineman by Rivals.com and 247sports.com and No. 29 player in Ohio by Rivals … Named Three Rivers Athletic Conference defensive player of the year and was selected first-team All-Northwest District and second-team All-Ohio in Division I (largest classification) … Helped the Panthers to a 21-4 overall record and two Division I playoff appearances … Had 71 tackles as a senior, including nine for loss, along with 7.5 sacks … Caused four fumbles, recovered five fumbles, and scored two touchdowns in helping Whitmer compile a 9-3 overall record in 2018 … As a junior, had 91 tackles (nine for loss) and 12 sacks … Coached by Ken Winters … Comes from same high school as current Wildcat Phil Hoskins … An all-around athlete who also plays basketball and throws the shot put … Recruiting finalists were Michigan State and Ohio State before tabbing the Wildcats.