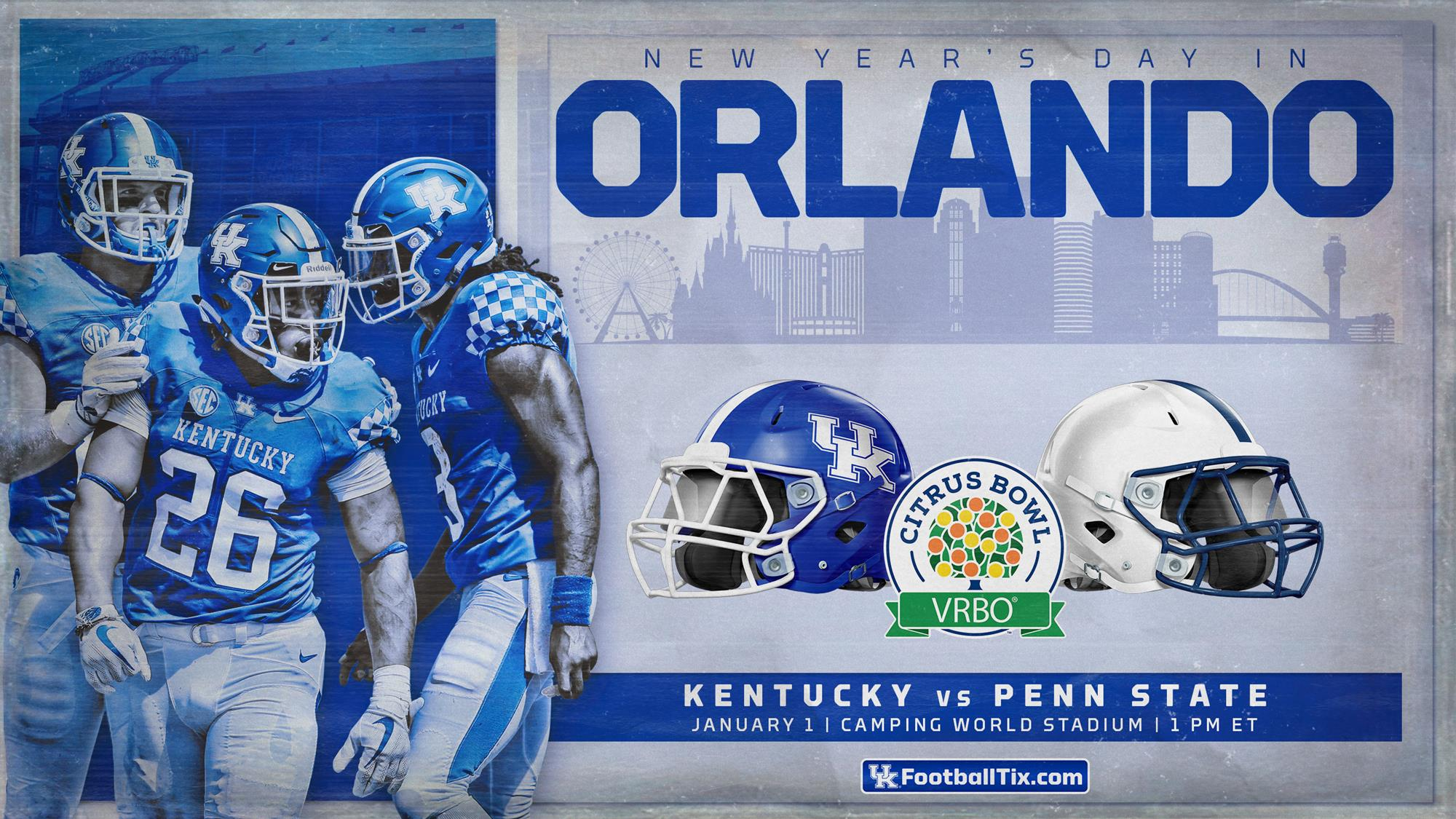 LEXINGTON, Ky. – Kentucky’s allotment of 9,000 VRBO Citrus Bowl tickets is sold out. Fans still wishing to purchase tickets may do so through by visiting UKathletics.com/bowl or CitrusBowlOrlando.com.

“We are excited our Wildcats will have the kind of fan support they deserve at the Citrus Bowl after such an incredible season,” Athletics Director Mitch Barnhart said. “The unmatched passion of the best fans in America continues to make Kentucky an appealing choice for any bowl game. We look forward to ringing in the New Year with the Big Blue Nation in Orlando.”

All Kentucky football season ticket holders and eligible K Fund donors who placed a Citrus Bowl request during the priority request period (Oct. 30 – Nov. 29) received tickets through Kentucky’s allotment in the Field Level, Plaza Level or Open-Air Club, with a very limited number of CenterState Club access tickets also allocated. Remaining Plaza and Terrace level tickets in Kentucky’s allotment were sold through on a first-come, first-serve basis to the public through an on-sale that began on Dec. 3. A map of seating locations made available through Kentucky’s allotment can be found here.

The No. 14 Wildcats (9-3) will face off against No. 12 Penn State Jan. 1 at 1 p.m. in UK’s first New Year’s Day bowl appearance in 20 years. Kentucky will be looking to cap its most successful season in four decades with a victory over the Big Teb’s Nittany Lions.