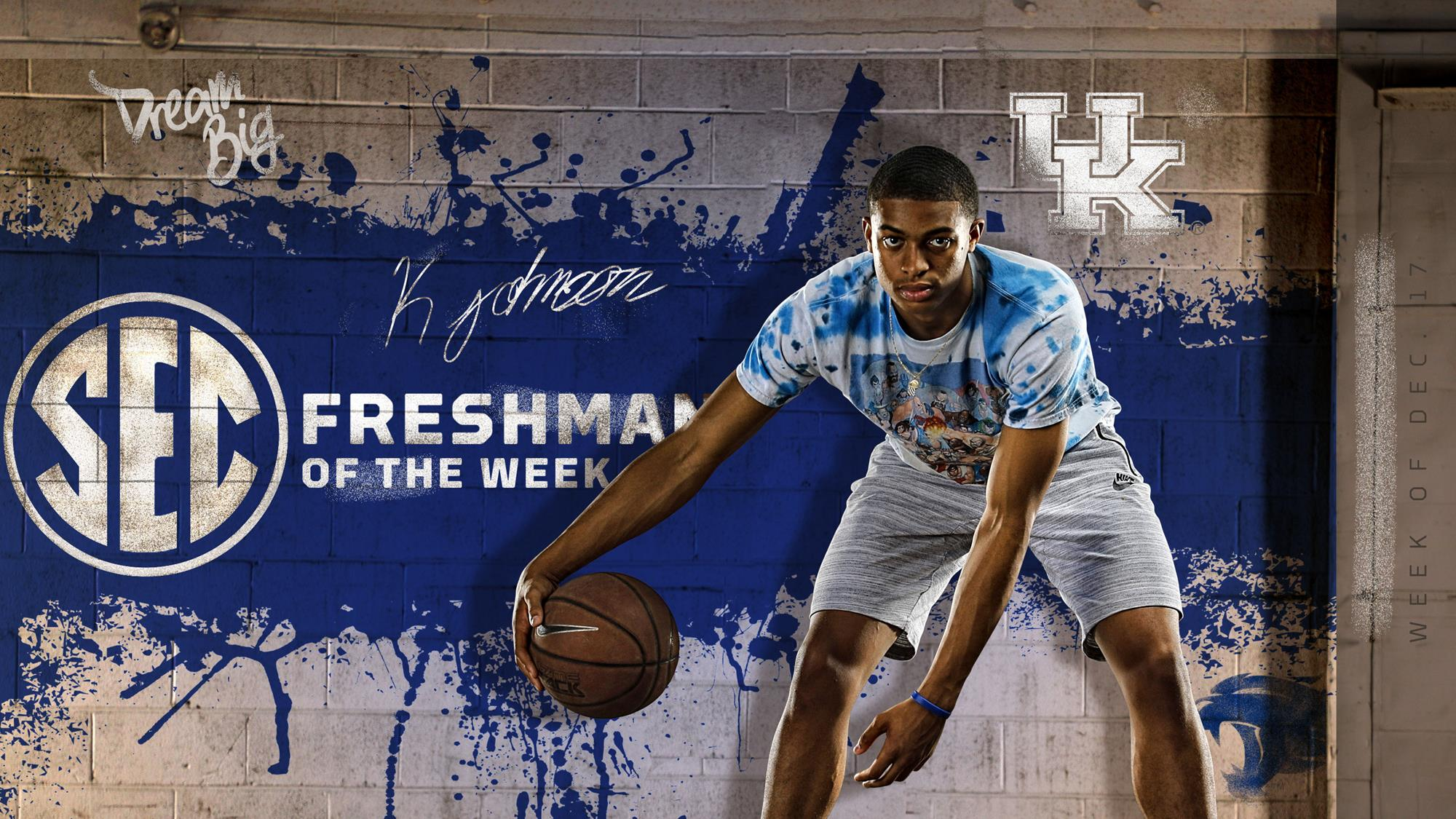 Johnson Named SEC Freshman of the Week for Second Time

BIRMINGHAM, Ala. – For the second time this season, Kentucky freshman guard Keldon Johnson was named the Southeastern Conference Freshman of the Week.

Johnson led the Wildcats with 24 points on 8-of-9 (.889) shooting and drained a career-high six 3-pointers in a dominating 88-61 win over Utah on Saturday. It was his team-high-tying third 20-point game this season. Kentucky’s leading scorer at 16.1 points per game, Johnson has reached double figures in all but one game this season.

The 6-foot-6, 211-pounder from South Hill, Virginia, jumpstarted the Wildcats by nailing his first five 3-point attempts in the opening half. His six 3’s were the most for any UK player this season and the most since Wenyen Gabriel hit seven in the SEC Tournament against Alabama on March 10, 2018.

Kentucky has won more weekly SEC honors (91) than any other school during the Calipari era, including 73 SEC Freshman of the Week honors and 18 SEC Player of the Week awards.

The Wildcats return to action on Saturday at 5:15 p.m. ET in the CBS Sports Classic. UK will take on North Carolina in the United Center in Chicago with the game airing live on CBS.