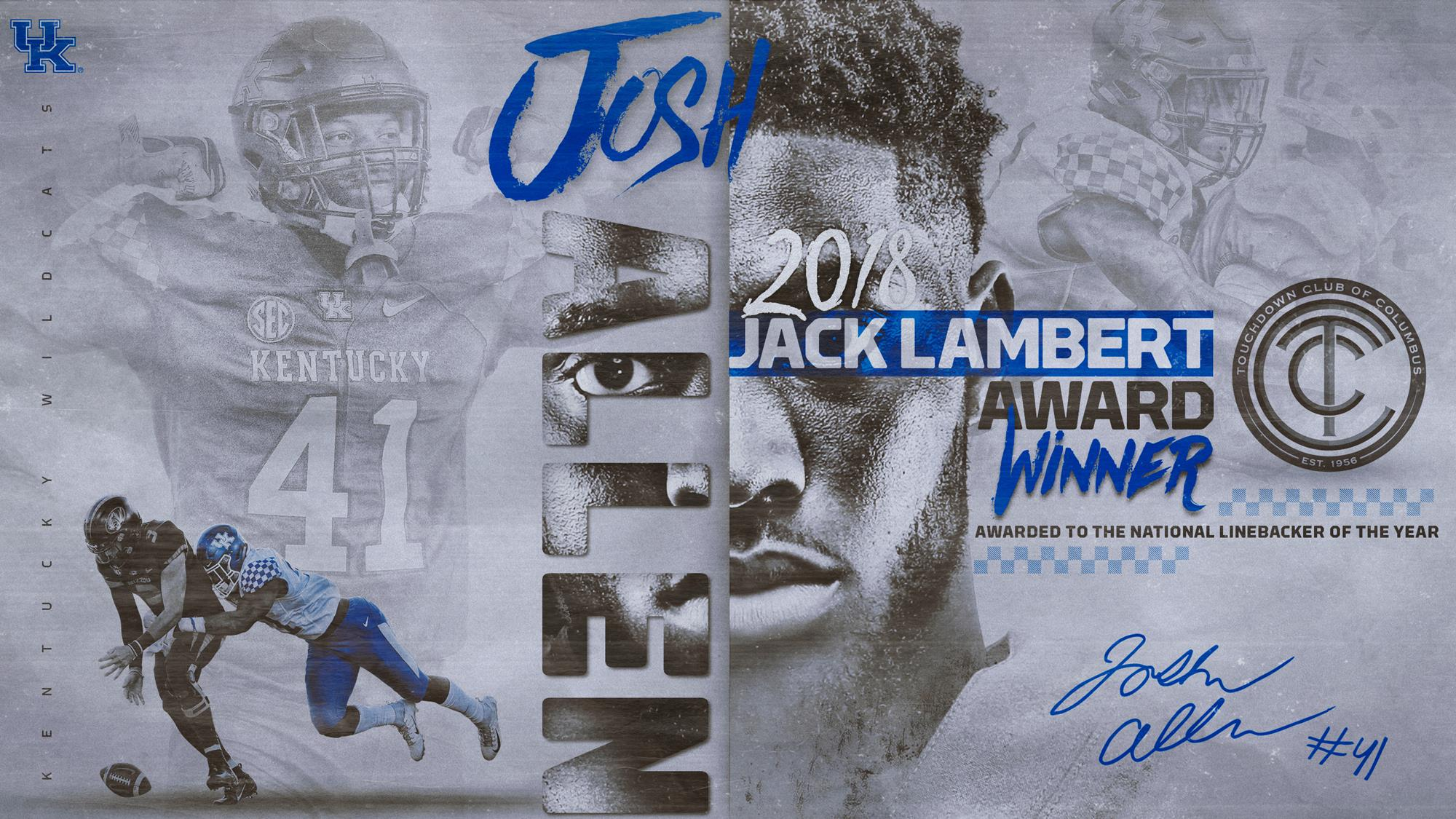 LEXINGTON, Ky. – Kentucky senior linebacker Josh Allen has been named winner of the 2018 Jack Lambert Award, signifying the top linebacker in college football, by the Touchdown Club of Columbus, Ohio.

Allen is the first Wildcat to receive the honor, which has been given since 1991 and includes recipients such as current NFL stars Khalil Mack, Luke Kuechly and Von Miller. Allen will be presented with the award – named for Jack Lambert, Pittsburgh Steelers Hall of Famer and Kent State football legend – on February 9, 2019, at the annual Touchdown Club of Columbus awards banquet.

Allen’s honors add to a growing list of national accolades for the senior from Montclair, N.J.