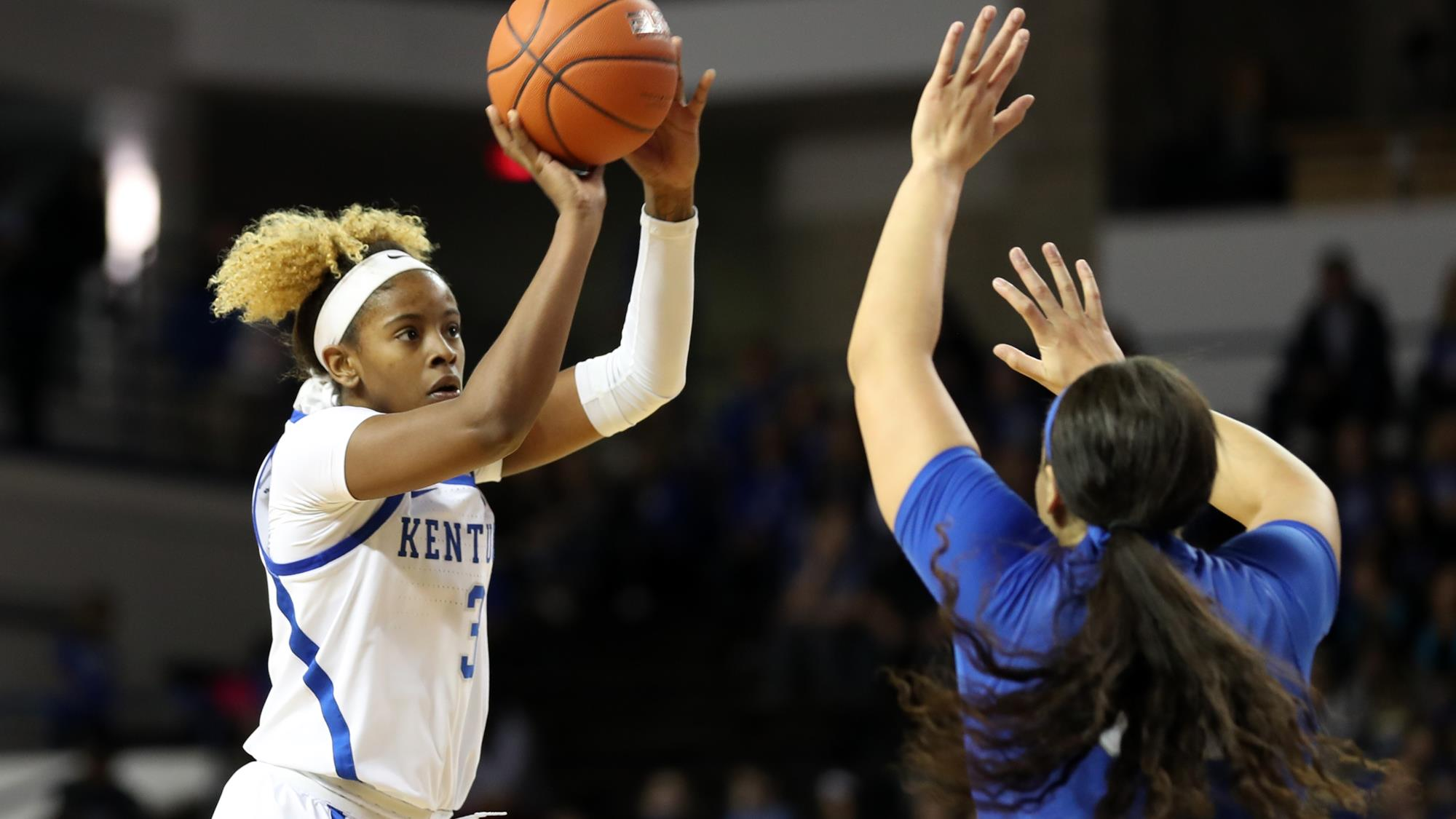 With the scorers around them, KeKe McKinney and Blair Green are never going to feel pressure to carry the offensive load for Kentucky.

But with their ability, sometimes they’re going to anyway.

Saturday was one of those times, as McKinney and Green combined for 24 points. On a relatively quiet day for UK’s potent scoring trio of Maci Morris, Taylor Murray and Rhyne Howard, McKinney and Green played instrumental roles as the No. 18/20 Wildcats (10-1) took down Middle Tennessee (7-3), 72-55.

“We’ve been in the gym a lot lately working on our shot just so we can help take that pressure off Maci, (Rhyne) and Taylor,” said McKinney, who had 13 points and five blocks. “They’ve been scoring a lot. They need help from us scoring-wise, so we’ve been working on it and putting shots up, trying to get better for them.”

Green scored all 11 of her points before halftime, including three 3-pointers. The treys were her first in exactly a month.

“Just getting back in the gym, just keeping my confidence, just letting the games before that go and just moving forward,” Green said. “Having those 3s gave me back a little bit of confidence to push forward and keep getting more work in.”

McKinney added four points in the first half as UK built a commanding 45-23 lead. The Blue Raiders would make their run and close to within 14 points in the third quarter, but the Cats were able to withstand it thanks in large part to McKinney and Green.

“They were so key to us getting control of the game,” Matthew Mitchell said. “Whatever runs Middle Tennessee was able to make in the second half, we still had a manageable, workable lead because of their stepping up and making some plays in the first half.”

That was exactly what UK needed, because the Blue Raiders’ game plan was to force the likes of McKinney and Green to beat them by limiting opportunities for UK’s top scorers. They happily and ably did so.

“I thought every time their shots went in it was a big momentum builder for us and energized our team,” Mitchell said. “We’ve got such a close team, such a great group that really care about each other and they know how important everyone’s role is. When someone’s really stepping forward and fulfilling their role, it energizes our team because of our closeness.”

Their contributions were a boost on this day, but more will be required. Mitchell plans to use the holiday break as an opportunity to put them in position to deliver again.

“We’ve gotta build on that because KeKe, Blair, (Tatyana Wyatt), Ogechi Anyagaligbo, our post core, is very important,” Mitchell said. “They’ve got to pull their weight and they want to. This will be a good time of year to make sure we get some extra reps.”