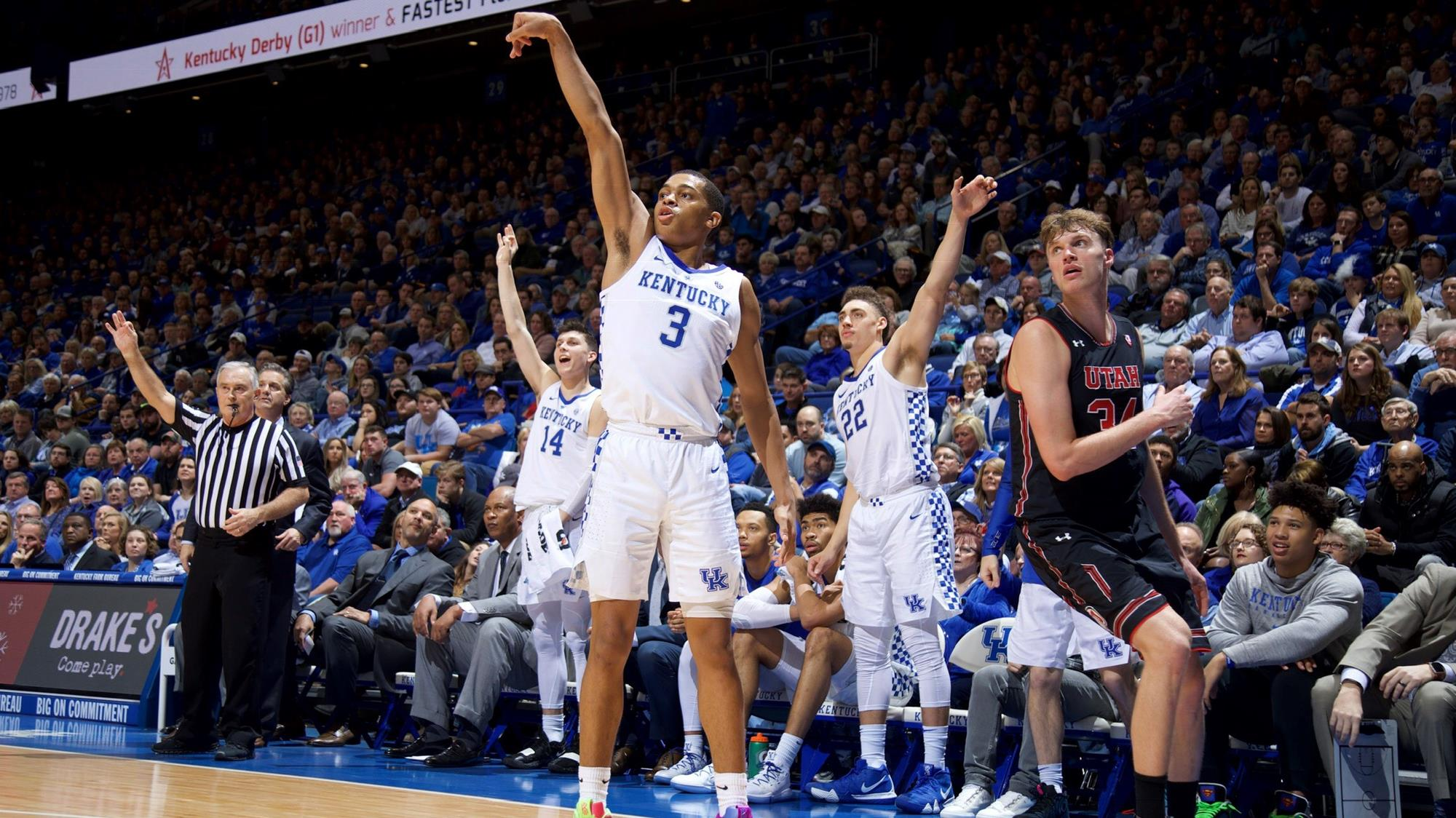 John Calipari is adamant. In spite of initial struggles from outside, this can be the best shooting team of his Kentucky career.

Keldon Johnson apparently set out to prove his coach right all by himself Saturday.

“Shooting with confidence, that was the main thing,” Johnson said. “My teammates were telling me, ‘Just keep shooting.’ After I hit the first one, I knew it was going to be a good day.”

“We’ve really been practicing and emphasizing getting each other involved,” Johnson said. “They just tell me, ‘If you’re open, shoot it. Don’t think about it. Just let it go.’ That’s what anybody that catches it wide open (should do), whether it’s me, Ashton (Hagans), Tyler (Herro) or any of the bigs, just let it go.”

Kentucky shot 12 of 21 from 3-point range as a team Saturday, tying a season high in makes and posting the best percentage of the season from behind the arc. Two players who were shooting less than 30 percent coming into the game after coming to UK with reputations as shooters – Herro and Immanuel Quickley – each hit a pair of treys. Jemarl Baker Jr. even knocked down a pair of his own seeing his first Rupp action of his UK career.

Those are all encouraging signs for a team facing games against Louisville and North Carolina before taking on an 18-game Southeastern Conference slate with a matchup with Kansas mixed in. They also don’t mean the Cats are going to make wholesale changes to the way they play.

“Look, I’ve been telling them I want to shoot between 20 and 23 3s a game,” John Calipari said. “If we shoot 30, we will lose the game. Because historically, if you go back over my career, of 30-some years, if we shoot 30, my team loses. We want to get to the foul line, we want 2-point baskets and we want to offensive rebound. Hard to offensive rebound, miss threes, because they are bouncing everywhere. But you know, we shot the ball pretty well today.”

That wasn’t true only beyond the arc either. UK shot 22 of 37 (59.5 percent) from 2-point range and scored a season-high 1.4 points per possession. Calipari credits that to clean passes, clean catches and clean shots.

In an effort to move in that direction, Calipari and the Cats worked on offense the last three days in practice. That’s a departure from the entire last month, when defense has been the sole focus.

“You have to see it to be willing, and the second thing is, they are not selfish,” Calipari said. “They are just used to when they get the ball, I make a play. Well, think about having five guys think that: ‘So when I get it, I make a play.’ Well, you get no ball movement. You have no willing passers. That’s where we’ve been and we’re moving by it.

One clean pass, catch and shot at a time.

“That’s why you come to Kentucky, to play with other great players,” Quickley said. “In high school, it’s really one or two players. You make all the plays. But at Kentucky, you got four other guys at all times that are capable of making the same play as you. You just try to be unselfish and get them shots.”