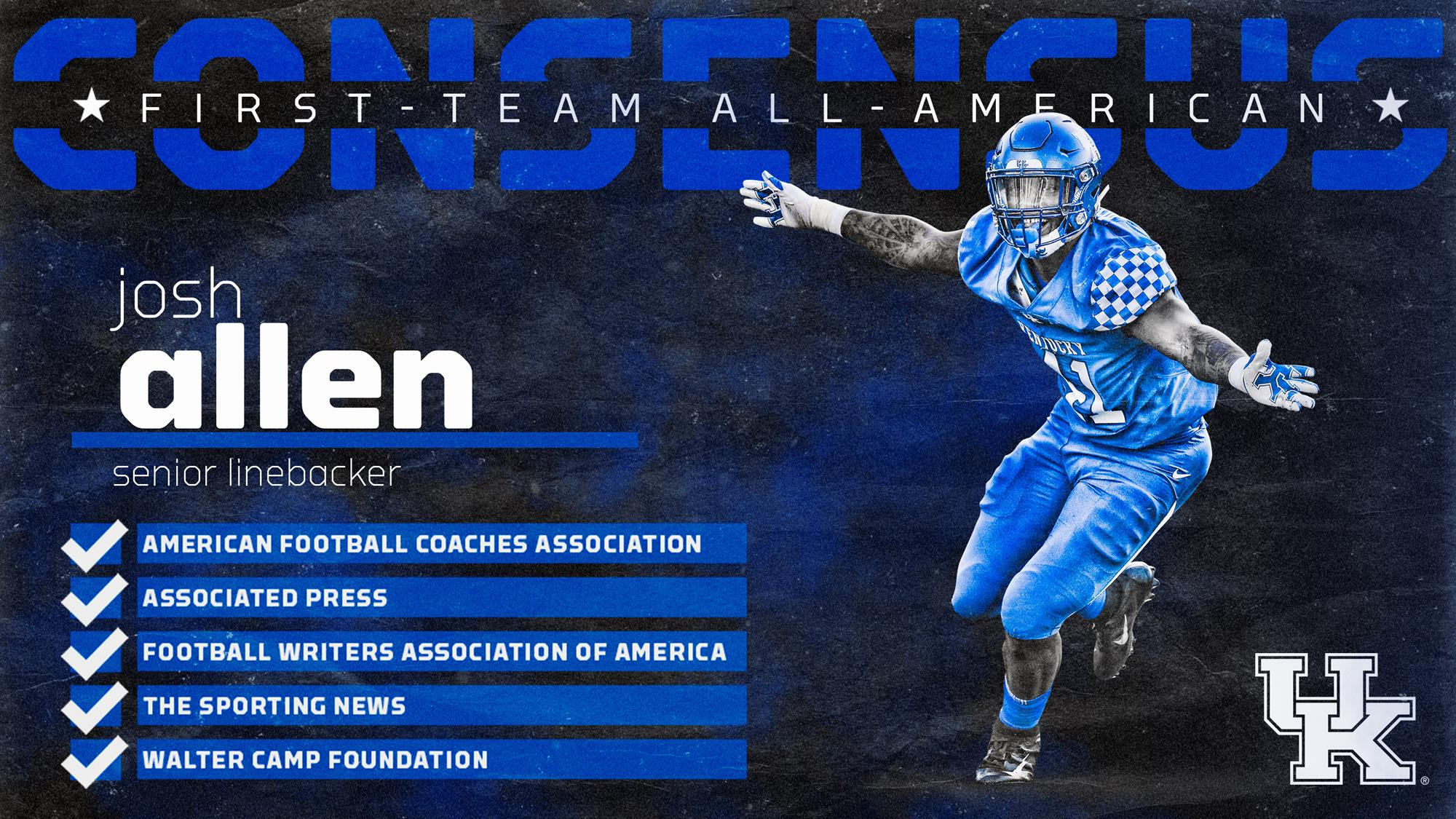 LEXINGTON, Ky. – University of Kentucky senior linebacker Josh Allen has been named a consensus All-American, it was announced by the NCAA today.
To be selected a player must be named first team on at least two of the five selected All-America teams. Second teams were used to break ties. Allen was one of eight players who were unanimous choices at specific positions by the five organizations used in the consensus chart — American Football Coaches Association, Associated Press, Football Writers Association of America, The Sporting News and Walter Camp Foundation.

Allen has been a pass rush terror this season. With 28.5 career sacks and 14 sacks in 2018, he now holds UK’s career and single-season records. His 11 career forced fumbles tie former Wildcats and current Chicago Bear Danny Trevathan for UK’s career mark (forced fumbles stats available since 1988).  He leads the team with 84 tackles and paces the SEC in sacks, tackles for loss (18.5) and forced fumbles (5). He is among the NCAA leaders in sacks, TFL and forced fumbles. Twelve of his 14 sacks have come in the second half of games, including eight in the fourth quarter. In five of UK’s wins this season, Allen had a sack in the fourth quarter that was crucial to the Wildcat victory, including two sack/fumble/UK recoveries on the opponent’s final possession of one-score games.

A summary of his growing list of accolades are:

Beginning in 1924, unanimous selections are indicated by (*).