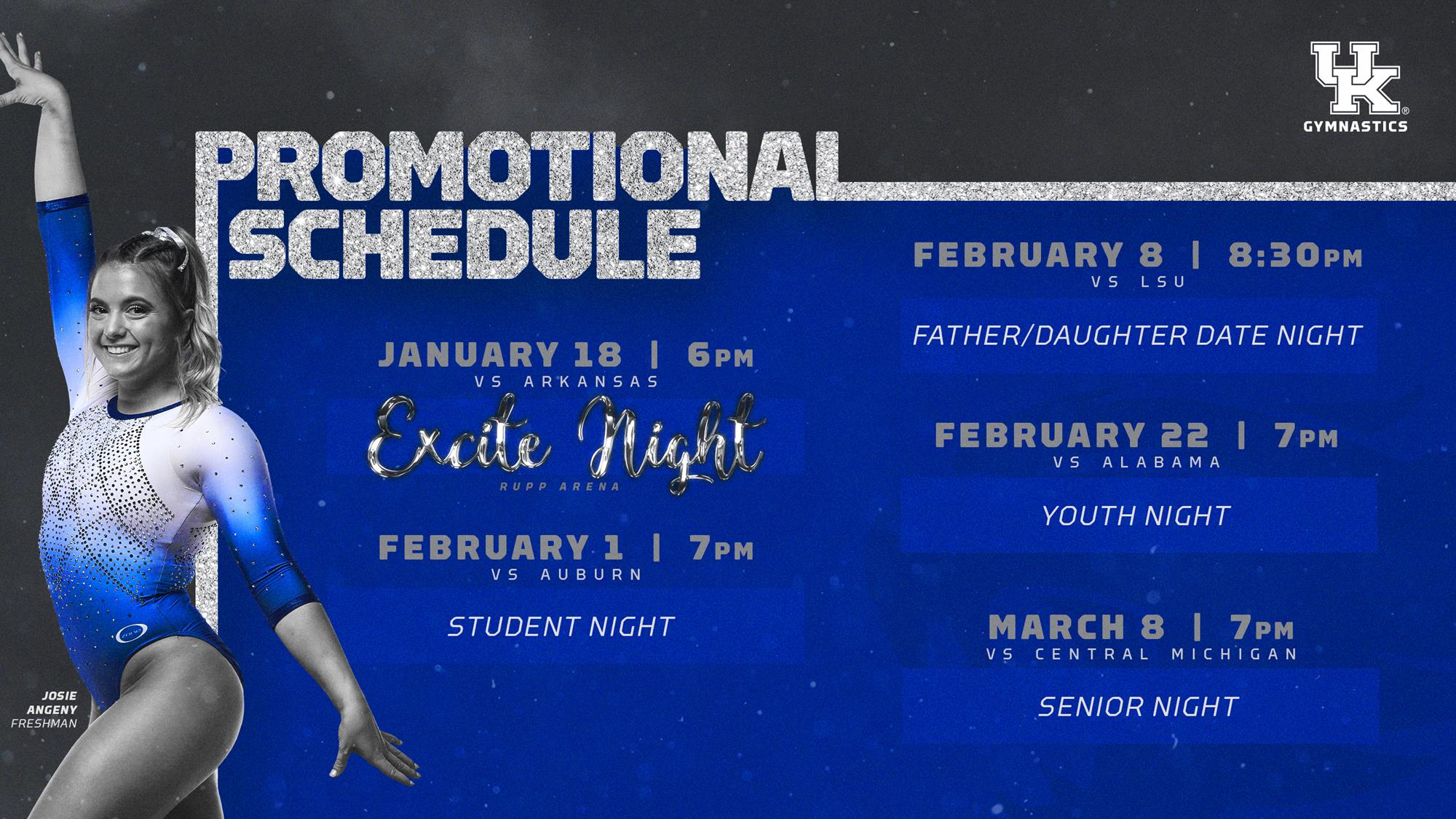 LEXINGTON, Ky. – Highlighted by a Disney star and an appearance in Rupp Arena, the Kentucky gymnastics released its full promotional schedule for the 2019 season on Wednesday.

Kentucky’s annual Excite Night will take place in Rupp Arena for the second consecutive season. UK will look to put 10,000 fans inside Rupp Arena when the Wildcats face their first conference opponent in Arkansas. Disney Channel’s DeVore Ledridge from Bizaardvark will be in attendance. Walker Montgomery will also be in attendance and singing the national anthem. Fans will also have the chance to get autographs from the UK Gymnastics team after the meet again this season. Light-up shakers and five special edition Kentucky Gymnastics American Girl dolls will be given away, and the concourse will have face painting, a photo booth and more for fans.

The second home meet of the year against Auburn on Feb. 1 will be student night, featuring a Team Wildcat Tailgate and free pizza for students.

On Feb. 8, UK will host LSU, and Kentucky invites all fathers and daughters to spend the Friday before Valentine’s day with a special date night designed around them.

Kentucky’s meet on Feb. 22 against Alabama is Youth Night and Junior Wildcat Club Night. Tickets are $3 for ages 6-18, and all Junior Wildcat Club members will receive free admission and are able to bring one additional guest free of charge. In addition to discounted admission, kids will be able to get their hands on a Kentucky gymnastics coloring book. Fans will also have the chance to win four front-row seats to Disney on Ice at Rupp Arena.

The final home meet of the year on March 8 against Central Michigan is Senior Night and International Women’s Day. Come honor Kentucky’s seniors and get another chance at a Kentucky Gymnastics Coloring Book Giveaway. 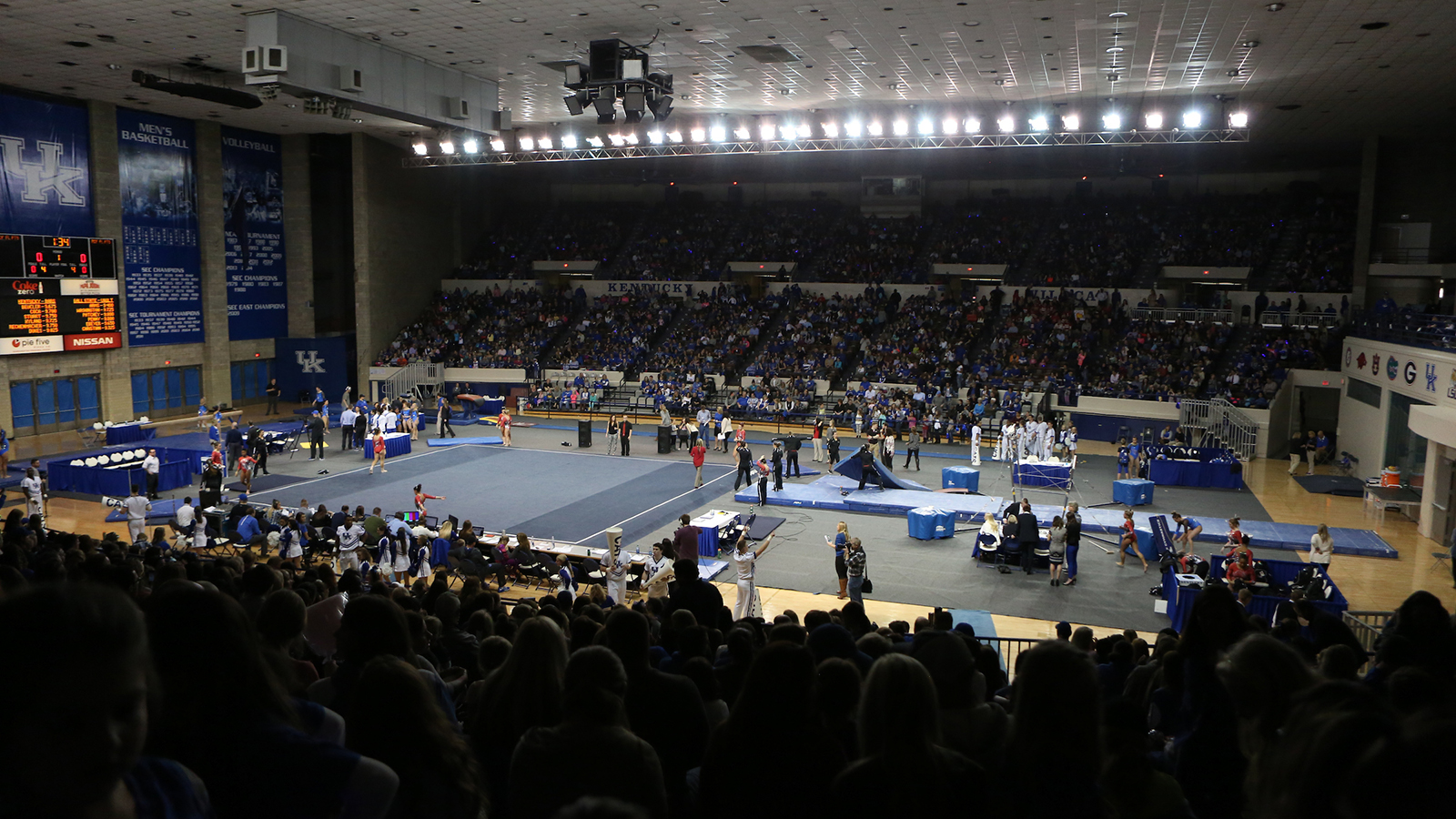 Wildcats to Host Crimson Tide in Memorial Coliseum on Friday