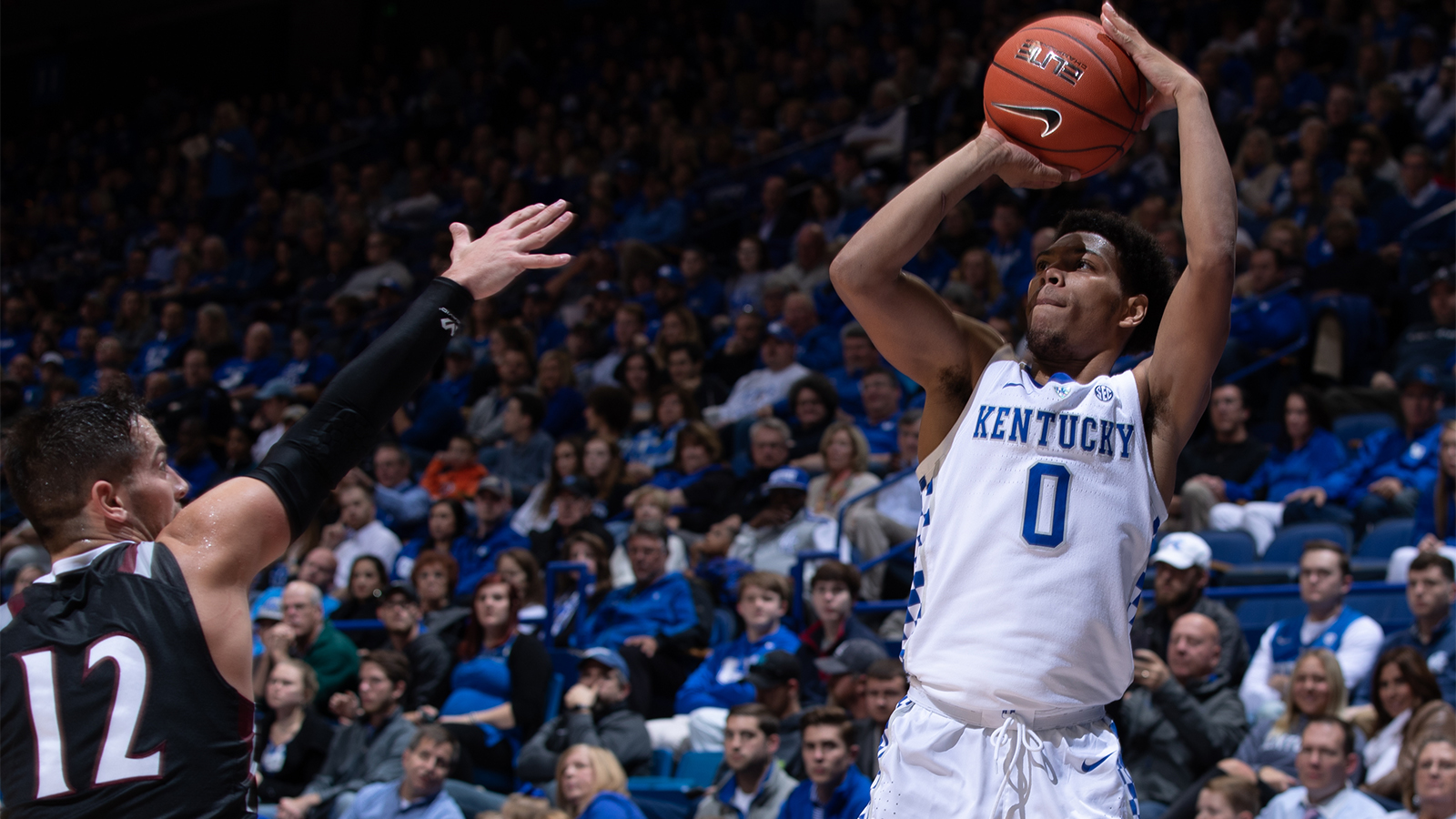 Quade Green to Transfer from Kentucky

Green notified Kentucky of his decision on Wednesday and will have the ability to transfer to any school without any restrictions, per NCAA rules.

“I have loved my time at Kentucky and love Coach Cal and the staff,” Green said. “This was a difficult decision and one I didn’t take lightly. However, after talking with my family and the coaching staff, I just felt like it was best that I explore other opportunities for my athletic and academic future. I have enjoyed my time at Kentucky and I’ll never forget the Big Blue Nation for its love and its support.”

The Philadelphia native started 13 of 34 games in 2017-18 and was averaging 17.8 minutes per game this season. He played a key role on the 2018 Southeastern Conference Tournament championship team, topping double figures 17 times, including six of his final 11 games played. He had three or more assists in 17 games last season. Green hit the game-winning layup in a comeback victory vs. Vanderbilt.

“I met with Quade yesterday and we talked through a lot of different things,” UK men’s basketball head coach John Calipari said. “The thing that struck me most is what a great kid Quade is. He felt like he was in a position that he couldn’t overcome and he had the maturity to come in and sit down and talk through it with me.

“Quade has my full support with this decision. We haven’t had many kids leave, but when we do, we always support them and, in just about every case, stay in touch with each other. I hope that will be the case with Quade.”

The 6-foot point guard came to Kentucky as a five-star prospect out of Neumann-Goretti High School in Pittsburgh. Green enjoyed a prolific high school career that saw him capture four state championships while earning Pennsylvania Class 3A Player of the Year honors in 2016 and 2017. He was a part of the 2016 FIBA Americas U18 Championship team that won a gold medal in Chile and participated in the McDonalds All-American Game, the Jordan Brand Classic and was the MVP of the HoopHall Classic.