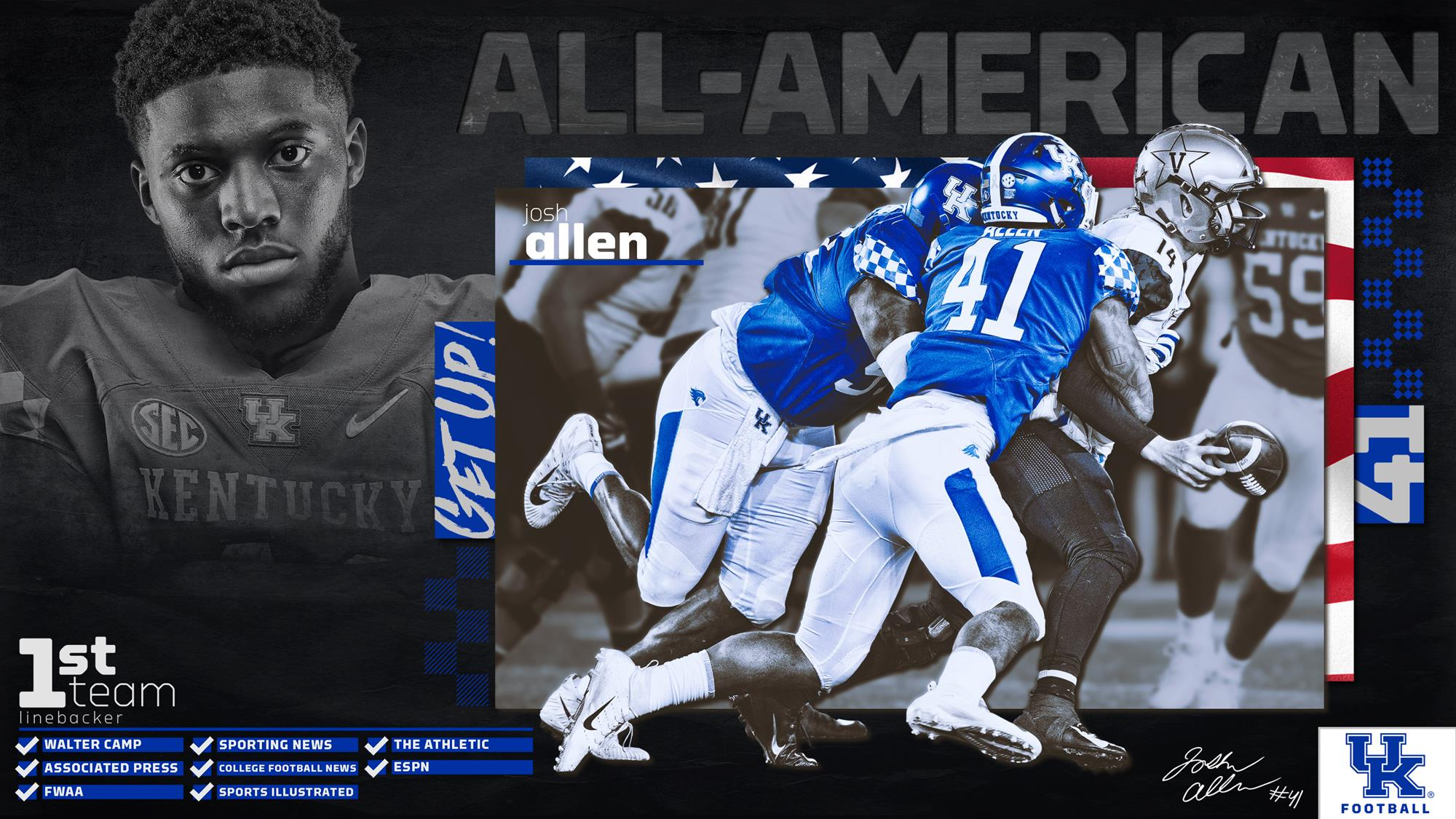 Allen’s honors add to a growing list of national accolades for the senior from Montclair, N.J. 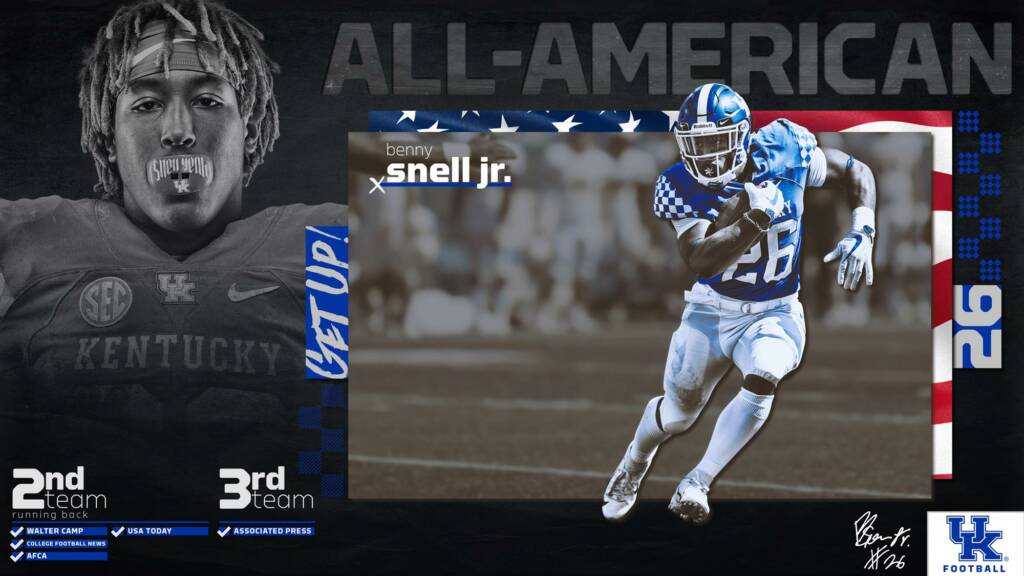 These are the fourth and fifth All-America recognitions for Snell, the junior from Westerville, Ohio. His 1,305 rushing yards and 14 TDs are among the national leaders in both categories. He joined Herschel Walker as the only two players in SEC history to rush for at least 1,000 yards and 12 touchdowns in each of his first three seasons. He continued his onslaught on the UK record books this season and has broken or tied 13 school records during his career. He needs 107 yards in the VRBO Citrus Bowl to become the Wildcats’ all-time leading rusher. Here are his national honors: 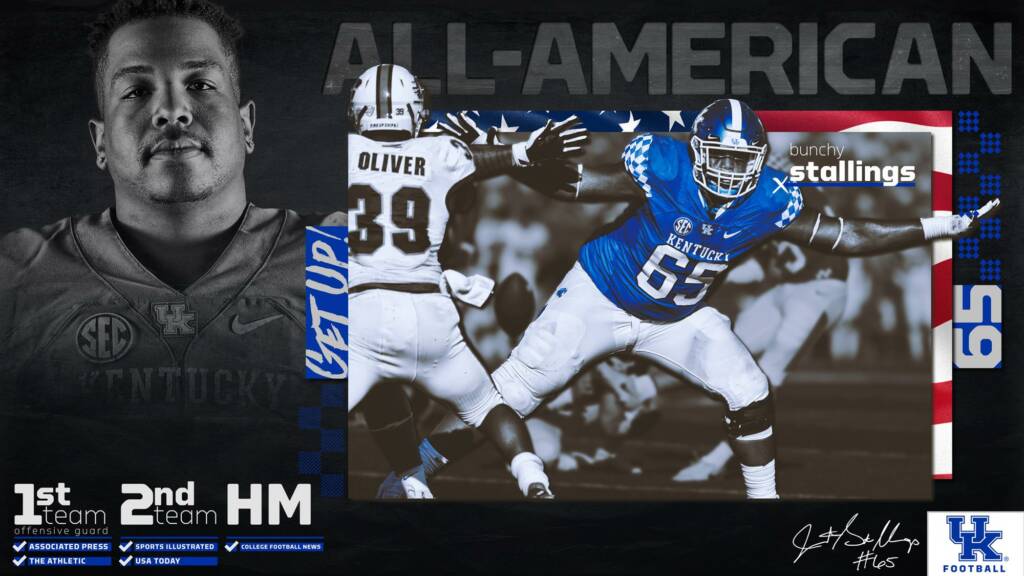 The award for Stallings, a senior from McComb, Miss., is his fourth national honor. Stallings was responsible for only one-half quarterback sack all year.  He totaled 170 blocks at the point of attack and had 55 knockdown blocks. His blocking efficiency helped Snell reach his third consecutive 1,000-yard season. His All-America list includes:


The trio has helped lead Kentucky to a 9-3 record, UK’s best regular-season record in 41 years, and UK’s 5-3 SEC record is the team’s first winning league mark in 41 years. The Wildcats conclude the season Jan. 1 vs. Penn State in the VRBO Citrus Bowl.