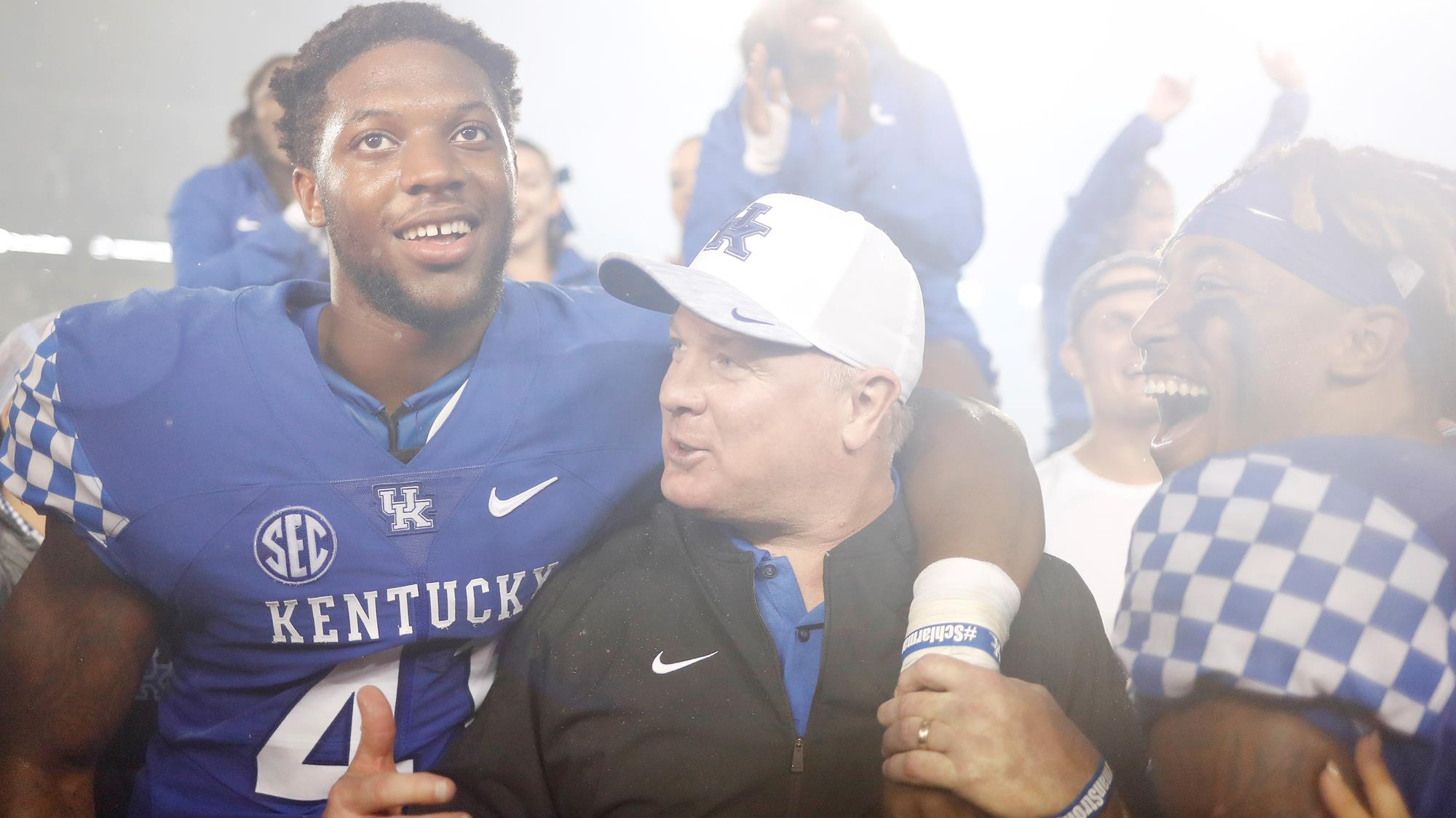 It’s a popular topic nationwide, the importance of bowls. Pundits go as far as to call the games exhibitions, insignificant even, while some star players elect to sit out the games to prepare for the NFL Draft.

That concept couldn’t be more foreign at the Joe Craft Football Training Facility.

There, the Kentucky Wildcats have begun preparations for the VRBO Citrus Bowl.

“The kids have a bunch of enthusiasm,” said Mark Stoops, named SEC Coach of the Year last week. “It’s really good to get out there and get moving around again as we start preparation for a big New Year’s Day bowl game.”

“I think as you move up and play in New Year’s Day bowl game, and play Penn State, it’s definitely motivation,” Stoops said. “We have a lot of respect for Penn State and their history. It’s also about us and playing this game and guys that want to play and want to win. Again, we gave it a great effort a year ago and came up a play short and our players are motivated to go try to get the victory.”

Kentucky has accomplished a great deal the last three seasons – particularly during a memorable 2018 –but a bowl victory is missing from among that list of accomplishments. UK fell to Georgia Tech in the TaxSlayer Bowl in 2016 and last year only a failed two-point conversion separated them from a Music City Bowl win over Northwestern.

“I know it’s bothered me when you’re in those bowl games and you put that amount of work in and you exit that field and one team is up there accepting a trophy and the other team is going in the locker room and I can promise you there are no runner-up trophies going in our trophy case,” Stoops said. “They gave us one a year ago and I think its permanent place is the bottom drawer and it will stay there so we need to go win one.”

The bowl preparation process is unique, as the Cats will have weeks to get ready for a game after playing 12 games with only one bye week during the regular season. Along the way, players will take finals and spend some time with family for the holidays. That will bring some rest for certain starters and opportunity for younger players in practice, but no change in focus.

“We’re going to get our work done but I’m also going to respect the players and just get them to a point where we’re excited and energized and focused and ready to practice,” Stoops said. “I think the preparation and hard work is always going to be there, but I think morale is a big piece of it. You want to be hungry and excited to play.”

In case the Cats needed an extra boost on that count, they got one when Josh Allen took a break from his nationwide awards tour to announce he will play in the bowl game. Some of his fellow future first-round picks have opted to sit for the bowl, but not the winner of the Chuck Bednarik Award, Bronko Nagurski Trophy, Lott IMPACT Trophy and SEC Defensive Player of the Year.

Stoops spent much of last week traveling with Allen on that aforementioned awards tour, but was careful not to try to influence his decision one way or the other.

“I said, ‘Josh I want you to know that your legacy is set and nobody, myself or anybody would judge you any differently if you choose not to play in this game,’ ” Stoops said. “I was definitely a factor a year ago in helping him make that decision but on this one I really didn’t want any part of that. I wanted him to truly make that decision on his own, and whatever he felt in his heart and whatever he felt was the right decision because we just respect him that much and he’s done so much for this place.”

Indeed, that was a marked difference from a year ago, when Stoops counseled Allen to return for his senior season. That ended up working out well, for both Allen and the Cats.

“I was just talking to a couple pro scouts today and they’re using him as a reference to other juniors across the country,” Stoops said. “I don’t want to put a dollar figure on it but absolutely significant the difference between coming out a year ago and coming out now. He’s a great example for a lot of players. Also, with the way he, once he decided, he never looked back.”

Now that he’s made this latest decision, he will do the same alongside his teammates.

“They invest a lot and work extremely hard and they have for a long time to do some of the things they’ve done,” Stoops said. “To win 10 is significant and our players know that and I don’t have to address that every day. They understand that and what’s at stake — playing New Year’s Day, playing Penn State, winning 10, you put it all together and it’s important.”