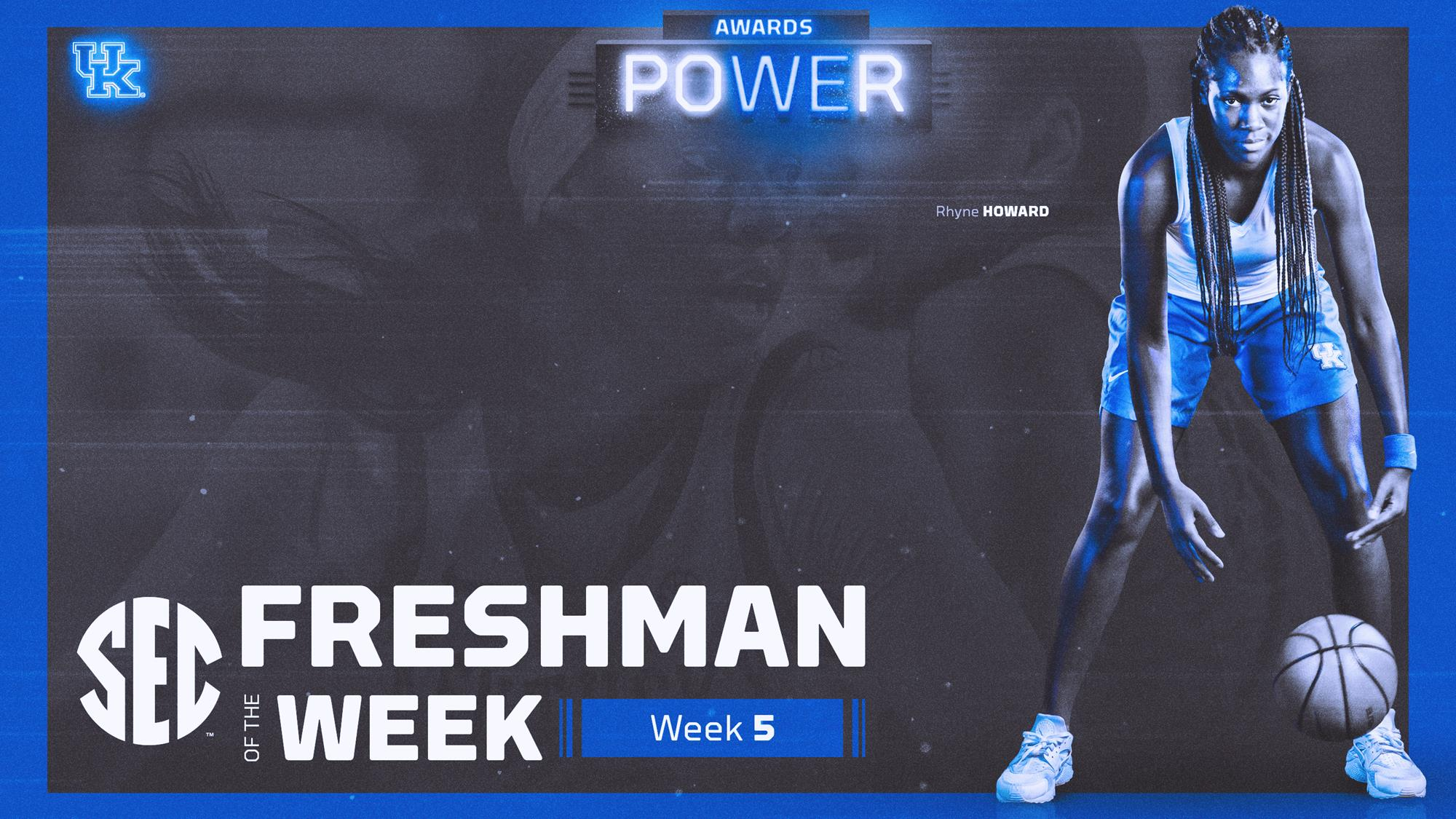 LEXINGTON, Ky. – For the third time this season, University of Kentucky freshman guard Rhyne Howard has been tabbed the Southeastern Conference Freshman of the Week by the league office for her strong performances for the top-20 ranked Wildcats.

Howard received her first honor of the season on Nov. 13 after strong performances against Alabama State and Southern before being tabbed the league’s top freshman on Nov. 27 after helping UK win the Paradise Jam Island Division. The native of Cleveland, Tenn., is the fourth player in program history to win three or more conference freshman of the week honors, joining Victoria Dunlap, A’dia Mathies and Bria Goss. All four players have come in the Matthew Mitchell era.

This week’s honor comes after Howard helped UK go 1-1 with a win over Rhode Island before a close, hard-fought loss at No. 5/4 Louisville. The freshman started the week with 19 points, seven rebounds and a season-best seven steals against Rhode Island. Against highly ranked Louisville, Howard led Kentucky in scoring with 25 points on 9-of-17 shooting with 10 rebounds and a team-best and career-high six assists. The double-double at UofL was her third of the season and fourth time she has scored 20 or more points this year.

Howard, who is the first UK freshman in the Mitchell era to score at least 10 points in each of her first 10 games, leads Kentucky in scoring at 18.9 points per game and rebounding with 7.2 boards per game. The rookie also leads UK in blocks with 12 and is second on the team with 22 assists and 25 steals.

No. 18 Kentucky (9-1) returns to action on Saturday, hosting Middle Tennessee at Memorial Coliseum. Tipoff is set for 1 p.m. ET and the game can be seen on SEC Network+.