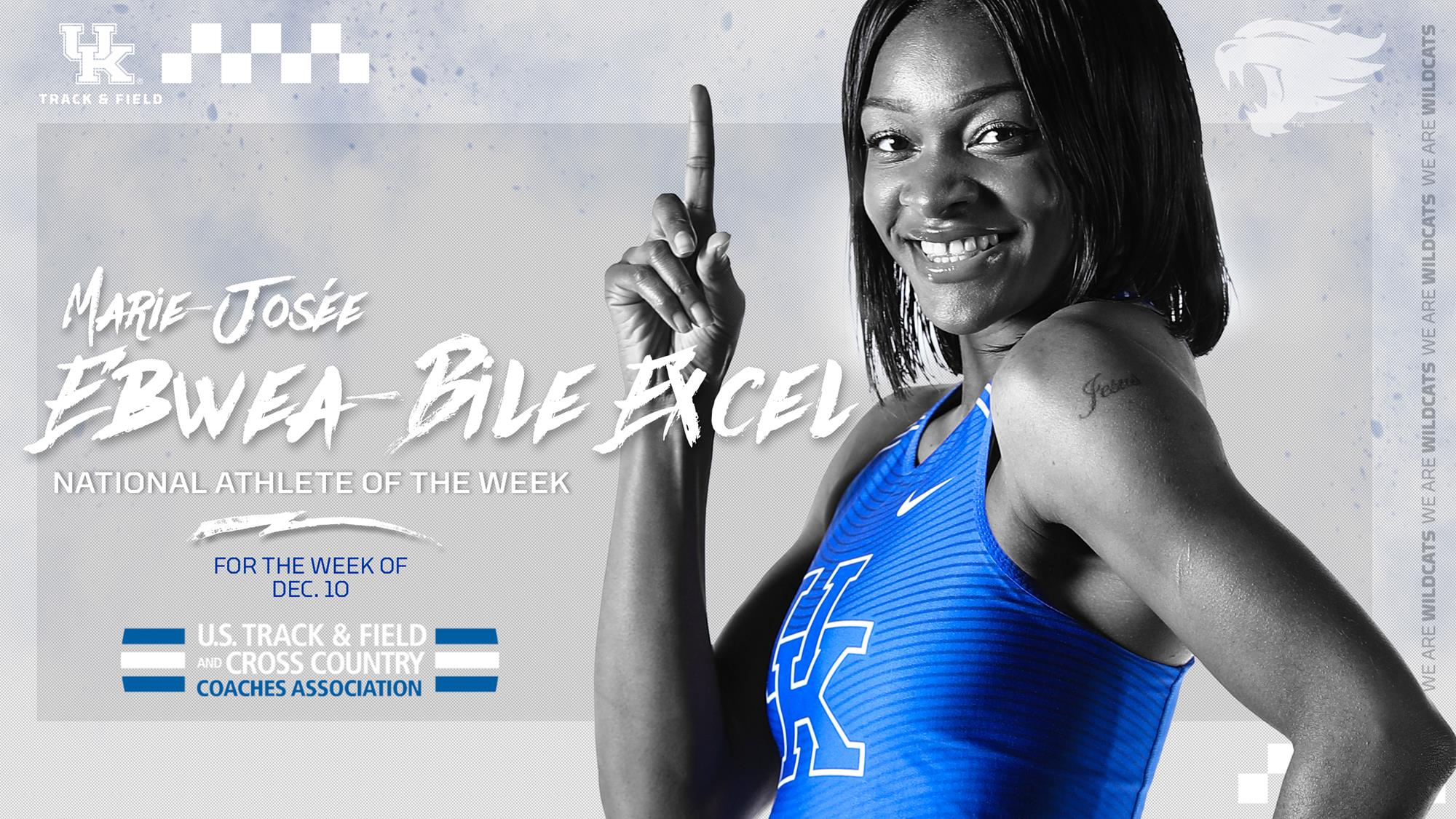 Ebwea-Bile Excel had all four of the top triple jump marks in the nation so far in her season-opener at the Hoosier Open last Friday.

Ebwea-Bile Excel’s top mark came on her first attempt of the meet and won the event by more than two feet. That mark was half and inch off her indoor personal best.

Ebwea-Bile Excel is a two-time NCAA medalist and two-time Southeastern Conference medalist in the triple jump.

Kentucky has had a woman honored as National Athlete of the Week during the December portion of the indoor season four years in a row (Sydney McLaughlin and Olivia Gruver were honored in 2018, while Sha’Keela Saunders received accolades in both 2016 and 2017).