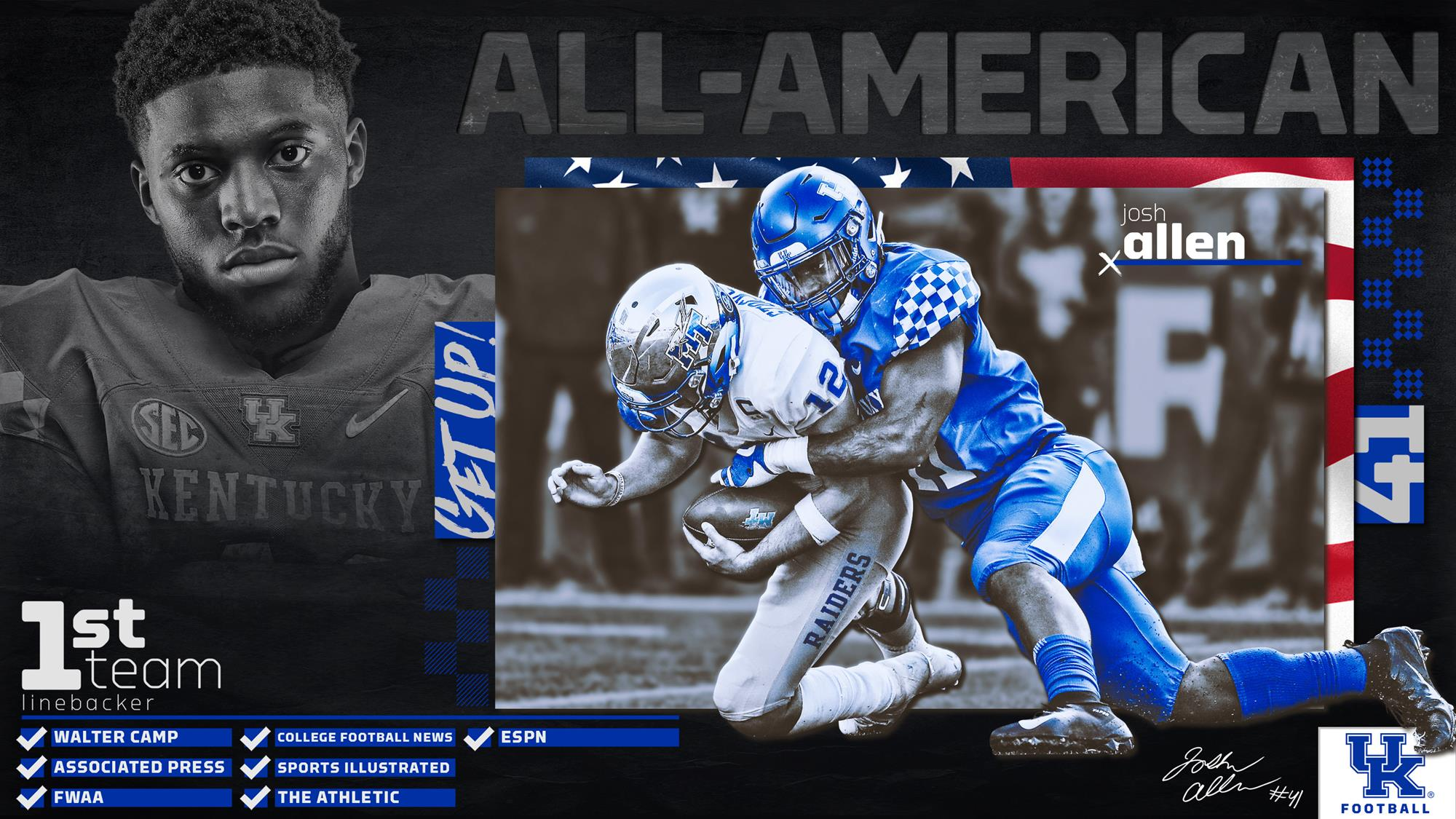 
Allen has been a pass rush terror this season. With 28.5 career sacks and 14 sacks in 2018, he now holds UK’s career and single-season records. His 11 career forced fumbles tie former Wildcats and current Chicago Bear Danny Trevathan for UK’s career mark (forced fumbles stats available since 1988).  He leads the team with 84 tackles and paces the SEC in sacks, tackles for loss (18.5) and forced fumbles (5). Twelve of his 14 sacks have come in the second half of games, including eight in the fourth quarter. In five of UK’s nine wins this season, Allen had a sack in the fourth quarter that was crucial to the Wildcat victory.