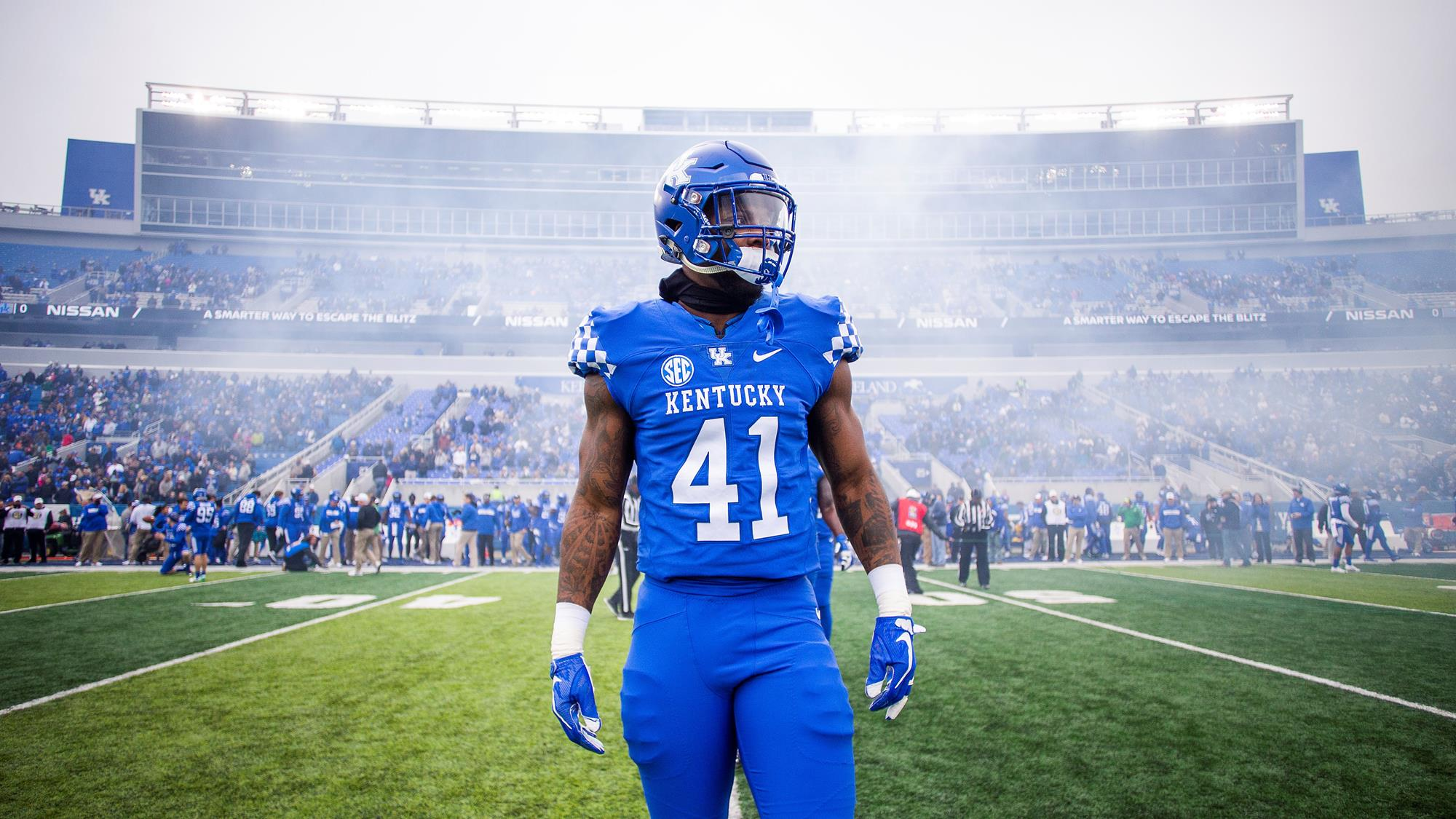 Josh Allen is crisscrossing the country this week.

His week began in Charlotte, North Carolina, where he was named the winner of the Bronko Nagurski Trophy. It continued Thursday in Atlanta, where he won another national defensive player of the year award – the Chuck Bednarik Award – and was a finalist for the Walter Camp Player of the Year award. Next he will head to Newport Beach, California, to learn whether he will receive the Lott IMPACT Trophy.

If you thought Allen was going to become too big-time for the BBN in the midst of his big week, think again. Allen took time Friday to not only thank fans, but also to announce his intentions to play in the VRBO Citrus Bowl.

“I am deeply humbled by the nominations and awards I have received this week,” Allen said in a graphic posted on his Twitter. “I want thank my coaches, teammates and the BBN. I am honored to say we have unfinished business and my teammates and I plan to bring the Citrus Bowl trophy back to Lexington.

“BBN see you in Orlando!”

Allen’s announcement is clearly a big deal for No. 14 Kentucky (9-3), which will be looking to cap its best season in more than four decades with a victory over No. 12 Penn State (9-3). Allen – in the top five of some NFL Draft projections – has a team-leading 84 tackles this season. His 14 sacks – second in the country – are a school record and have made him UK’s all-time career sacks leader.