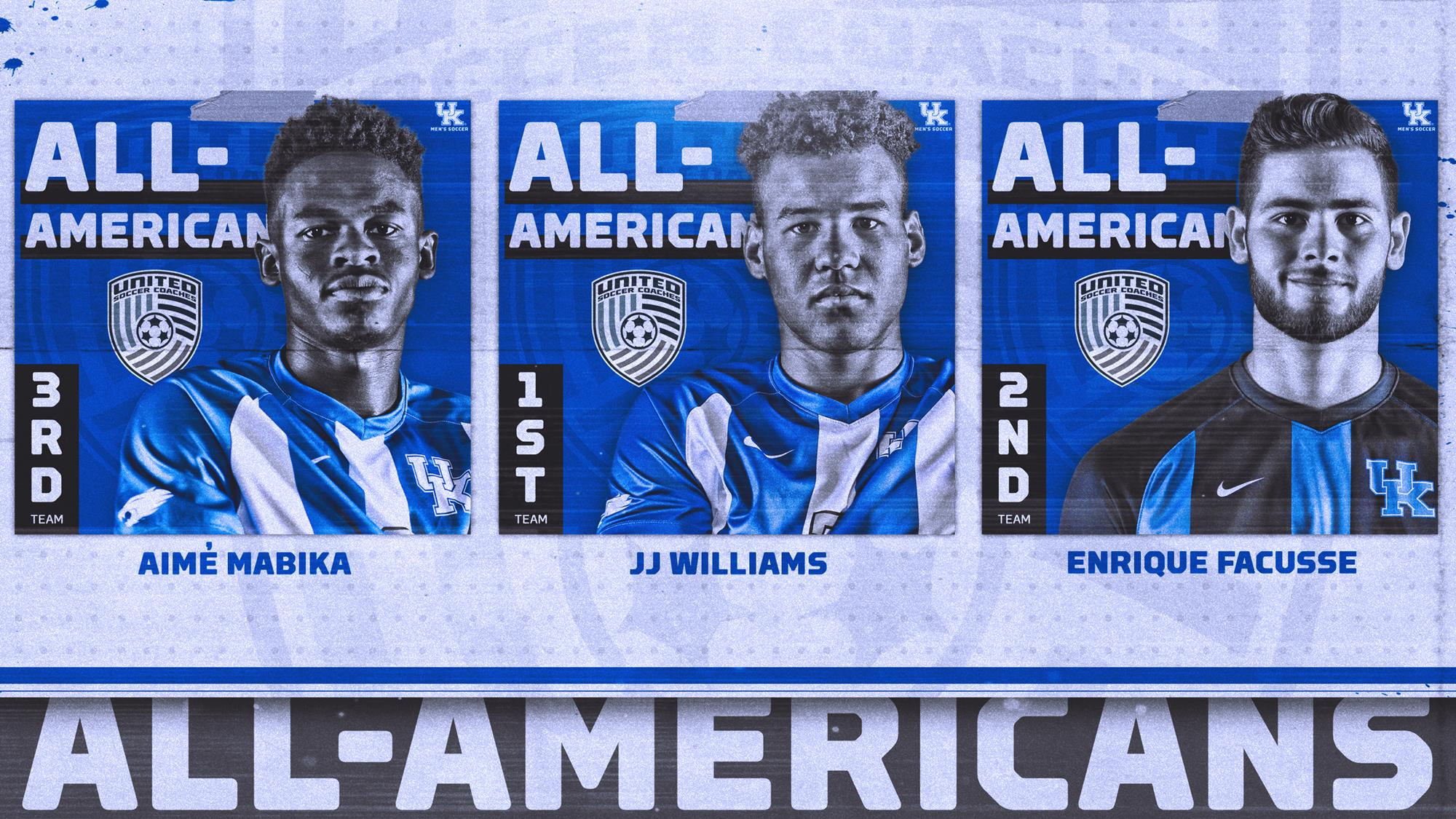 Kentucky has now been represented on the USC (formerly NSCAA) All-America teams four out of the last five years.

Williams was named to the First Team. The Conference USA Player of the Year and MAC Hermann Award semifinalist, established himself as perhaps the nation’s top attacking threat. He scored 18 goals – third most in the nation – nine game winners – second most in DI – and ranked third nationally in total points (44).

Facusse was named to the second team. The UK goalkeeper was named All-Region for the second year in a row, as well as First Team All-Conference USA. His .49 goals against average ranked fourth nationally, and his .84 save percentage ranked 12th in Division I.

Mabika earned a spot on the third team. The sophomore defender played a central role in the nation’s No. 3 goals against average (.49) and shutout percentage (.64) defense.

This year’s NCAA Division I Men’s All-Americans will be recognized for their accomplishments at the All-America Ceremony & Reception on Jan. 12, 2019 at McCormick Place West in Chicago in conjunction with the 2019 United Soccer Coaches Convention.

UK’s three All-Americans plus Kalil ElMedkhar were named All-Southeast Region on Wednesday. All four of them were First Team All-C-USA selections.

UK’s coaches were named the Southeast Region Staff of the Year last week.