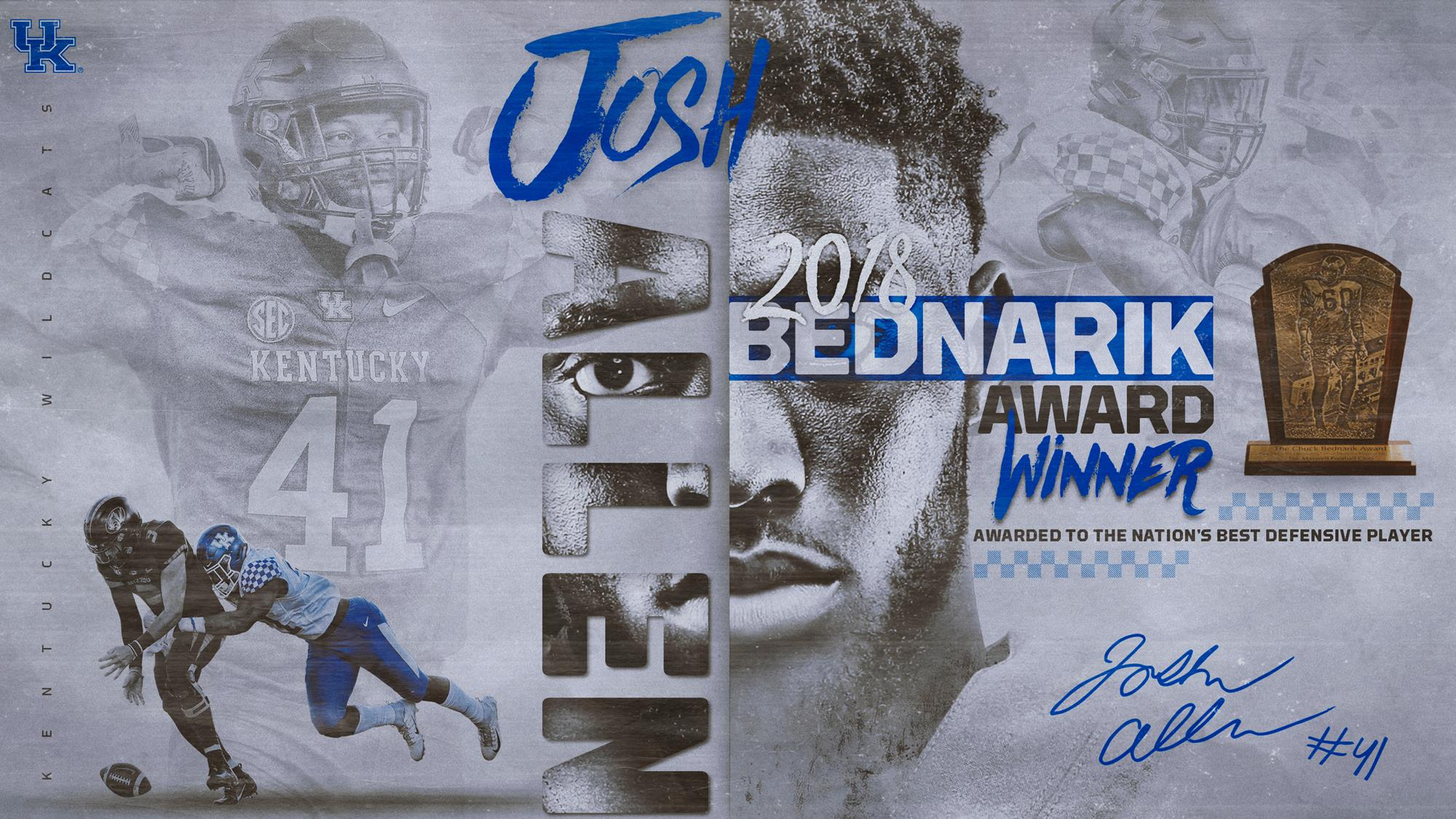 LEXINGTON, Ky. – University of Kentucky senior linebacker Josh Allen has been named the winner of the 24th Chuck Bednarik Award for the Outstanding Defensive Player of the Year.

Allen was announced the winner at the Home Depot College Football Awards Show in Atlanta. The formal presentation will be made at the Maxwell Football Club Awards Gala hosted by Tropicana Hotel & Casino Atlantic City on Friday, March 8, 2019.