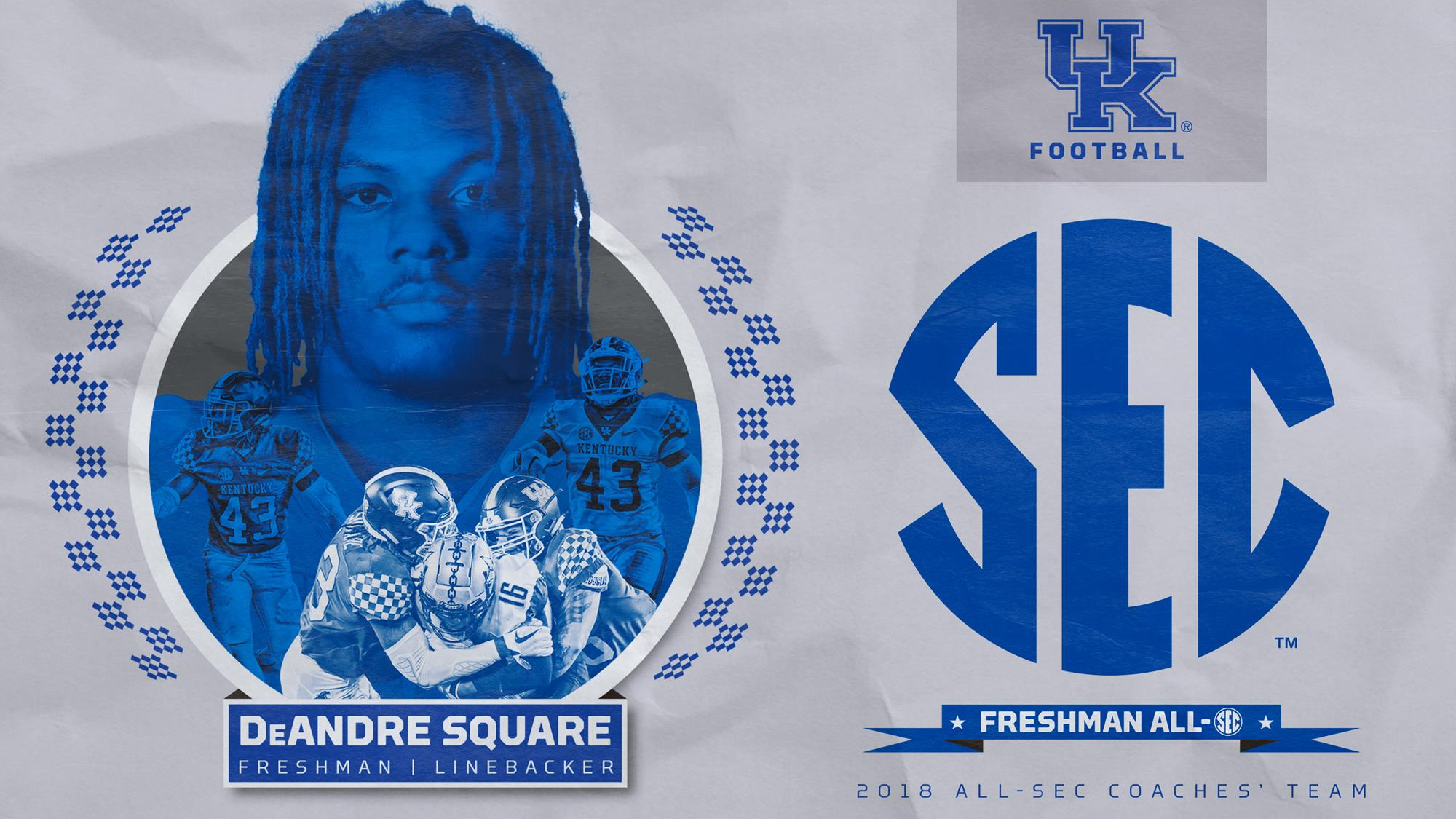 LEXINGTON, Ky. – Kentucky freshman linebacker DeAndre Square was named to the SEC All-Freshman Team in a vote of the league’s coaches, it was announced Thursday. He is the ninth Wildcat to receive the honor under coach Mark Stoops’ guidance.

Square (Detroit) led all UK freshmen with 29 total tackles on the season, including at least one in 11 of the Cats’ 12 games. The 6-foot-1, 205-pound outside backer tallied 2.5 tackles for loss, forced a fumble, broke up a pass and logged three quarterback hurries as the primary backup to senior Jordan Jones.

In 2018, the Wildcats won nine regular-season games for the first time in 41 years, including six over bowl-eligible teams and four over squads that won eight or more. UK’s 5-3 mark in SEC play also was the team’s first winning league record since 1977.  The Cats won at Florida, ending a three-decade-old dry spell against the Gators, and the recorded the most-lopsided win in the history of the Governor’s Cup series against Louisville.