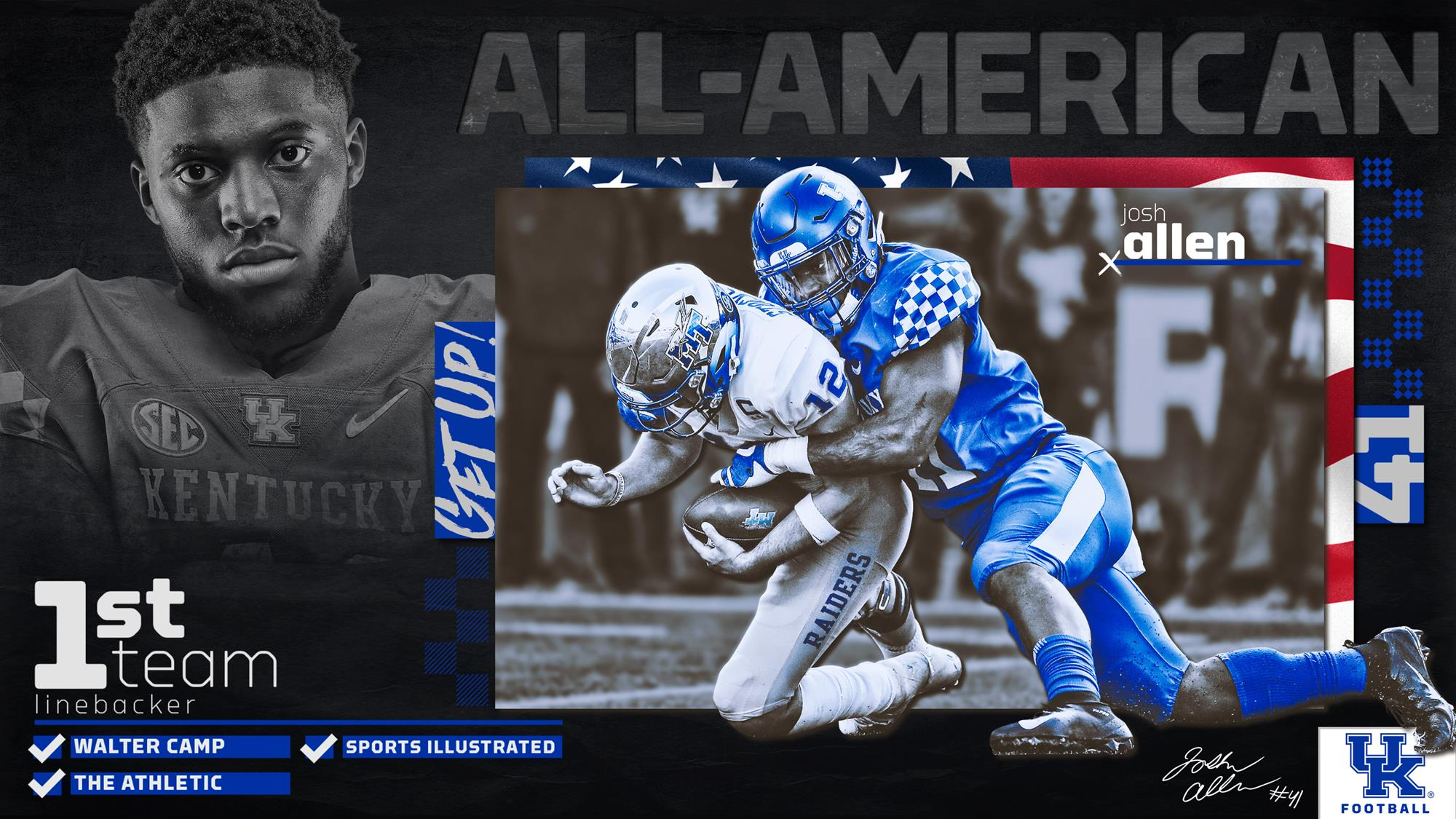 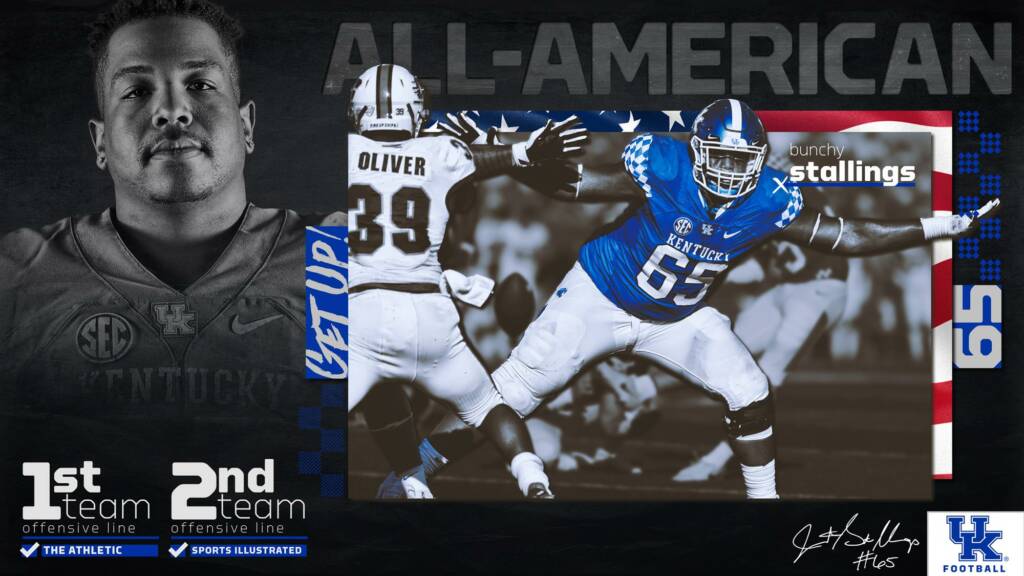 Allen is a first-team selection by both organizations, with Stallings and Snell being second-team picks by Sports Illustrated and Walter Camp, respectively. UK’s most recent All-Americans from SI were all-purpose player Randall Cobb as first-team in 2010 and linebacker Danny Trevathan as a second-teamer in 2011. Walter Camp is in its 129th year as the nation’s oldest All-America team, with kick returner Derek Abney (first team 2002) and cornerback Trevard Lindley (second team 2008) being the Wildcats’ most recent honorees from that group.

Allen has been a pass rush terror this season. With 28.5 career sacks and 14 sacks in 2018, he now holds UK’s career and single-season records. His 11 career forced fumbles tie Trevathan for UK’s career mark (forced fumbles stats available since 1988).  He leads the team with 84 tackles and paces the SEC in sacks, tackles for loss (18.5) and forced fumbles (5). Twelve of his 14 sacks have come in the second half of games, including eight in the fourth quarter. In five of UK’s nine wins this season, Allen had a sack in the fourth quarter that was crucial to the Wildcat victory.

The award for Stallings, a senior from McComb, Miss., follows first-team All-America honors from TheAthletic.com and first-team All-SEC mention from the AP and SEC coaches. Stallings was responsible for only one-half quarterback sack all year.  He totaled 170 blocks at the point of attack and had 55 knockdown blocks. His blocking for Snell helped the running back rush for 1,305 yards and 14 touchdowns. Earlier this season, Stallings was SEC Offensive Lineman of the Week following wins over Florida and Mississippi State. 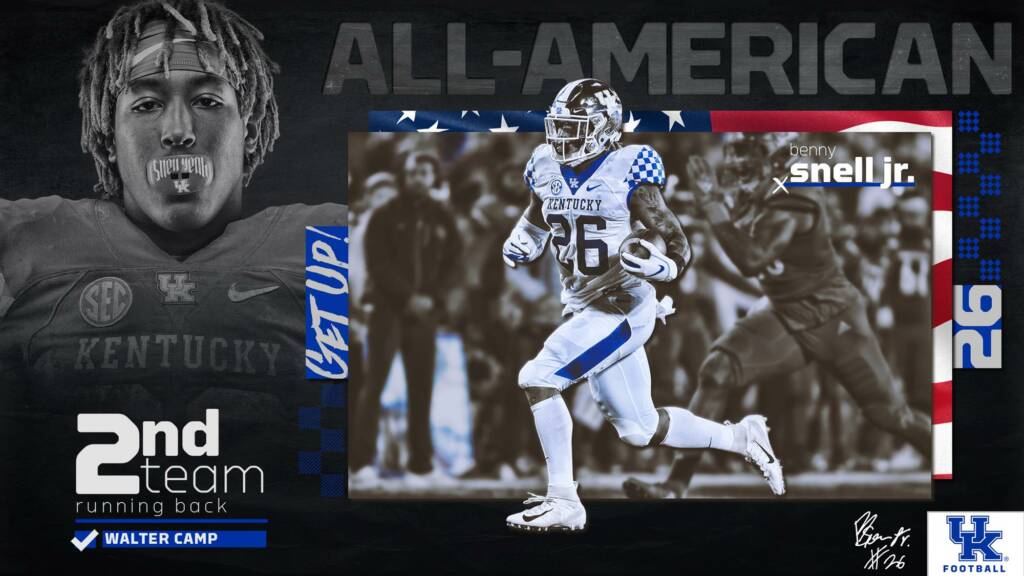 This is the first All-America recognition for Snell, the junior from Westerville, Ohio. His 1,305 rushing yards and 14 TDs are among the national leaders in both categories. He joined Herschel Walker as the only two players in SEC history to rush for at least 1,000 yards and 12 touchdowns in each of his first three seasons. He continued his onslaught on the UK record books this season and has broken or tied 13 school records during his career. He needs 107 yards in the VRBO Citrus Bowl to become the Wildcats’ all-time leading rusher.

The trio has helped lead Kentucky to a 9-3 record, UK’s best regular-season record in 41 years, and UK’s 5-3 SEC record is the team’s first winning league mark in 41 years. The Wildcats conclude the season Jan. 1 vs. Penn State in the VRBO Citrus Bowl.