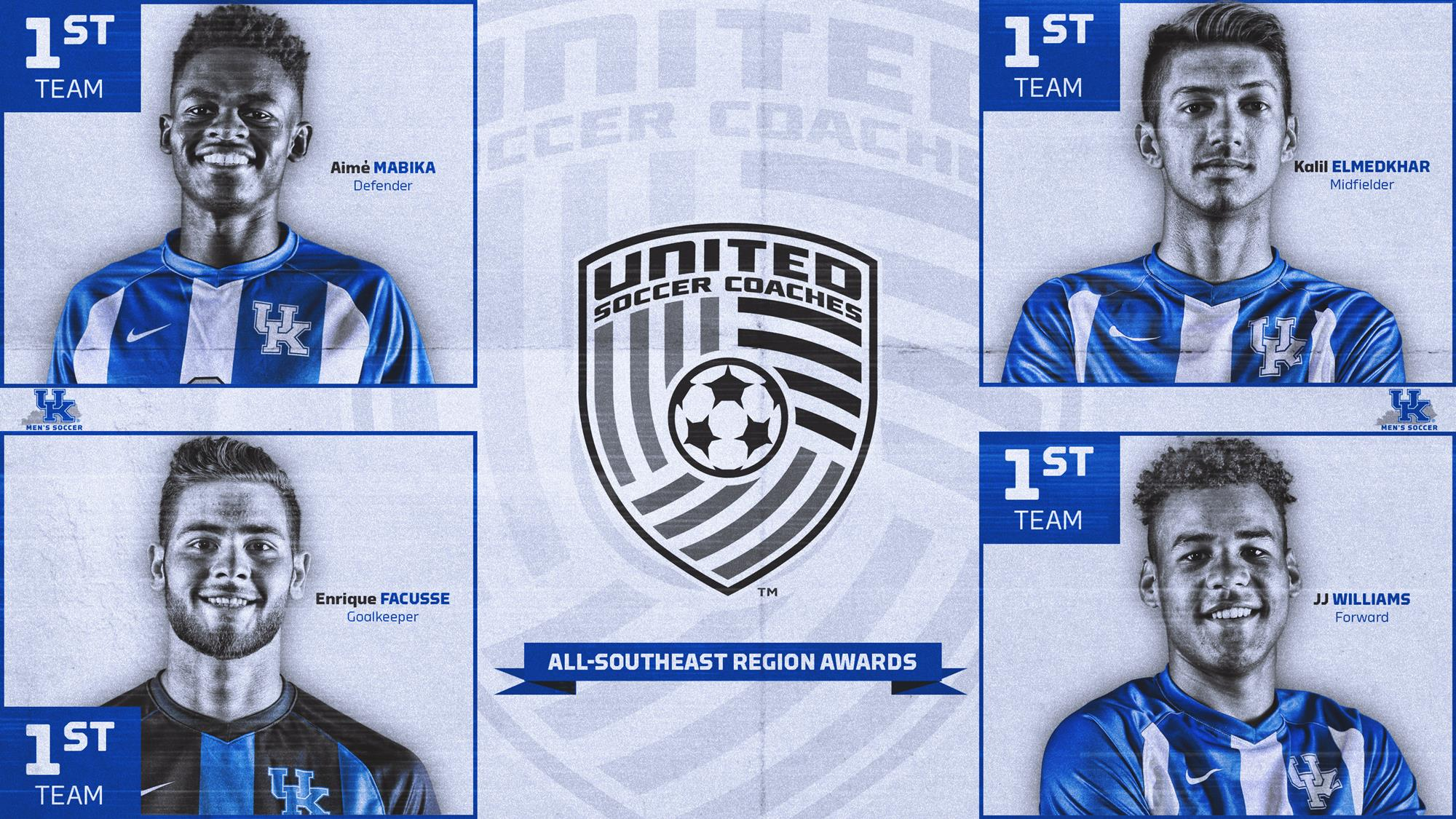 All four of them were First Team All-C-USA selections.

Facusse, a sophomore, was named All-Region for the second year in a row after being on the All-Southeast Second Team a season ago. His .49 goals against average ranked fourth nationally, and his .84 save percentage ranked 12th in Division I.

ElMedkhar scored 11 goals and assisted 11 times in 2018. He ranked seventh in Division I in assists, ninth in points, 27th in goals and fourth in shot accuracy (66 percent). He had the second most assists in a single season by a Wildcat all-time.

Mabika played a central role in the nation’s No. 3 goals against average (.49) and shutout percentage (.64) defense.

Williams, the Conference USA Player of the Year and MAC Hermann Award semifinalist, established himself as perhaps the nation’s top attacking threat. He scored 18 goals – third most in the nation – nine game winners – second most in DI – and ranked third nationally in total points (44).

UK’s coaches were named the Southeast Region Staff of the Year last week.