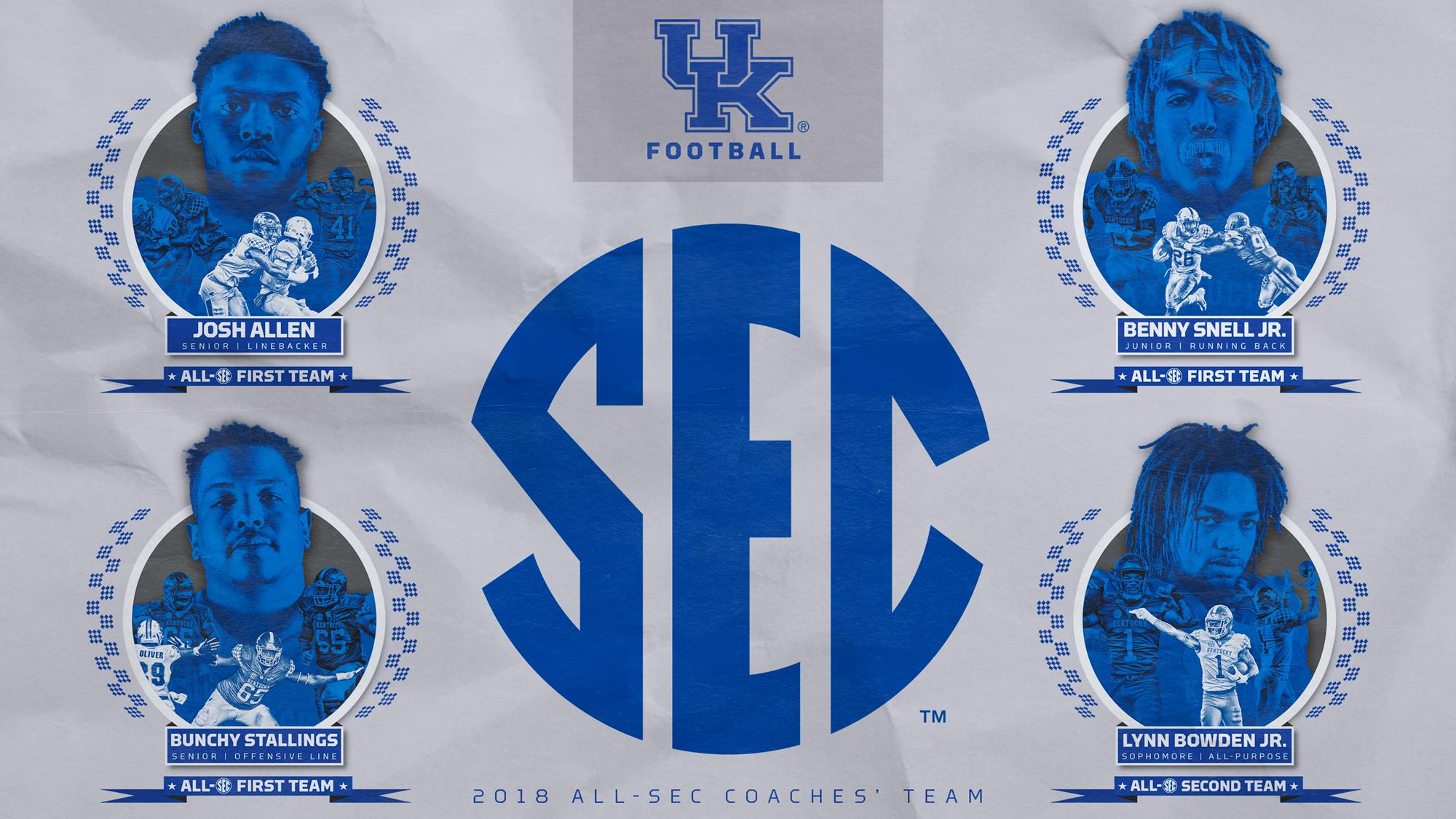 The three Wildcats voted to the coaches’ first team are the most since 2008 when star receiver/return man Randall Cobb, linebacker Micah Johnson and punter Tim Masthay all earned that distinction.  Allen, Snell and Stallings duplicated the first-team All-SEC honors announced Monday by The Associated Press.

The Wildcats won nine regular-season games for the first time in 41 years, including six over bowl-eligible teams and four over squads that won eight or more. UK’s 5-3 mark in SEC play also was the team’s first winning league record since 1977.  The Cats won at Florida, ending a three-decade-old dry spell against the Gators, and the recorded the most-lopsided win in the history of the Governor’s Cup series against Louisville.

Snell continued his onslaught on the UK record books this season while piling up 1,305 yards and 14 touchdowns as a junior, and now ranks second on UK’s career rushing list behind only Sonny Collins. The Westerville, Ohio native now has been voted AP first team in back-to-back seasons. The last Wildcat to win consecutive first-team All-SEC honors was tight end Jacob Tamme in 2006-07. Snell has six 100-yard games this season and will enter the VRBO Citrus Bowl with 3,729 career rushing yards and 46 touchdowns.

Stallings, a senior guard from McComb, Mississippi, is just the second UK offensive lineman to earn first-team honors since 2003, joining center Jon Toth in 2016. He twice earned SEC Offensive Lineman of the Week this season and gained attention for his devastating pancake block in the open field against Florida during a critical point of the Cats’ 27-16 win.

Bowden, a sophomore from Youngstown, Ohio, was one of the league’s most explosive threats this season, leading the Wildcats with 62 catches for 661 yards and five touchdowns. He returned 20 kickoffs for an average of 22.5 yards and jumpstarted the Cats’ wild, come-from-behind win at Missouri with his 67-yard punt return for a touchdown in the fourth quarter of a game UK won on the final play of the game.