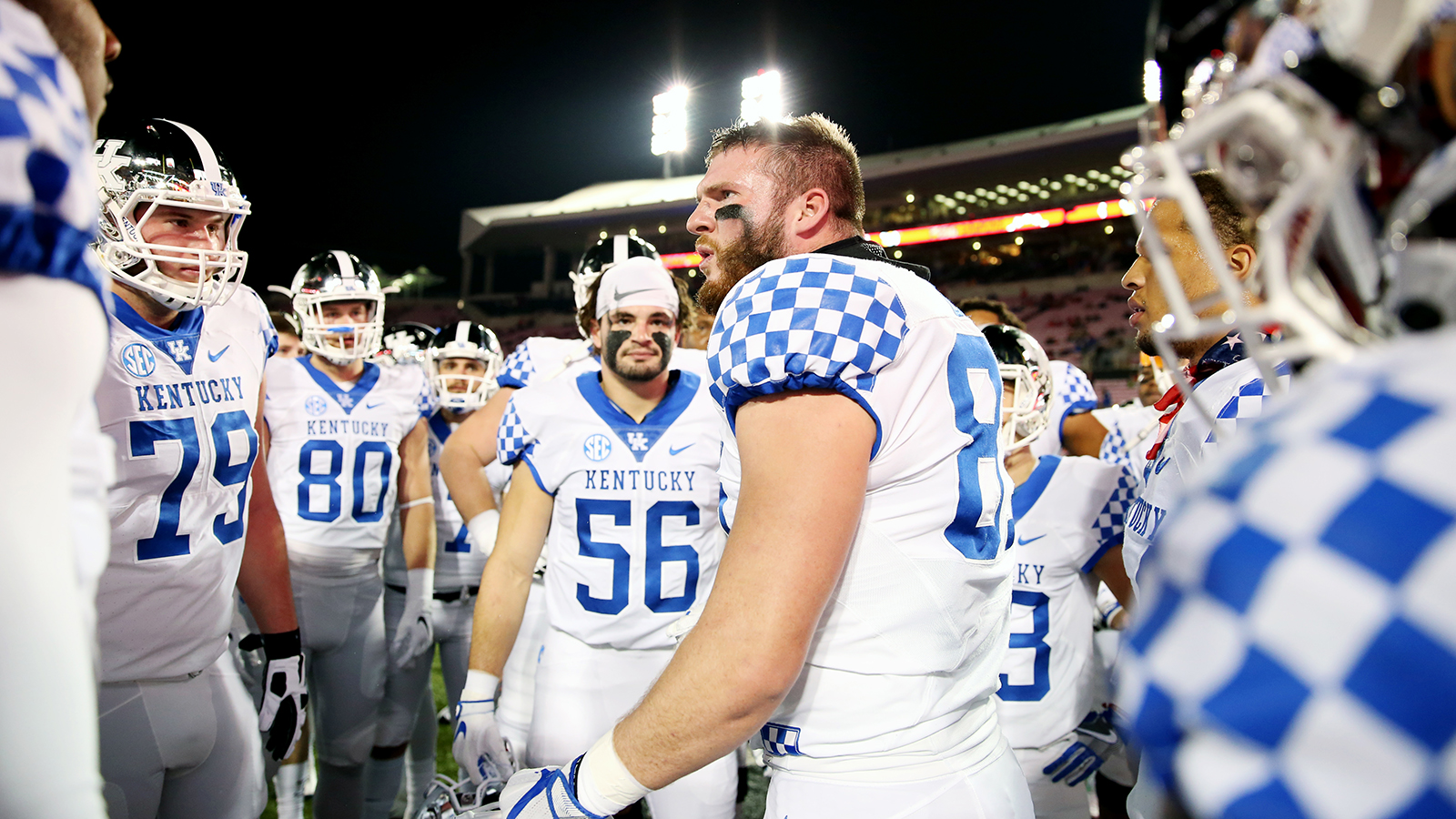 Though a ‘Blessing’, Just Playing in Citrus Bowl Not Enough for Cats

Kash Daniel has watched football for as long as he can remember.

New Year’s Day bowl games have always been a big part of that.

“As a kid growing up, those were the games you were looking forward to, to kick off the New Year in college football,” Daniel said.

Now, Daniel gets to play in one of those games.

No. 14 Kentucky has been chosen to play in the VRBO Citrus Bowl, where the Wildcats will face No. 12 Penn State (9-3) in a rematch of their last appearance in a New Year’s Day bowl 20 years ago.

“To be able to be a part of one is truly a blessing,” Daniel said. “…This team’s worked really hard to get where we are. I don’t like to use the word deserving, but I think this team has earned where we are, and I think we’ve earned the right to be playing this game. We’re very thankful that the Citrus Bowl wanted us to come and to be a part of this great bowl, and we can’t wait to get to work and get down there and experience it.”

UK earned its trip to the Citrus Bowl with a 9-3 regular season, the best in program history since 1977. The Cats finished 5-3 in Southeastern Conference play, including victories over three teams appearing in final College Football Playoff rankings (No. 10 Florida, No. 18 Mississippi State and No. 23 Missouri). Kentucky is eighth nationally in scoring defense and has an all-world linebacker in Josh Allen and a running back in Benny Snell Jr. who would become the program’s all-time leading rusher with 107 yards in the Citrus Bowl.

“We are honored to be a part of this great bowl and looking forward to it,” Mark Stoops said. “It’s going to be a real challenge playing a great team in Penn State. We embrace that challenge and are looking forward to the opportunity of getting down there, getting in some sunshine, enjoying the weather and competing in a great game.”

The Citrus Bowl has a history of great games. One of the longest-running and most tradition-rich of all bowls, the Citrus Bowl has featured a matchup of ranked teams in 30 of the last 31 years, including the upcoming top-15 tilt between the Cats and Nittany Lions.

“This is a step for our program as we try to move this thing forward,” Athletics Director Mitch Barnhart said. “And really excited about the chance to showcase our program on the national stage with a team like Penn State. So that was spectacular. I’m really happy for our fan base. We get to go to a destination that I think is a lot of fun. And people are excited about that.”

That excitement has manifested itself in the form of fast-moving tickets. Limited availability remains in UK’s official allotment at UKFootballTix.com, but the response from the Big Blue Nation has been strong. That’s no surprise, as UK fans have shown that same kind of support in each of the last two years when the Cats made a bowl.

This time around, UK will be counting on experience in its preparation.

“None of us knew what was going to go on when we got down there, who we were playing because it’s a different conference, and it’s different that you don’t really hear much about them because you’re too busy watching your film and worrying about your next opponent,” Daniel said. “Being back there two years in a row, following up this third one, I think we know what to expect, and I think we know what we have to do to prepare and how well we have to prepare to go out and win this game.”

That won’t be easy, as the Nittany Lions are one of the best teams in the country. Led by Trace McSorley – the winningest quarterback in the program’s storied history – Penn State has been ranked in the top 20 all season.

“Just the tradition that Penn State has, a football powerhouse for the longest of times, and any time that anybody mentions Penn State football, everybody’s attention sparks up,” Daniel said. “They’re a really good football team. They’re very well coached. They’ve got some athletes and going out there and being able to compete against them is going to fun, and I can’t wait for the opportunity.”

With that in mind, expect the Cats to approach its upcoming weeks of practice with the same kind of focus they have brought all season.

“Like I’ve said this before, we hold ourselves to a different standard,” quarterback Terry Wilson said. “The way we practice and the way we go about things are different. I feel like our guys are hyped and ready to get after it. We’re going to practice our tails off. That’s all I can speak for. I just know as long as we handle what we need to handle everything will be fine.”

In spite of that confidence, UK will come into the Citrus Bowl the underdog – a familiar role for the Cats. If you are thinking that may lead to them being happy with simply playing in the game, you haven’t followed this team.

“It’s very special, and I’m very thankful that I’m a part of it, but at the same time, we’ve been to two bowl games and came back empty handed both times,” Daniel said. “It’s great that you made it, but if you made it, you might as well win it. That’s our mindset going into this one.”