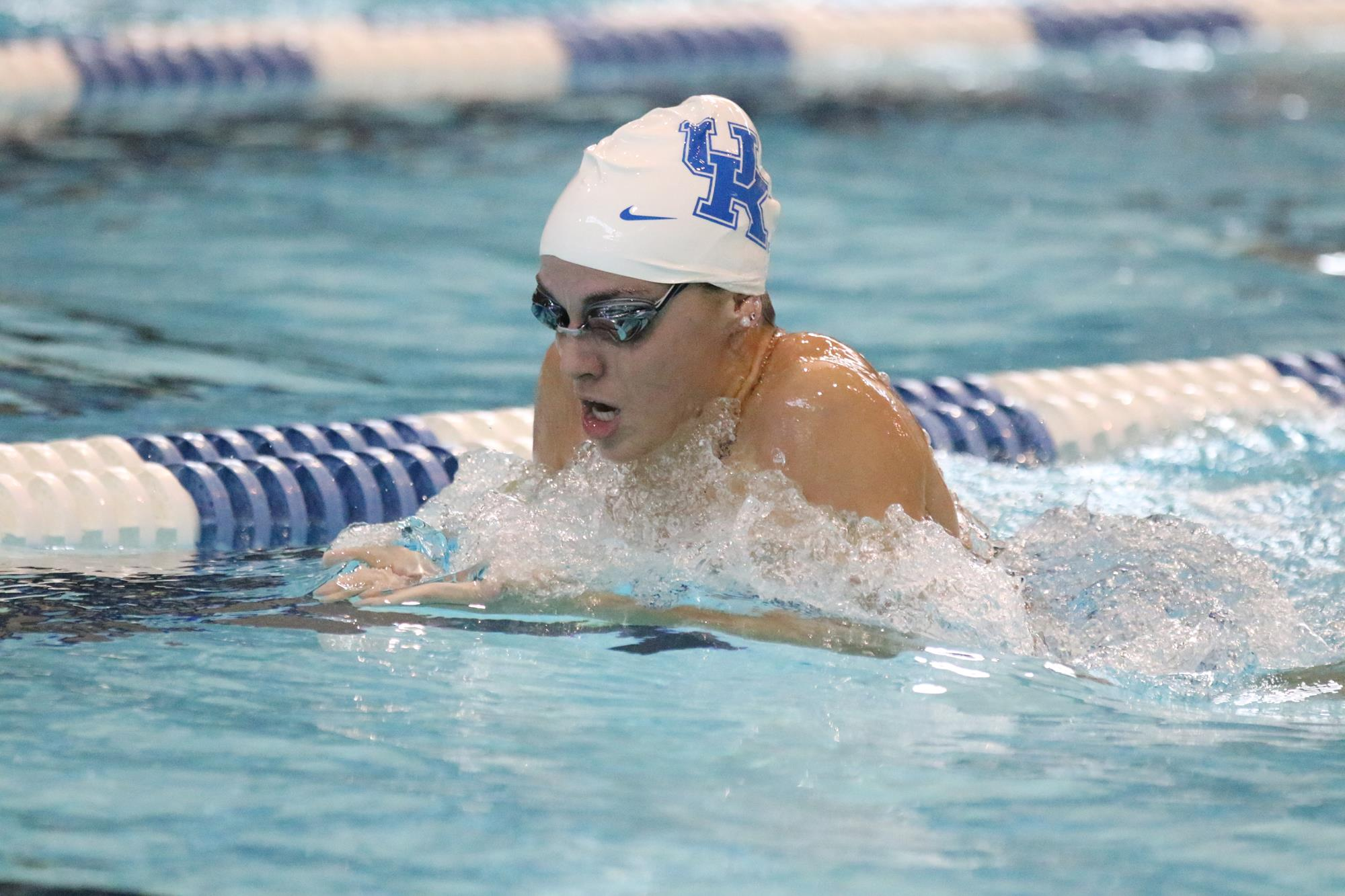 “Great finish to the meet,” said head diving coach Ted Hautau. “Lane and Masterton had some excellent dives, left a few points in the pool, but we competed well against some good international divers. Knight hit her last two to close out the win and Francetic was consistent throughout the meet.”

Three Kentucky divers – Knight, Lane and Masterton –already owned Zone C Diving Championship bids in each discipline ahead of the Miami Invitational, but saw an opportunity in Oxford to earn higher marks and contest in a fresh field. Francetic owned one bid on the 1-meter springboard approaching the weekend, while Hudson looked to earn her first.

Francetic took care of business in the Nixon Aquatic Center, clinching her second zone championship submission, charting a 295.20 in the 3-meter finals.

Like Knight and Masterton, Galyer produced a couple of stunning final-day performances, earning the top seed in the 200-meter backstroke preliminaries with a 2:10.97. Claiming lane four in the “A” finals, the junior clinched a third-overall finish with a 2:11.02. While Galyer has elected to swim for New Zealand in hopes of making their 2020 Olympic Team, two of her recorded times from Winter Nationals would have qualified for U.S. Olympic Team Trial cuts, including the 200-meter backstroke.

Her first would have come in the 100-meter backstroke with her “A” finals time of 1:02.40. Along with the two backstroke distances, Galyer also swam the 400-meter freestyle.

Wetzlar saw action in the 50- and 100-meter freestyle and the 100-meter butterfly. He remarkably set a Zimbabwe record in the 50-meter freestyle with a 22.87 during a swim off for a “B” finals position, which he garnered. The junior from Zimbabwe has chosen to swim for his native country, therefore his swim-off time will not be considered by the United States for the U.S. Olympic Team Trial cuts.

“I’m so happy with Wetzlar’s progress this year and to break a national record, wow, that’s an amazing accomplishment,” said head coach Lars Jorgenen. “I thought overall we were really good at this point in the season, but we have much work to do in the next six to eight weeks.”

The Kentucky swimming and diving program will not compete in December, but will return to competition Jan. 4-5 in Gainesville, Florida, in a tri-meet versus Florida and Ohio State.