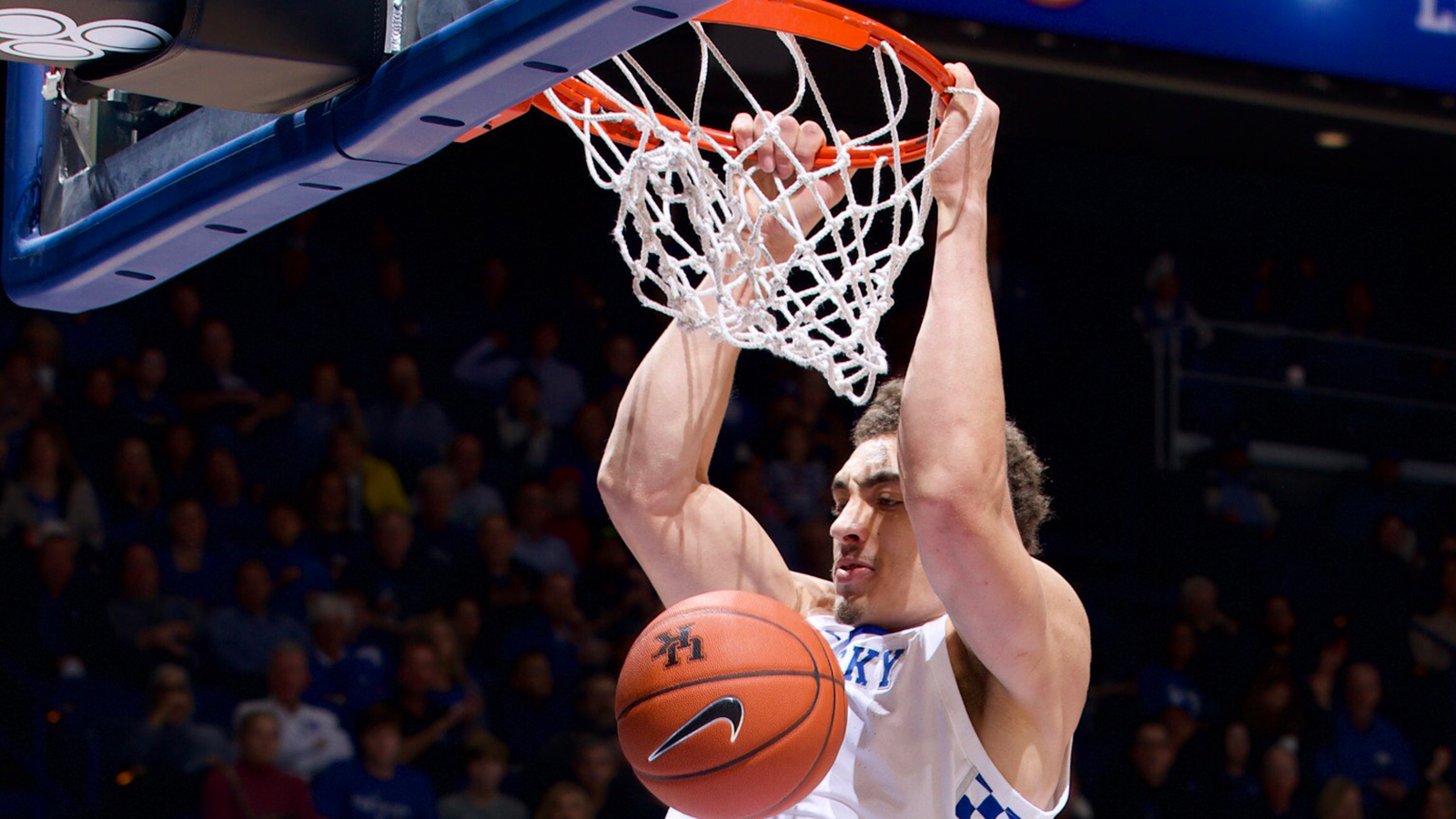 by Associated Press
Share
LEXINGTON, Ky. – Seeing Keldon Johnson elevating for thunderous dunks and big rebounds almost made it easy to forget the Kentucky guard had limped to the locker room after rolling his left ankle in the first half.

The pain he felt on every landing reminded Johnson of what happened, but otherwise it wasn’t a factor as he rallied the No. 10 Wildcats past UNC Greensboro.
”It’s all in the flow of the game,” he said. ”You just have to keep fighting and not show any weakness.”

Reid Travis scored 22 points, and Johnson added six of his 13 points during a 14-2 second-half run that helped the Wildcats beat the Spartans 78-61 on Saturday for their seventh consecutive victory.

This win revealed more about Kentucky’s mettle than other wins it has scraped for this season. Facing a team coming off an NCAA Tournament appearance and unawed by the Wildcats’ size or reputation, they took much of the game adjusting to UNCG’s style and pace.

The Spartans even seemed poised to take control, holding a 55-50 edge with 13:08 remaining, before Kentucky (7-1) had consecutive three-point plays by Travis and Ashton Hagans for a 56-55 lead.

Demetrius Troy’s jumper with 10:06 left put UNCG (7-2) back ahead but that was the last lead. The Wildcats made defensive stops during an 8-0 run led by Johnson, who followed two free throws with consecutive dunks for a 64-57 lead with 6:02 left.

”It was just understanding that it’s a long game,” said Travis, who also grabbed 12 rebounds for his first double-double with Kentucky. ”I don’t think there was a point where we looked up and we were down by five and we said, `Here we go again.’

”The guys understood that if we locked in, we could go on a run here. Everybody had that look where we could switch it on at some point.”

Tyler Herro (18 points) added consecutive baskets to make it 68-59 before capping the comeback with a 3-pointer with 40 seconds left. Kentucky shot 50 percent after halftime while holding the Spartans to 28 percent in the second half and 36 percent overall. Johnson also had 11 rebounds.

Francis Alonso had 22 points but just three after halftime as UNCG had its six-game winning streak end. Hagans’ second-half defense on Alonso had a lot to do with that as he held him to just one 3-pointer after the senior guard made all four long-range attempts in the first half.

”We said, we can either let the kid (Alonso) get 60 or put Ashton on him,” Kentucky coach John Calipari said. ”And then Ashton made him work to get shots and run, and all of a sudden you’re into their legs.”

Kentucky got tested, but likely will stay in the Top 10.

UNC Greensboro: Came off a record 78-point victory over Division III Greensboro College. The Spartans pushed their tempo for much of the game and had Kentucky out of sorts before losing their composure and managing just three baskets over the final 10 minutes.

”I thought their defense was tremendous in the second half,” coach Wes Miller said. ”We had a hard time coming by quality shots. I’d like our execution to be a little bit better, but you’ve got to tip your cap to them first because they made it really difficult for us.”

Kentucky: Calipari hinted this would be the first of several tests. Travis, Johnson and Herro came up big when they needed it on both ends with timely stops and baskets that pushed Kentucky ahead for good. Rebounding continued to be key for the Wildcats, who owned the boards 46-30 with 15 on the offensive end.

Seven dunks today, but only one @wendys #InstaJam. Absolute ??

The nail in the coffin and the shot of the game from @nolimitherro, who scored a career-high-tying 18 points.