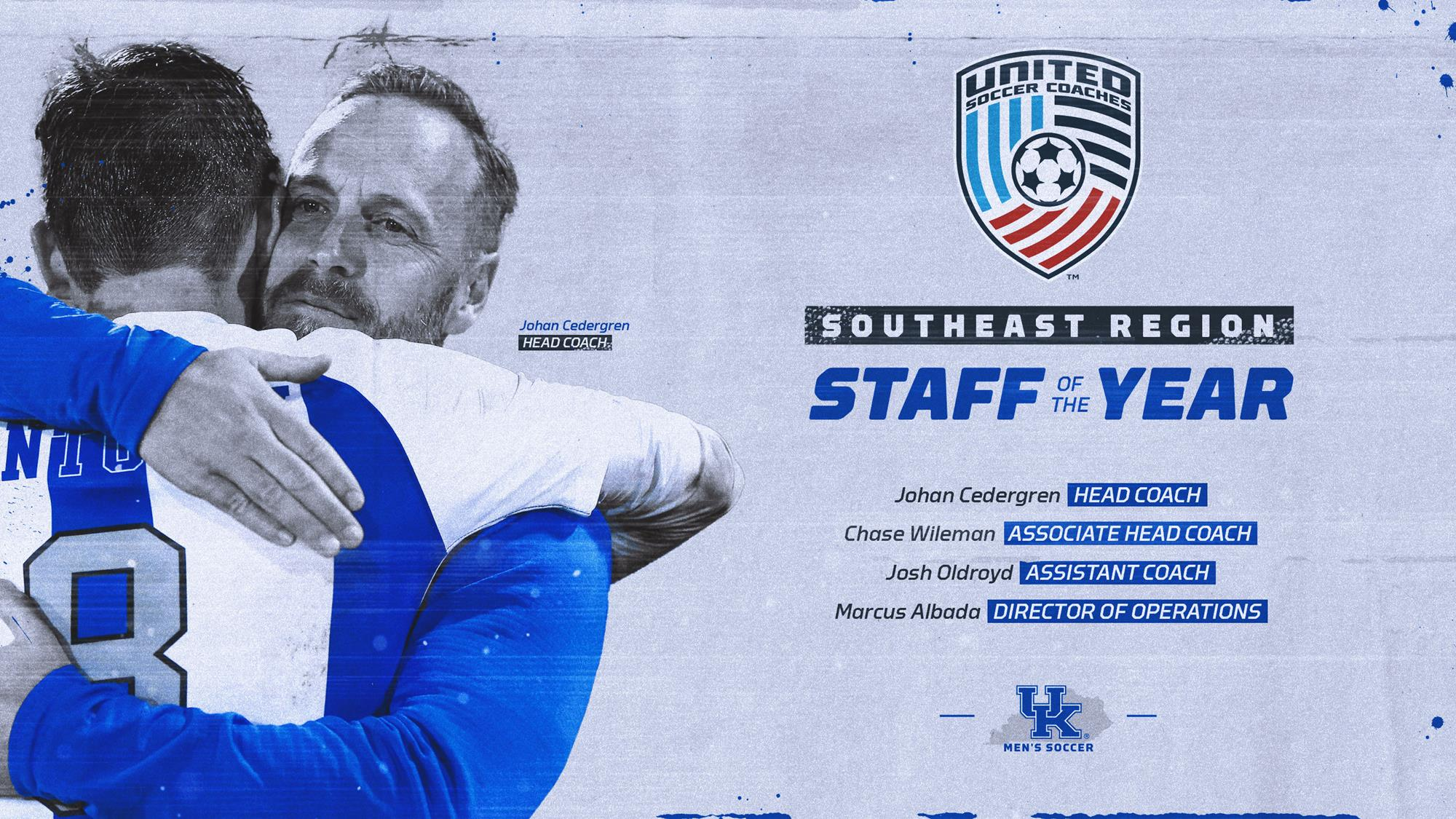 The staffs from the eight Division I regions will be recognized at the College Coaches Awards Reception on Jan. 10, 2019 at the United Soccer Coaches Convention in Chicago.

United Soccer Coaches will announce the Men’s and Women’s National Staff of the Year for all NCAA divisions on Friday, Dec. 14.

Cedergren and staff have led the Wildcats into Friday’s NCAA Tournament Elite Eight matchup against Maryland at The Bell.

Cedergren was named Conference USA Coach of the Year earlier this month, for the third time in his seven-year tenure at UK.

The Wildcats have a nation-best 19 wins going into the NCAA quarterfinals at 19-1-1 overall (No. 2 in DI won-lost-tied percentage).

The Wildcats have kept a program record 14 shutouts this season (67 percent), a total which is second most in the nation.