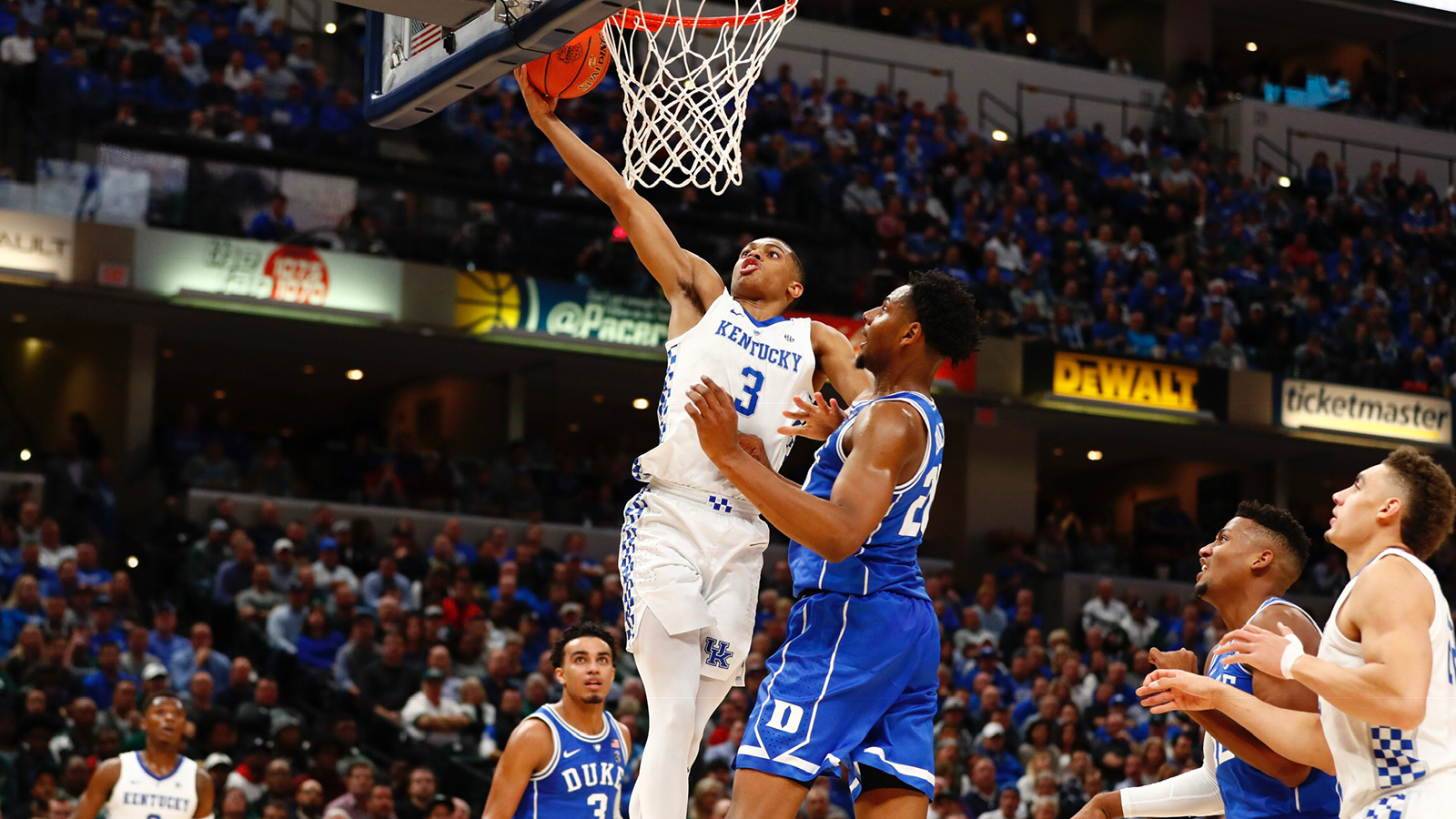 INDIANAPOLIS – Keldon Johnson scored 23 points and Reid Travis had 22, but second-ranked Kentucky lost to No. 4 Duke 118-84 on Tuesday night in the Champions Classic at Bankers Life Fieldhouse.

Tyler Herro added 14 points and a team-high nine rebounds for the Wildcats.

R.J. Barrett led Duke with 33 points, while Zion Williamson had 28 and Cam Reddish had 22.

Duke got on the board first via a Tre Jones three-pointer and the Blue Devils quickly built an 8-2 lead. Kentucky cut the lead to 11-8 on a jumper by Johnson, but Duke answered with a 9-0 run to lead 20-8.

Duke’s Barrett had 20 points in the first half, while Williamson had 13. Johnson led UK with 14 points and Travis had eight.

The Wildcats return to action on Friday night, hosting Southern Illinois at Rupp Arena. Tipoff is set for 7 p.m. and the game can be seen on the SEC Network.