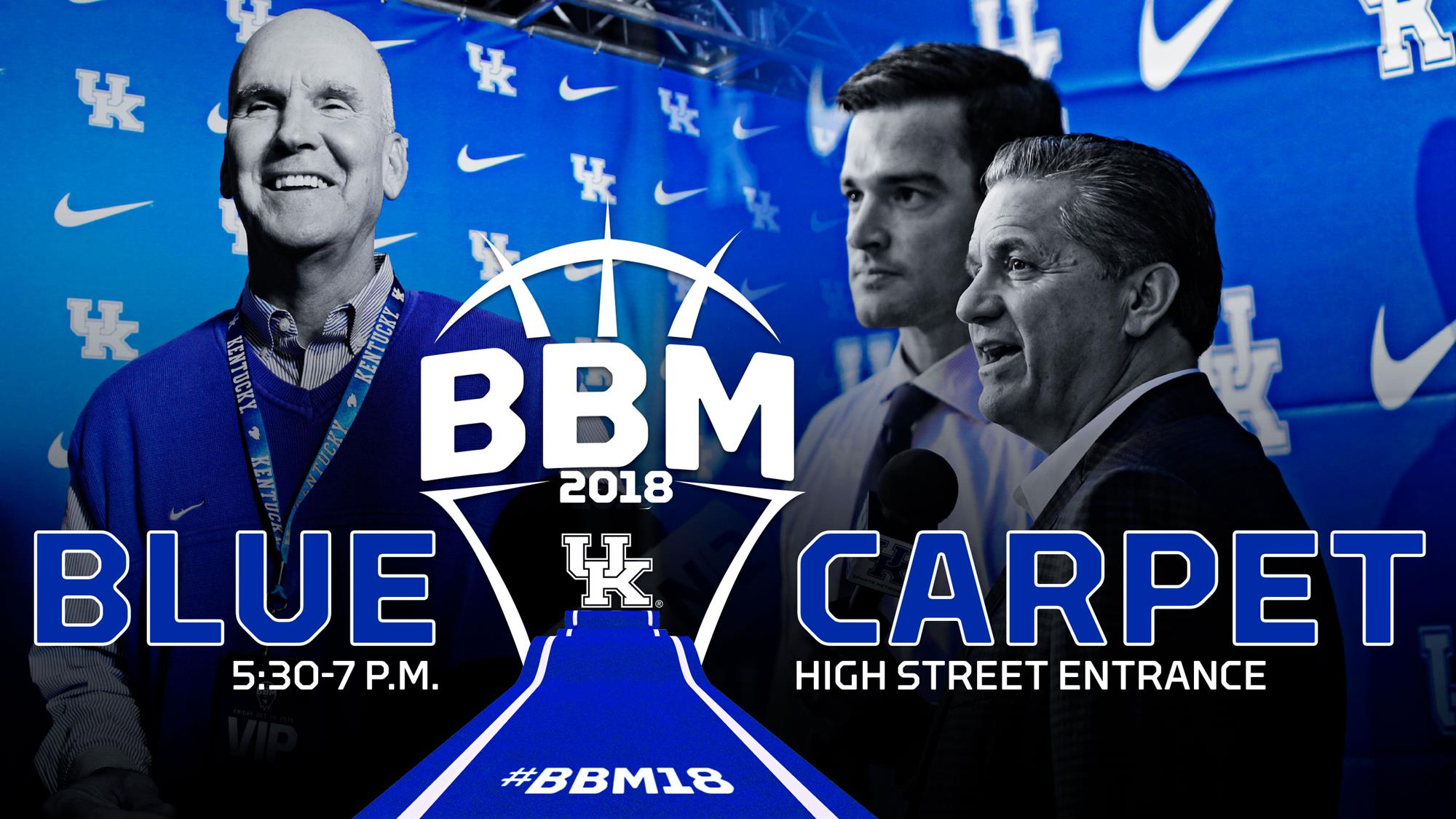 LEXINGTON, Ky. – The Don Franklin Auto blue carpet entrance into Big Blue Madness is back for year No. 3 and will be featured on the UK Sports Network pre-Big Blue Madness TV special, “Before the Madness.”

Before the big show gets started Friday at Big Blue Madness presented by Papa John’s, fans will have the opportunity to see the Kentucky men’s and women’s basketball teams and VIPs arrive at Rupp Arena on the blue carpet on High Street.

The teams, including head coaches John Calipari and Matthew Mitchell, along with featured guests, will enter the arena via the High Street entrance and walk the Don Franklin Auto blue carpet for an opportunity to greet fans, interview with media members and stop to have their picture taken.

Select members of the teams and VIPs will also interview with former TV personality Bradley McKee. Those interviews will be broadcast on the blue carpet for fans to hear.

For fans who will be watching from home, the blue carpet entrance will be featured on the Before the Madness special, which will be televised live from 5:30-7 p.m. on select UK Sports Network affiliates.

Before the Madness will feature exclusive interviews and behind-the-scenes content from the Kentucky men’s and women’s basketball teams and more. Dave Baker and Christi Thomas will serve as the hosts for the night and will be joined by Brent Carney, host of “This is Kentucky Basketball” and DeAnn Stephens, who will be on the Don Franklin Auto blue carpet to interview special guests.

For the third straight season, Before the Madness Madness will air regionally on a delayed basis on Fox Sports South. Below are the complete listings of networks throughout the state and surrounding regions:


For fans unable to make it to Rupp Arena for Big Blue Madness, the annual tipoff to the Kentucky men’s and women’s basketball seasons can be seen live on the SEC Network. It will mark the fourth straight season the annual spectacle will air live and in its entirety on a national network.

The two-hour show will also stream live via the WatchESPN app on computers, tables and smartphones. ESPN’s Rich Hollenberg will be on hand to make the call alongside analysts Sean Farnham and Debbie Antonelli.

Big Blue Madness presented by Papa John’s will feature introductions of both the men’s and women’s basketball teams, practice drills, videos and more. Doors will open at 5:30 p.m. and the event will begin at 7 p.m.

Free tickets for Big Blue Madness, which were distributed last week in-person at Memorial Coliseum and online, sold out in less than 40 minutes.

This will be the 14th time Madness has been held in Rupp Arena.