MEXICO CITY, Mexico – University of Kentucky women’s basketball freshman guard Rhyne Howard started her time with the 2018 USA Basketball U18 National Team in style Monday by scoring a team-best 14 points in USA’s 72-42 win over Canada in a friendly scrimmage.

Both teams were preparing for their first game of the 2018 FIBA Americas U18 Championship, which begins on Aug. 1 in Mexico City. The USA will open against Argentina at 7:30 p.m. EDT, and the game will be available to watch at YouTube.com/user/FIBAWorld.

The USA outscored Canada in every period, and by the third quarter, all 12 U.S. players had put points on the board. By game’s end, Howard led the way with 14 points. 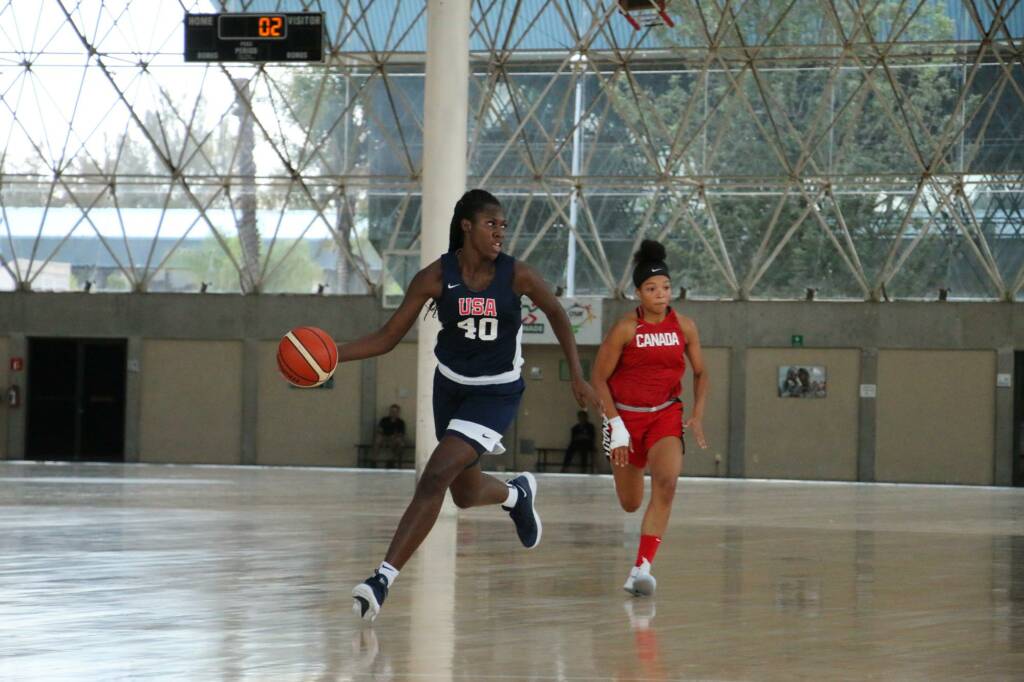 The 2018 USA U18 Women’s National Team will be defending eight-straight FIBA Americas U18 titles, a tournament in which the U.S. women have lost just twice (1992 and 1996), both times to Brazil and both loses resulted in a silver medal. Brazil did not qualify for the 2018 edition, but the USA will play Argentina, Chile and Puerto Rico in the preliminary round.

More information on the USA U18 Women’s National Team’s run at the FIBA Americas Championship, including roster, schedule and results, can be found at here.