Fifteen Wildcats are featured on five different editions of this year’s posters, which will be distributed at Kentucky Football Fan Day on Aug. 4, as well as area Kroger locations starting Aug. 4 at 8 a.m. The four players who received preseason All-Southeastern Conference recognition and were named to major preseason award watch lists are all featured.

Benny Snell, Jr. – who appears on the watch lists for the Maxwell Award and the Doak Walker Award – is joined on a poster by the five projecting starting offensive linemen who will block for him this season: George Asafo-Adjei, Bunchy Stallings, Logan Stenberg, Landon Young and Drake Jackson.

Season tickets remain available at UKFootballTix.com for $329 apiece with corresponding K Fund donations attached. Fans are able to use the Kentucky Football Virtual Venue to view and compare available seat locations and see a 360-degree virtual view from the seats inside Kroger Field. Payment plans will be available for new purchases and renewals.

Public season-ticket packages in Sections 201-203 and 209-211 are $254 apiece. Fans can view a seating chart with the various pricing levels here. The Kentucky Football Pocket Pass will also return for the 2018 season, which includes a mobile ticket to all seven home games for a discounted price of $217 while supplies last. 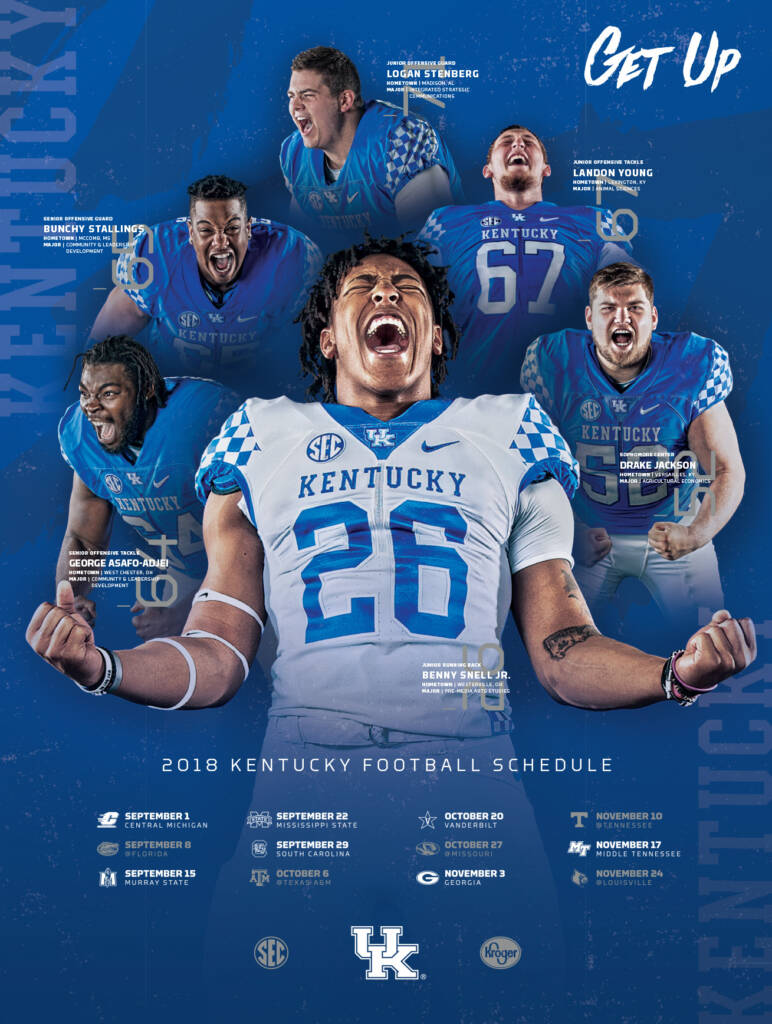 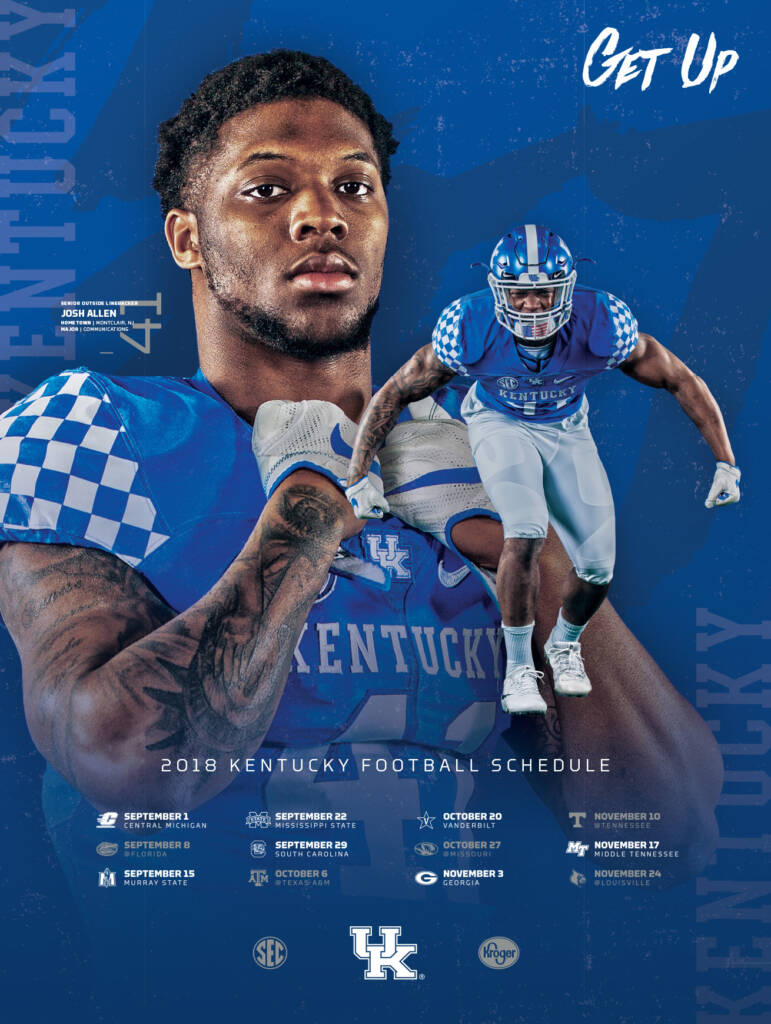 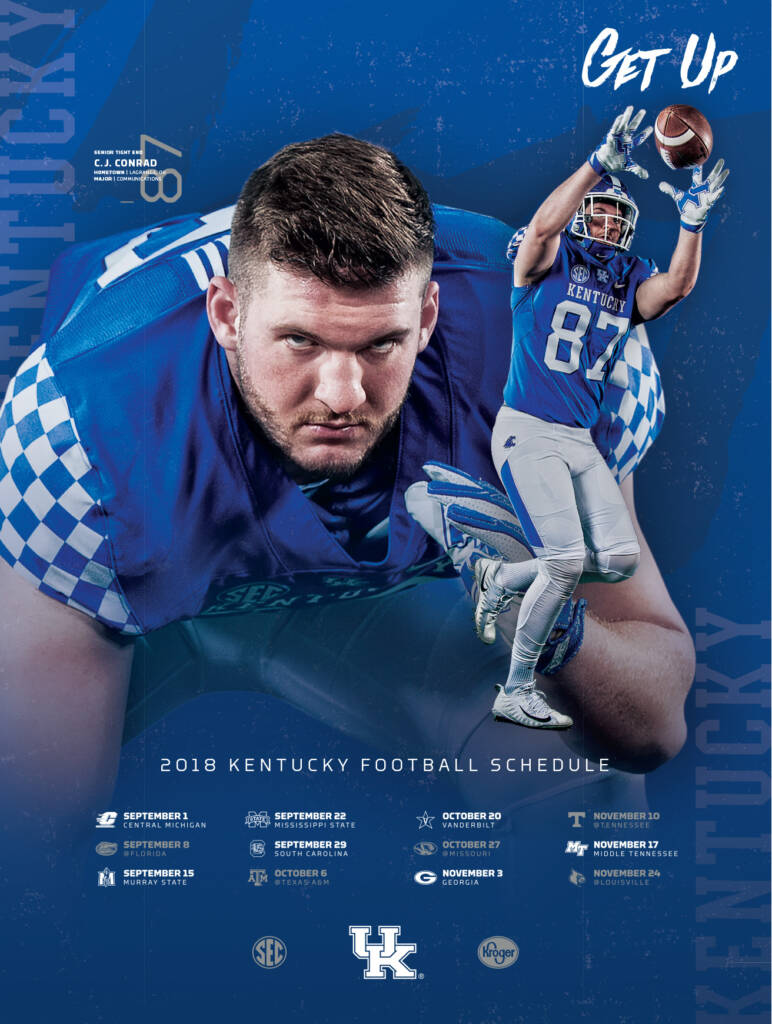 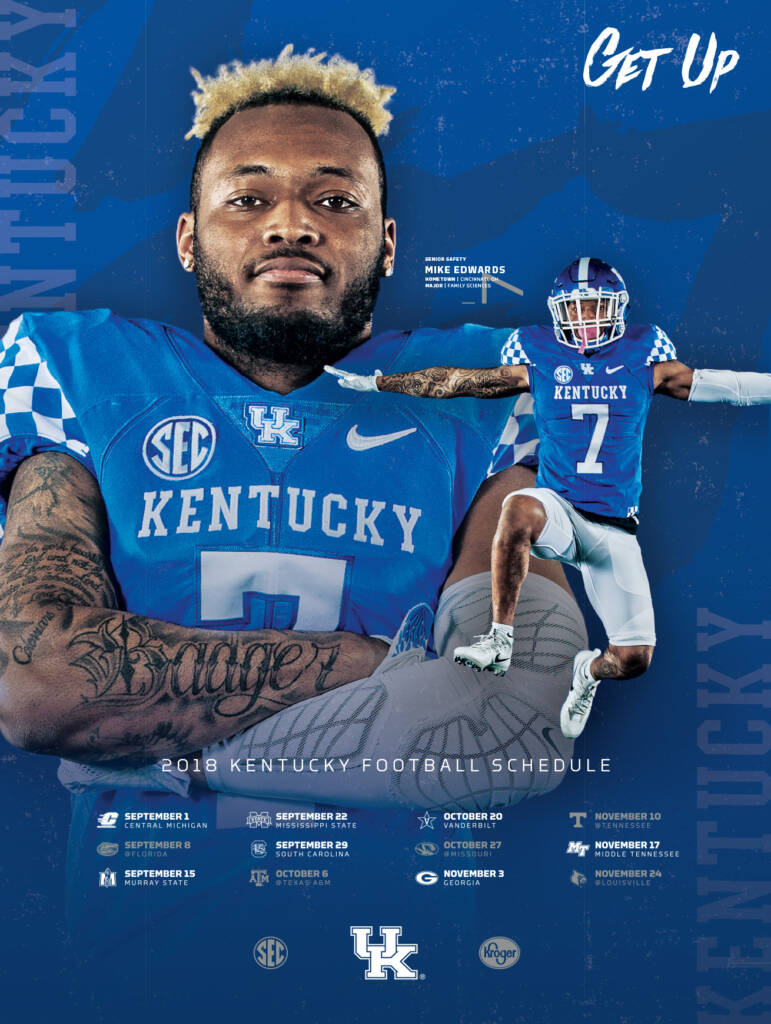 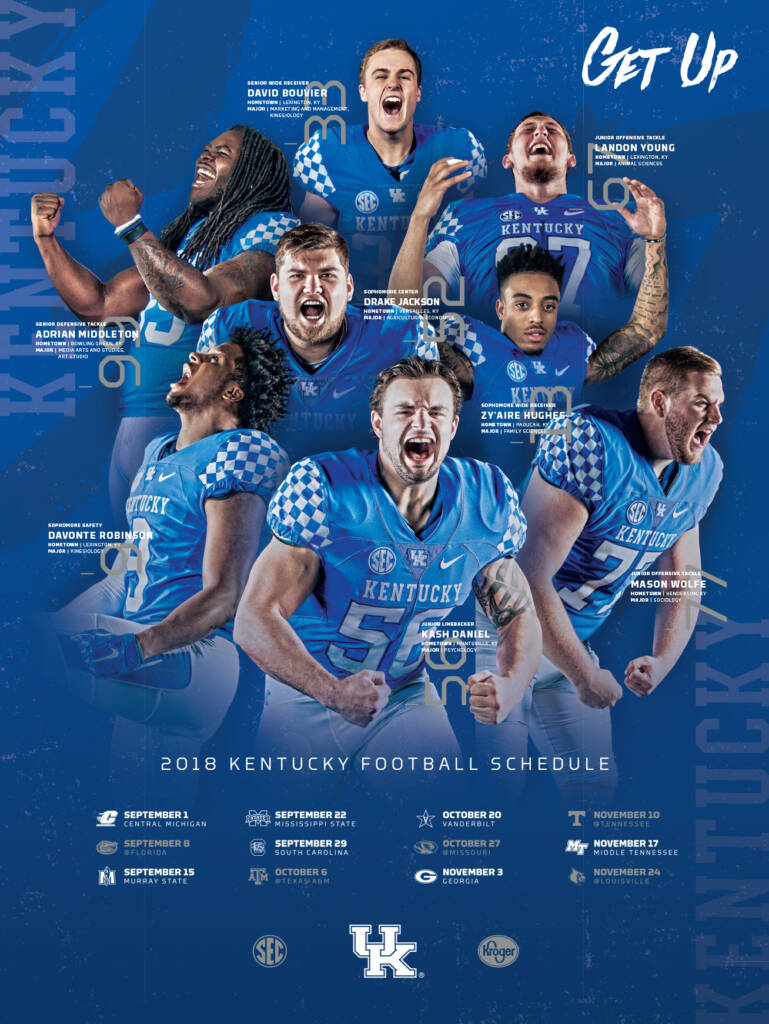