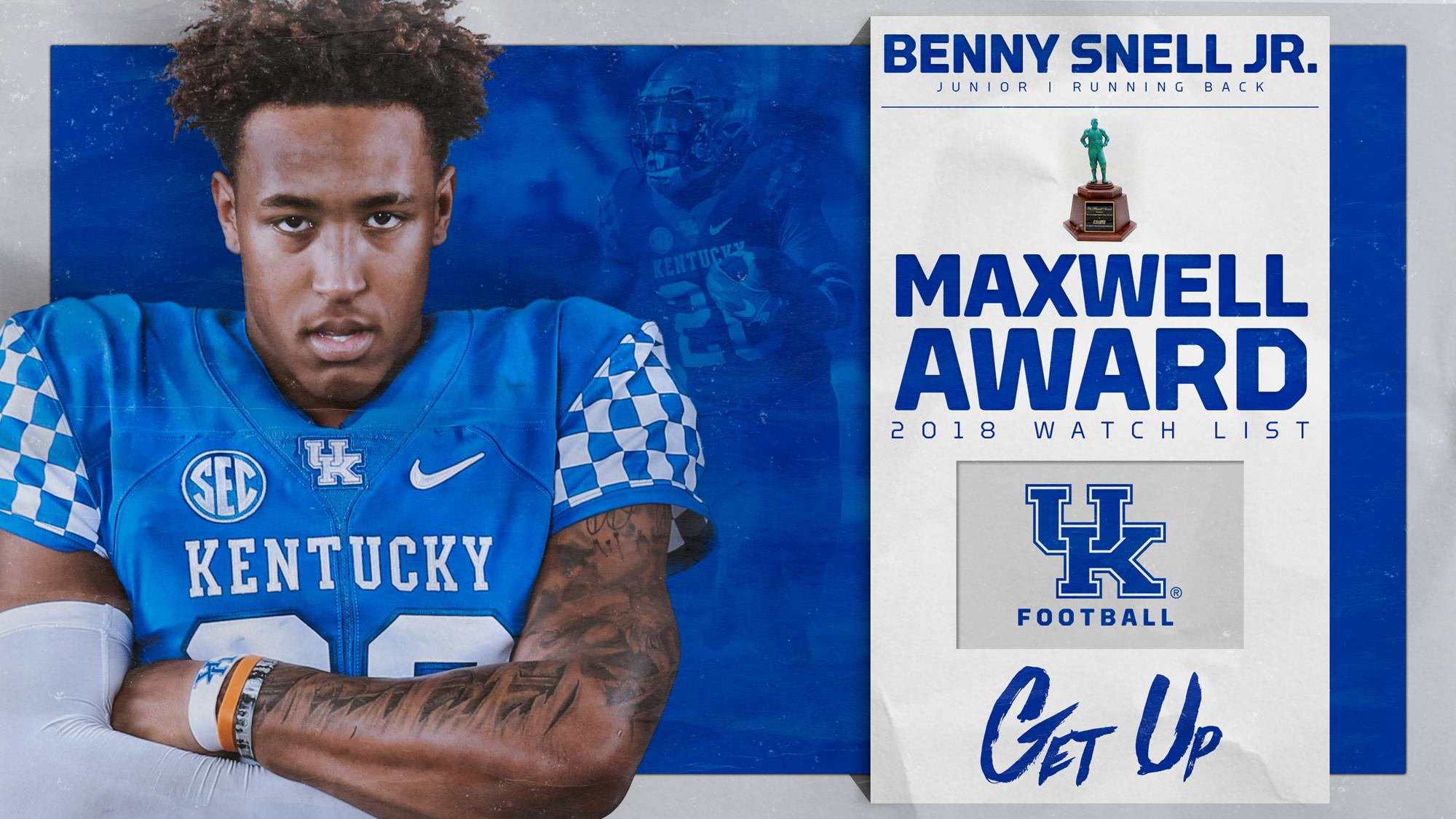 LEXINGTON, Ky. – University of Kentucky junior running back Benny Snell Jr., is one of 85 players nominated for the 82nd annual Maxwell Award. The Maxwell Award, named in honor of Robert W. “Tiny” Maxwell, has been given to America’s College Player of the Year since 1937.

Snell Jr., (Westerville, Ohio) led the Southeastern Conference in rushing touchdowns (19) and ranked third in total rushing yardage (1,333) and rushing yards per game (102.5) in 2017. His 1,333 rushing yards set a school record for most rushing yards by a sophomore. He also became the first player in school history to record 1,000 yards in consecutive seasons.

Maxwell’s contributions to the game of football were extensive, including time as a player, a sportswriter and an official.